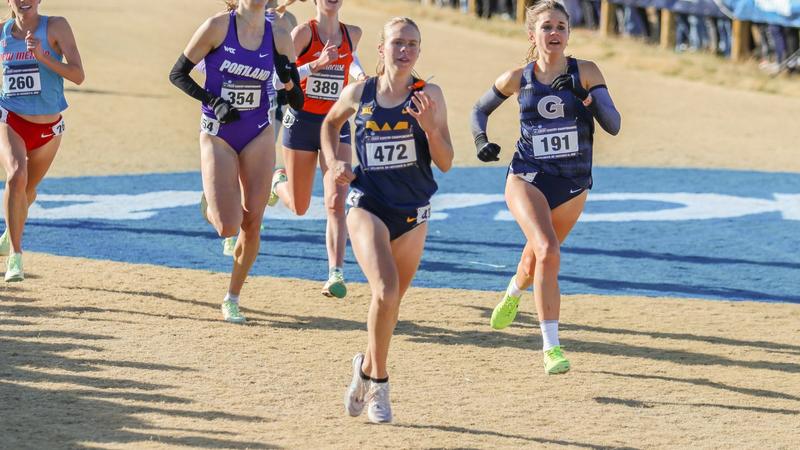 “Ceili’s performance in the championship season was almost perfect,” said coach Sean Clear said. “Last year she nailed the Big 12, the NCAA Regionals and the NCAA Finals. This year it was almost identical. Their consistency is unparalleled in program history, and this award reflects their work and record of wins.”

The honor was bestowed on McCabe after a remarkable 2022 cross-country season in which she went undefeated through her first four races.

“We are very proud to have Ceili as a member not only of this program but also of this department, this university and this great state.”

The Canadian started her 2022 season with a 5K at the Live in Lou Cross Country Classic. McCabe set a new women’s course record at the EP “Tom” Sawyer State Park with a first place finish and a personal best of 16:23.9 (5K).

In her opening event of the postseason, she placed first at the Big 12 Championships for the second straight year with a time of 20:08.4. McCabe became the first female climber in program history to win the title in 2021. She received the All-Big 12 Team honor for her performance.

She was the first mountaineer to cross the finish line at the NCAA Championships, where she became a First Team All-American after finishing 24th with a time of 20:03.2.