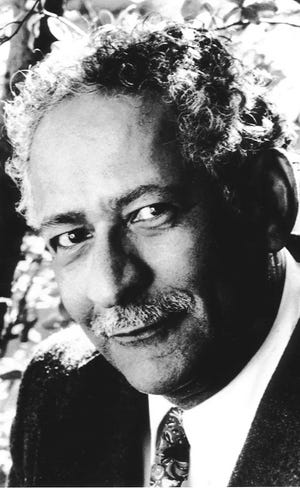 dr Maurice M. Martinez, a longtime professor at the University of North Carolina Wilmington’s Watson College of Education who was also a force in the port city’s cultural scene, died Monday, September 12. He was 88 years old.

Martinez was an educator by trade and an artist by nature: a published poet who organized slam sessions and presented his work at community meetings; an award-winning photographer and filmmaker with several documentaries screened at the Cucalorus Film Festival in Wilmington and the NC Black Film Festival; and a musician with a deep knowledge and love of jazz.

dr Candace Thompson, chair of UNCW’s Department of Instructional Technology, Foundation and Secondary Education, emailed Watson College on Wednesday to announce the death of her colleague.

“With the death of Dr. Maurice Martinez we lost a brilliant light at Watson,” Thompson wrote. “He was an instigator…of good trouble, soulful, funny, empowered, generous, and an artful man with a keen eye on history and a full love for the present and future.

“Those of us who have had the pleasure of knowing Maurice feel the hole he left in this world. We can rest easy knowing that Maurice fought the good fight every day through his art – writing, documentary, poetry and jazz, through his teaching and through his honest manner. As a black woman at this college, I was inspired by Maurice’s care and Wisdom encourages, protects and encourages. I will miss him. I always celebrate him.”

Born in 1934 in New Orleans’ 7th Ward, Maurice Manuel Martinez Jr. carried the city’s culture with him throughout his life. According to an article by Wilmington novelist Wiley Cash that appeared in Raleigh’s Walter Magazine last year, Martinez began taking photographs when he was a student at Xavier University of Louisiana in New Orleans. In the early ’60s he filmed concerts by jazz luminaries such as John Coltrane.

Last year, the Genesis Block Gallery in Wilmington presented an exhibition of Martinez’s photographs entitled A Time Capsule in Jazz.

After receiving his master’s degree in education from the University of Michigan, Martinez returned to New Orleans and taught public schools for eight years. Martinez’s mother, Mildred Bernard Martinez, was known for founding the first preschool and kindergarten for black children in Louisiana. The Martinez Kindergarten opened in New Orleans in 1934 and later had among its students the great jazz star Wynton Marsalis, New Orleans Mayor Sidney Barthelemy, and Atlanta Mayor and United Nations Ambassador Andrew Young.

When he returned to Michigan to pursue his PhD in education, Martinez met the woman who would become his wife for almost 50 years.

“We had a fabulous life together,” Marjorie Lu Martinez said, noting that she and her husband celebrated their 49th wedding anniversary in 2021. “He was a Renaissance man, that’s what we called him.”

After receiving his doctorate, Martinez spent two years in Brazil on a grant from the Ford Foundation to do field research and play in a jazz band as part of a US Embassy-sponsored concert tour. He spent 24 years as a professor of education at Hunter College in New York City, where among other things he helped host jazz concerts at Lincoln Center and elsewhere, including shows with Wynton Marsalis.

Known for his quick wit, engaging smile and playful personality, Martinez has been immersed in the port city’s cultural scene since arriving in Wilmington. He organized and attended poetry readings across the city, including at UNCW and the former Water Street Restaurant. In nearly 20 films, he documented life in both his hometown of New Orleans and in southeastern North Carolina, often focusing on people who might otherwise have been overlooked.

In 2006, Martinez’s documentary about the living conditions of migrant workers was shown at the Watson School. His short documentary Irene, about a poor Pender County woman who grew up in poverty but found success in the US Navy, was screened in Cucalorus. Also screening at Cucalorus was his sweet and touching short film 1st Grade Wisdom: What’s Inside of Me, which set the thoughts of children at Wilmington’s Winter Park Elementary School to a jazzy score and combined Martinez’s passions for education, filmmaking and jazz .

In 2014, Martinez won second place at the North Carolina Black Film Festival in Wilmington for The Piano Entertainer: ‘Stompin’ Grenoldo Frazier, a documentary about his friend and the Wilmington music legend. Frazier, who died in 2018, had a style that encompassed New Orleans jazz and blues that was undoubtedly dear to Martinez’s heart.

After his retirement, Martinez, who taught until he was almost 80, remained active in Wilmington’s cultural affairs. As a board member of the Cucalorus Film Festival, he was often asked to present films as an “opening act” of sorts.

“He would tell stories or recite one of his poems,” said friend and colleague Roberta Penn. “Maurice was just a natural in front of an audience, whether it was a movie theater, a nightclub or a party. His experiences were so rich that there was always a rich treasure trove of life to draw from.”

In 2017, a review of the Cucalorus Festival in Filmmaker magazine recalled that Martinez, “aka Marty Most, gave a rambling and insightful introduction to the roots of the blues, concluding with a little music played on a gas stove hose”.

In 2001, Penn and Martinez collaborated on North Carolina Blue Notes, a series about North Carolina-born blues and jazz musicians that was broadcast on public radio stations across the state. Penn was the writer and producer and Martinez was the cultural consultant and narrator.

In Cash’s story for Walter Magazine, Martinez claimed to be the first person to play electric bass in New Orleans, called himself New Orleans’ first beat poet, and said he was the first published writer to describe New Orleans in print Dubbed the shape “The Big Easy”. Martinez also wrote an autobiography entitled BLACKCREOLE.

Survivors include his wife; two sons, Maurice Miles Martinez and Torin Joseph Martinez; a sister, Josepha Weston; and many grandchildren, nieces and nephews.

A traditional jazz funeral is scheduled for October 15 at Corpus Christi Church in New Orleans. The family will host guests on October 14 from 6:00 p.m. to 10:00 p.m. at the Rhodes Funeral Home in New Orleans, inviting them to speak about Martinez’s life. 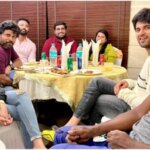 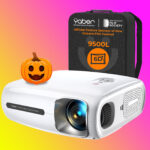 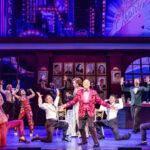 Review: BroadwaySF’s “The Prom” is most successful when it starts deliciously low 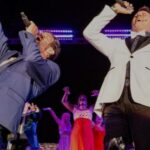 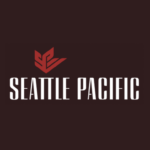 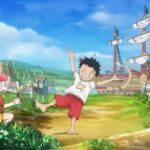