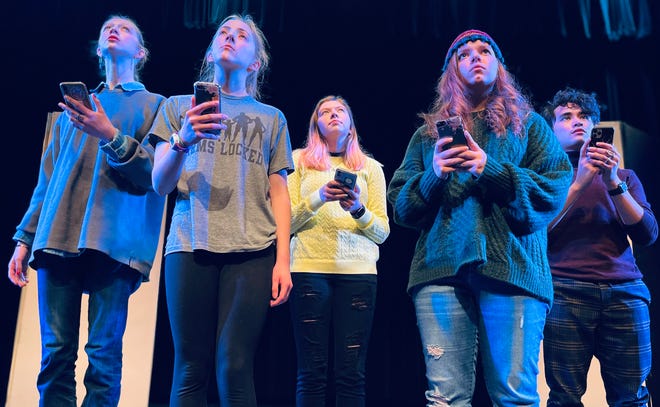 The Abbey Theater of Dublin, Short North Stage and a professor from Otterbein University were among those honored during the 21st Theater Celebration Night.

“Wicked” comes:What is it like to work behind the scenes in a theater production?

The Roundtable, which returned to its annual awards program for the first time since 2020, replaced its previous annual competitive “Bests” awards with a focus on excellence in five areas.

The Theater Education mention went to Andrew Protopapas, CATCO’s interim director of education, who led the company’s efforts to continue educational offerings during the pandemic by converting summer camps and in-school residencies into virtual Zoom programs.

The Emerging Leaders Citation went to Shane Davis and the Worthington Community Theater for creating a more outlandish “After Dark” series.

Stories behind the curtain:Workers tell stories about costume crises

The roundtable also presented the Greater Columbus Arts Council with its collaboration award and a scholarship to Zuri Clarno, a STEM student.

Short North Stage, helmed by Artistic Director Edward Carignan, received an award for his “tenacity, resourcefulness and graceful transition to diverse streaming and hybrid formats” during the peak years of the pandemic while working with veteran Broadway and off-Broadway talent collaborated to produce new works and extended area premieres of New York hits.

The Circle’s Roy Bowen Lifetime Achievement Award went to Rob Johnson, who retired in 2021 after 34 years as Otterbein Professor, for four decades of consistent artistic practice as a stage/lighting designer and mentoring new generations of theater artists.