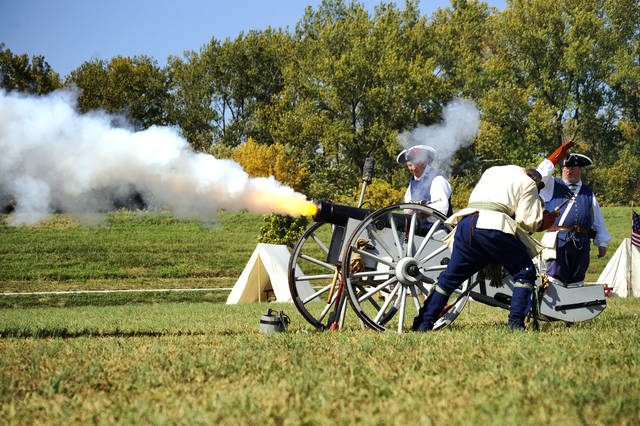 HARTFORD – The 219th anniversary of the Lewis and Clark Expedition’s arrival at their winter camp in Illinois will be celebrated during the “Arrival at Camp River Dubois” event to be held Saturday and Sunday, November 10-11. December, at the Lewis and Clark State Historic Site in Hartford.

The activities take place between 10:00 and 16:00 in the Interpretation Center. The event is free and open to the public.

Soldiers in historical uniforms will be there. Lewis and Clark Expedition uniforms can be seen atop White Pirogue boat protesters. The artillery unit of the War of 1812 will display and interpret their guns and equipment; Some of the expeditionary soldiers continued to serve during this conflict. Ed Dulaney will demonstrate survival tactics during a military campaign.

Artisan Barb Miner will share their skills and craft knowledge to help visitors create their own reed and construction paper Christmas decorations. These simple designs ensure everyone can go home with one. Exhibitors will share unique elements of the expedition and the early 19th century.

Exhibitor Bob Mitchell will share rocks and minerals that Meriwether Lewis would have encountered. Mark West will be displaying antique tools similar to those used by the expedition’s carpenters.

Historian Ken Porter will exhibit a range of frontier artefacts including trading beads, furs, tomahawks, flintlocks and medical instruments. Paul Imes will also talk about medical instruments and practices of the early 19th century as a frontier doctor. Jeffrey Edison will examine the role of York, the sole enslaved member of the expedition, and his many contributions to the exploration effort.

Another exciting addition this year will be the visit of Saint Nicholas. Children are invited to bring their pictures with him and see how gifts were brought to children in the early 19th century. They might even get a treat from Santa himself. This tradition dates back to the French communities living in early Illinois.

The Lewis and Clark State Historic Site is located in Hartford, Madison County. The Interpretive Center and reconstructed Camp River Dubois reveal the important role Illinois played in the Corp of Discovery’s preparations as they wintered from December 1803 to May 1804.

The site is operated by the Illinois Department of Natural Resources with support from the Lewis and Clark Society of America.