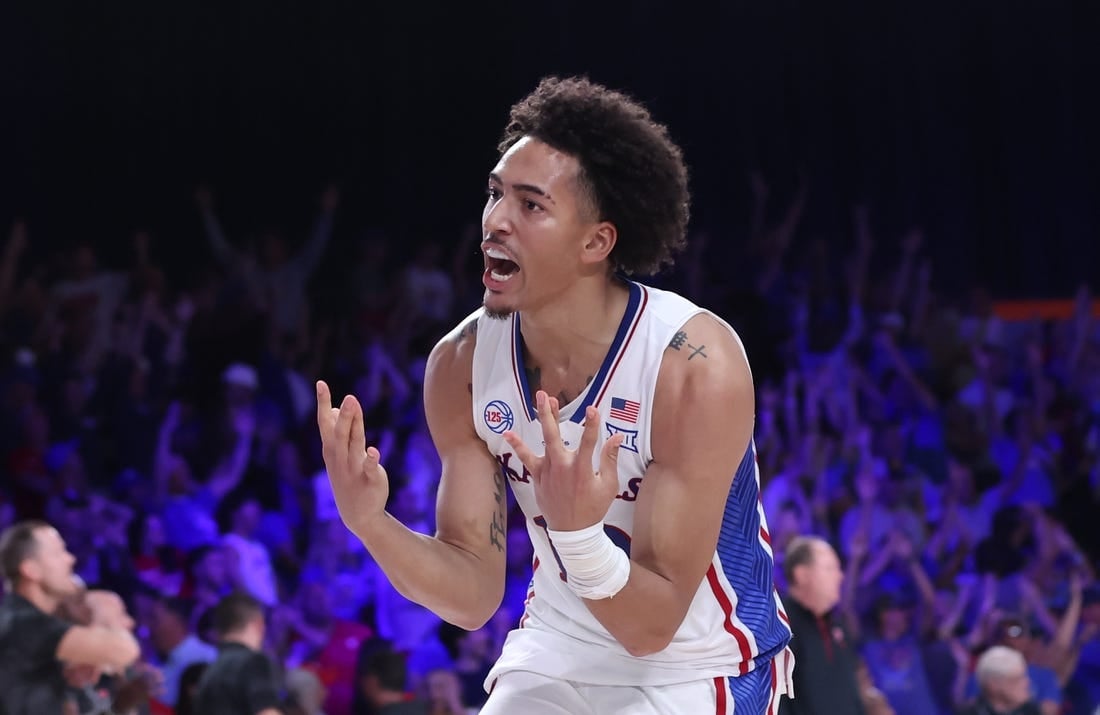 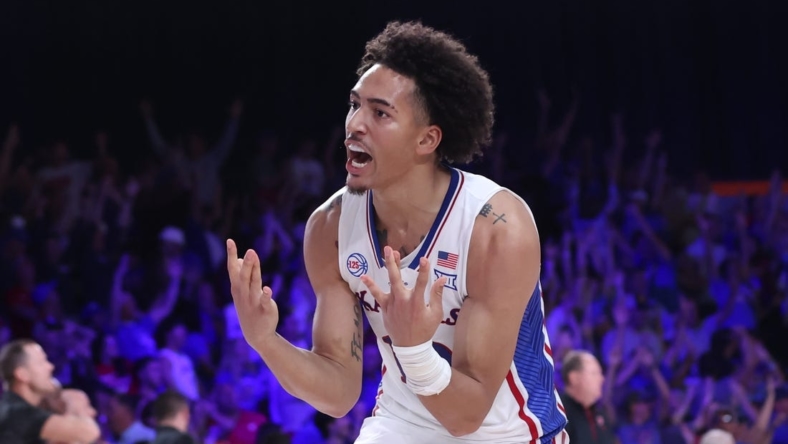 There will be many desires on Friday when No. 3 Kansas takes on No. 22 Tennessee in the championship match of the Battle 4 Atlantis tournament on Paradise Island, Bahamas. The question is how much energy will be available.

Both teams worked overtime in the semi-finals and will be on the pitch for the third time in three days with a lot at stake.

Kansas (6-0) delivered a 69-68 win over Wisconsin in the semifinals and secured the win when Bobby Pettiford made a reverse layup off a Zach Clemence who missed a 3-pointer with three seconds left.

Pettiford was between the top of the 3-point line and center court when Clemence made his shot and still made it under the basket to catch a deflected rebound and take the shot.

“This is the most incredible layup I’ve ever seen and the best finish in college basketball this season,” said Kansas head coach Bill Self. “Just an incredibly athletic game.”

Jalen Wilson led Kansas with 29 points and 14 rebounds while Kevin McCullar Jr. had 18 points with nine rebounds. McCullar hit a 3-pointer with 11.8 seconds remaining in control to force overtime.

Kansas earned its 17th straight win dating back to last season, though it was outplayed 43-30 in the second half.

Victories have not come easily for the Jayhawks in the Bahamas. They were pushed late in their 80-74 first-round win over NC State on Wednesday.

“We had nothing left (after halftime) and they had totally outplayed us,” said Self, who has his seventh 6-0 start in his 20 seasons with the Jayhawks. “Obviously at the end of regulation and at the end of overtime we’re doing two games that basically gave us the win. We weren’t the best team today.”

Now, 10 days after a 69-64 win over Duke in a neutral game in Indianapolis, the Jayhawks have a chance to pick up another resume-building win.

Tennessee (4-1) found their way into the title game with a 73-66 win over Southern California. Santiago Vescovi hit a 3-point opener with 1:45 overtime remaining, his only long-range shot in eight attempts.

Freshman Julian Phillips scored a career-best 25 points for the Volunteers, who are back on track after a surprise 78-66 loss to Colorado on Nov. 13 at a neutral court in Nashville, Tenn.

Thursday’s win was anything but pretty for Tennessee, as evidenced by his 37.5 percent shots from the field, including 16.7 percent (3 of 18) from 3-point range. The volunteers backed their chances by forcing 20 turnovers and turning them into 25 points.

“I think a lot of our offense comes from our defense. So if we play good defense and focus on the defensive end and turn them around, we better get on our offense and we get into this run-and-gun offense,” said Tennessee’s Olivier Nkamhoua, who had 12 points with six rebounds. “We could play faster.”

The teams last met in the SEC/Big 12 Challenge two seasons ago when then-No. 18 Tennessee defeated No. 15 Kansas 80-61 in a home game for the Volunteers.