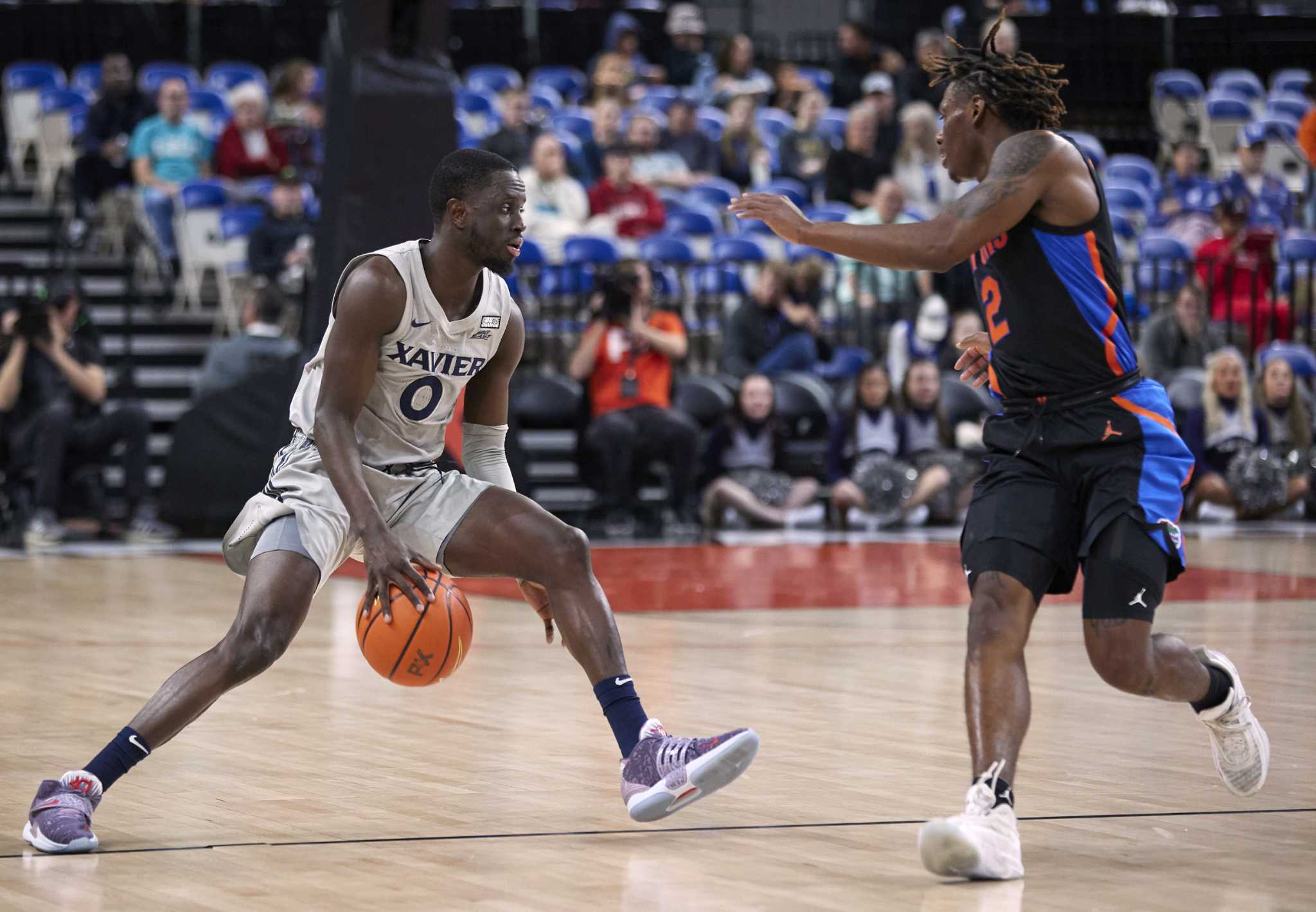 This is a carousel. Use the Next and Previous buttons to navigate

Xavier was up by as much as 11 points in the second half but his lead was reduced to three possessions, most recently with 3:14 to go.

Xavier was off with a 3-pointer but grabbed the offensive rebound and Adam Kunkel made a driving layup to start a six-point streak for an 88-79 lead.

Jones was 8 of 12 from the field, including 4 of 5 from 3-point range, and Boum had seven field goals and seven free throws. Xavier shot 56% overall, including 10 of 20 from long range.

Trey Bonham, making his first start after moving from VMI, led Florida (3-2) with 23 points and Will Richard, a Belmont transfer, added 18. Colin Castleton, who averaged 25.3 points per game, had 11 points, 10 rebounds and four assists, and Riley Kugel had 12 points.