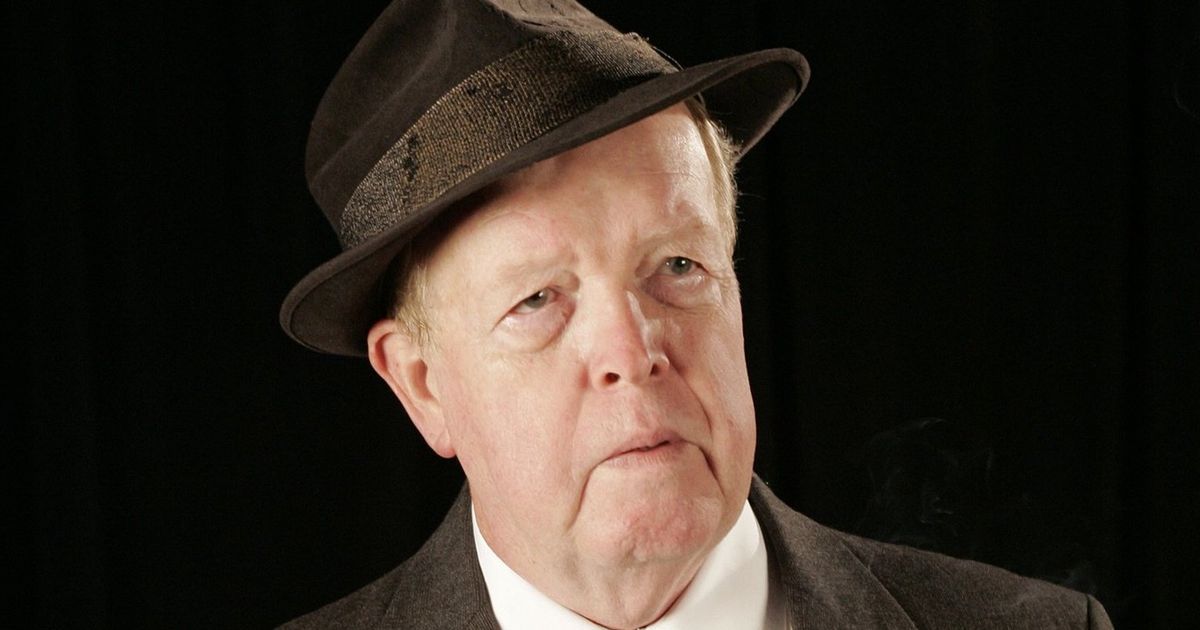 Editor’s note: Misha Berson was a theater critic for the Seattle Times from 1991 to 2016. Here she remembers John Aylward, the quintessential Seattle actor.

One of the first shows I saw after becoming a theater critic for the Seattle Times in 1991 was a raucous version of Molière’s “The Miser” at the Seattle Rep.

I knew there were a lot of good actors in Seattle and this production was positive proof. It was packed with them. But the one who impressed me the most was John Aylward.

Aylward died unexpectedly at his Capitol Hill home on May 16 of natural but still unexplained causes. He was 75 years old and according to Mary Fields, his 36-year-old artist wife, he had been unwell for some time.

When I found out about his death, his amazing role as the title character in The Cursed Man came to mind. In my review, I called him “a cross between Archie Bunker and Charles Laughton as Quasimodo” and wrote that Aylward “attacked the role with such panache it’s hard to hate the old coot.” He flits and preens, roars one minute and squeaks like a weasel the next, tucks back the skirt of his long coat like a monstrous lizard wagging its tail, he’s a great Hellbringer…”

This was the first of many Aylward performances I deeply admired. Simply a force of nature on stage, he has been a quintessential Seattle actor for more than 40 years.

The eldest child of a large Irish Catholic family, Aylward grew up on Capitol Hill and discovered acting at an early age in parish school. A graduate of Garfield High School, he was one of the first students accepted into a new acting program at the University of Washington that would produce many notable performers.

Making his professional debut in the 1970s at Seattle’s ACT Theater (co-founded by Gregory Falls, a former chairman of the UW School of Drama), he became an integral part of a soaring ensemble of versatile, fearless young actors who helped launch ACT to place Empty Space and The Bathhouse on the National Theater map. Loved by his peers, he performed with honors in all these theaters.

From the 1990s he juggled stage roles with a successful career in Hollywood. He seemed to be popping up all over the screen: in consecutive roles on ER and The West Wing, most recently in USA Network’s Briarpatch, and in dozens of other television series and films. But his primary residence remained in Seattle. And whenever we spoke (he was a warm and funny interviewee with an Irish gift for storytelling), Aylward made it clear that the Seattle stage was his first love.

Stocky and bald from an early age, he never expected to play a romantic lead, and didn’t mind playing much older men — often boisterous and argumentative ones — well before he was 40. He approached each role with enthusiasm, being a master of comedy as well as being structured and believable in drama.

Some of my favorite performances were also some of his. He was deeply distressed as Shelley, a hapless salesman in David Mamet’s “Glengarry Glen Ross” in the Seattle Rep. In “Inspecting Carol” (also in the Rep) he was hilarious as a prima donna actor who spun elaborate nonsense in a doomed staging of himself gave “A Christmas Carol.”

“An accomplished and widely respected actor, John left an indelible mark on the Seattle theater community and everyone he has worked with throughout his long career,” the Seattle Rep said in a Facebook post.

At his last curtain call in Seattle on ACT in 2015, he threw himself into the role of overbearing southern patriarch Big Daddy in the Tennessee Williams classic Cat on a Hot Tin Roof. In Big Daddy he found the bully, but also rare glimpses of tolerance.

He played Shakespeare’s Caesar, Miller’s salesman and, yes, Scrooge in A Christmas Carol. And no doubt many Seattle theatergoers will remember their favorite Aylward performances from the 1970s and 1980s before I was here.

I also saw his sensitive portrayal of the brilliant, tormented poet and UW professor Theodore Roethke at the ACT Theater in the 2007 one-man play First Class. Like writing great poetry, acting is a balancing act. And a line from Roethke seems like a fitting epitaph for this actor: “What we need is more people who specialize in the impossible.”

Aylward is survived by his wife, brother and sister, nieces and nephews. Plans for a memorial service will be announced later.