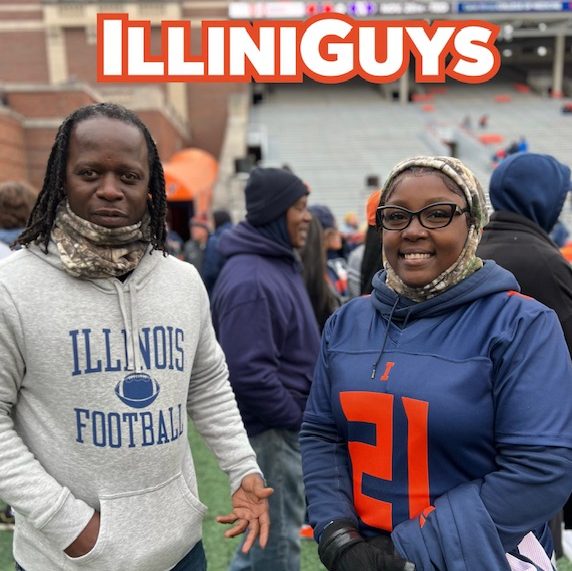 Illinois defenseman Jartavius ​​”Quan” Martin is having a remarkable year on defense for the Fighting Illini. For Martin, from Lehigh Acres, Fla., playing soccer in the Midwest in the winter can sometimes be a challenge.

Jarvis and Desiree Martin are the parents of the senior who is set to be the new spokesman for the families of all prospective recruits. So much so that Jarvis said, “We love Illinois. It was the best decision ever for my son in terms of football, the people here are great, I know it’s cold but I want to move to Champaign. This coaching staff is the right thing to do.” 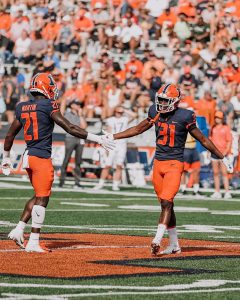 By the time he left high school, he was a two-star Rivals recruit and was ranked the 101st safest in the nation by ESPN, but he’s proven that numbers don’t judge player development. This year, Quan has 38 solo tackles and 48 overall, with a season-high against Wyoming and Wisconsin. The year is drawing to a close for Quan and his career in Illinois, but a career his family will forever cherish.

“We are not finished yet; we’re going bowling again. We’ve already made history, but we’re not done yet. I believe in this team – we have to keep fighting; this is us, the Fighting Illini.” said Jarvis.

Desiree said: “We are glad that our son is here. It’s all about perseverance – he never gives up, he’s grown in so many areas because he’s here. When the program wasn’t going so well, he never stopped. We teach that we keep fighting in our house.”

Under defense coordinator Ryan Walters, he’s changed the whole perspective, and Illinois has an identity. They pack well, they hit hard and they cover well. Illinois led the entire county in well over 70 percent of defensive categories.

The target now is the NFL.

“We’re close, he’s knocking on the door of a childhood dream. Coach Walters has empowered these kids to succeed at the next level. I also want to thank the City of Champaign for bringing us in and all the media people like you matter to us all,” Jarvis said.

Recently the Big Ten Network published an article about Jarvis, his passion and love for the fans and players didn’t go unnoticed. Several recruits saw the episode and referred to it on graduation day.

“I love the Illinois fans. As you can see, I’m a sociable person. They wear orange and blue, we’re friends. I want to meet them all, I will say hello and mingle with them. We are a family here, I will laugh with you. They make my family feel at home here. I wouldn’t mind the move,” Jarvis said.

Illinois staff have made Illinois a place where they not only recruit the students but also the families. Bielema was able to persuade many of the parents to stay when the managerial change happened, trusting in his vision. It was a great choice for Quan.