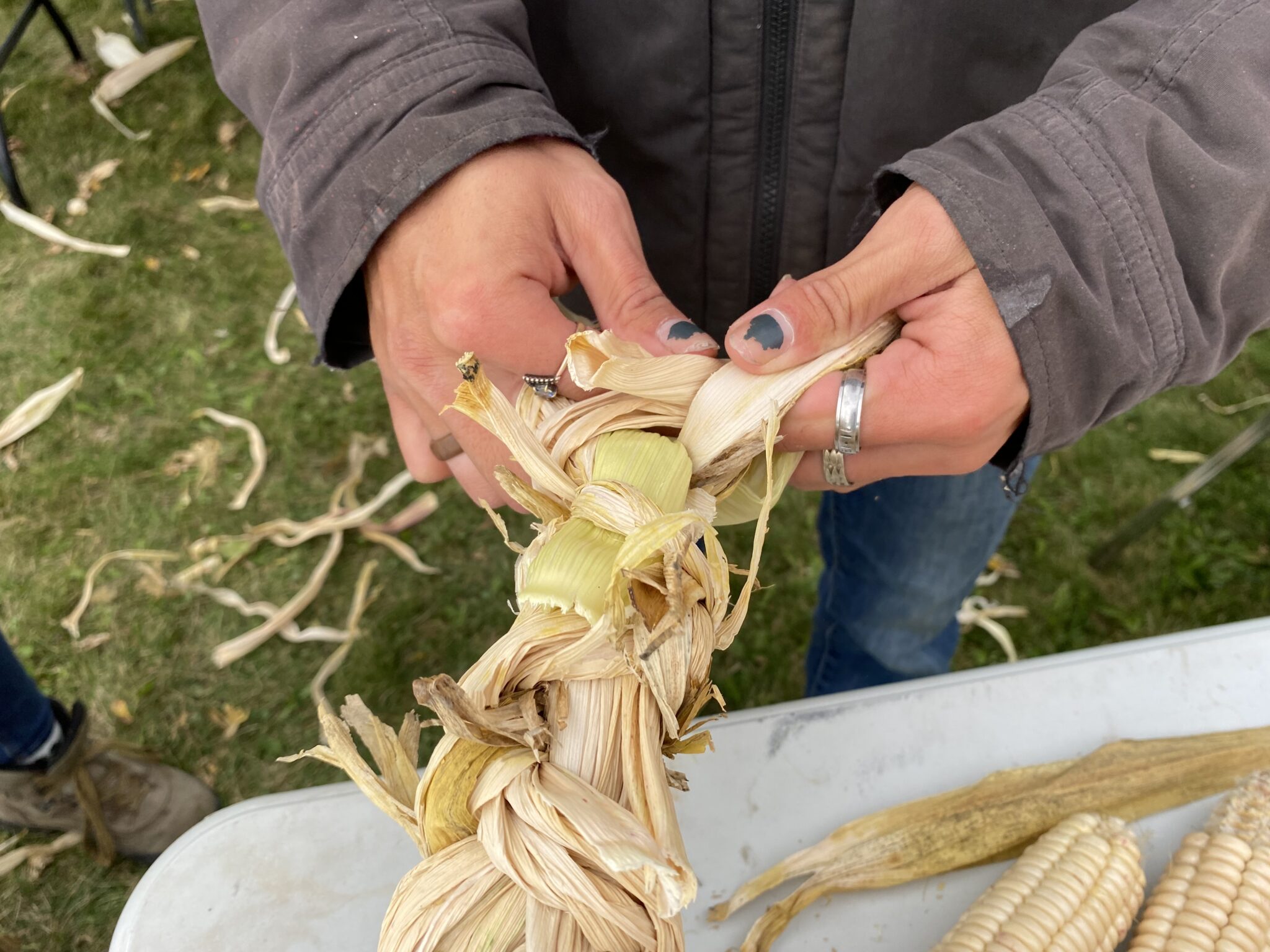 For years I had heard from my friends familiar with agriculture in the US about the many benefits of eating locally or regionally grown food and the importance of supporting the people who grow and breed those products.

As I listened to them and learned more about the local food movement, what they were telling me gradually made sense, and my wife and I put our friends’ words into action.

We started buying the beef and pork that we eat from small farmers here in the Chippewa Valley where we live. We met the farmers who raise the animals we eat to learn how the meat is pharmaceutical free, how the animals are fed healthily and treated humanely. A year later we decided to become a member of a local CSA (Community Supported Agriculture Organization) through which we buy most of our vegetables during the summer and fall months.

My wife and I have been happy in our decision to eat more locally, happy to eat healthier, and happy to support the local farmers who work hard just to keep afloat and continue the way of life they cherish . And as food prices in grocery stores soar, we realize that eating like this can stabilize our grocery budget and serve as an investment in our values.

Still, I didn’t really understand the scale of corporate farming in the US and its impact on farmers and consumers until the coronavirus pandemic devastated a supply chain that was far too reliant on a system in which a few giant farming corporations had concentrated their power . be it the meat processing industry, the dairy industry or agricultural machinery manufacturers.

Suddenly, amid virus outbreaks and home bans, the links in that chain broke. Meat was not processed. Store shelves were empty. Dairy farmers threw milk away. Equipment residues meant crops were difficult to grow and harvest.

Jim and Alison Deutsch remember all too well the difficulties they and other farmers faced when the pandemic hit. The couple raise pigs and chickens and run an organic dairy on their 160-acre farm south of Osseo. As much of their market dried up in the early days of the pandemic, they worked to sell more of their products directly to consumers.

Germans are among a growing number of farmers in west-central Wisconsin and the rest of the state who operate small and medium-sized farms that increasingly sell produce to restaurants, stores, and direct to consumers. As these efforts expand as more people become concerned about where their food comes from and the conditions under which livestock are raised, Germans and others are acknowledging the challenges they face from so-called “big farming” and pressures To find efficiencies through growers getting bigger or going out of business.

“People like us are doing what we can to break into new markets and find ways to reach more customers,” Jim said one morning at his farm recently. “But politicians now favor the large operators. They are not designed for farmers our size.”

“It’s about so much more”

When Jennifer Falck and a group of tribal members of the Oneida Nation first started growing white corn a few years ago, the idea of ​​corporate farming was the furthest thing from them. They just wanted to try growing a protein-rich strain of corn, a food their ancestors had grown.

Their efforts consisted primarily in providing their tribe with healthy food. Numerous studies show that the Oneida Nation and other Native American tribes are significantly more likely to suffer from diabetes, heart disease, and other conditions that all too often lead to chronic health problems and early deaths. Tribal members also experience poverty more often than other racial groups in the United States, making access to healthy food and quality medical care a concern for many.

In October, in my role as communications specialist for the Wisconsin Farmers Union, I visited Falck and many other members of the Oneida tribe as they collected white corn and meticulously tied cobs in large groups and then hung them from the rafters of a storage barn. After the corn cobs are dry enough, they are processed in various ways and distributed to the tribe members.

As participants in this gathering took turns peeling and bandaging corn on the cob, they chatted amiably, greeting old friends and meeting new ones. A mother showed off her new baby, eliciting smiles and happy congratulations. People partake in a range of tasty local foods made in part from white corn. Several Native Americans who attended the event described the pride they felt at being part of cultivating a crop raised by their ancestors.

Falck spoke to one person after the other and often exchanged hugs. She introduced me person by person. At one point, she stepped back to survey the scene around her, dozens of people enjoying each other’s company.

“This is about the white corn, but it’s about so much more,” said Falck. “It’s about community, about bringing people together. And it’s about reclaiming a little bit of our past.”

My wife and I can’t say our little attempt at eating local food has any goals remotely as important. We’re just trying to do our part in our own way to eat healthier foods while supporting the people who work hard to grow or produce them.

But as I sit down to enjoy Thanksgiving dinner, not only will I be grateful to be able to enjoy the day with family and friends, I will also appreciate the people who grew this food, who raised these animals, and for the animals that have given their lives can endure mine.

I will wish for a world where more people have access to quality, healthy food. I will wish for a farming system that prioritizes healthy food over profits. My wish is that Jim and Allison Deutsch and other small family farmers like them will find a way to stay in business. My wish is that Jennifer Falck and her colleagues at Oneida Nation will find ways to further expand their white corn initiative that will result in good health, increased income and happiness for their people.

I will wish for systemic changes that would make all of this possible. And I will be grateful to the friends who have taught me the importance of local food and that it really is about so much more than all of us, but benefits all of us if we are only able to recognize that.

This story first appeared in the Wisconsin Examiner, a State Newsroom publication and sister site of the Minnesota Reformer.