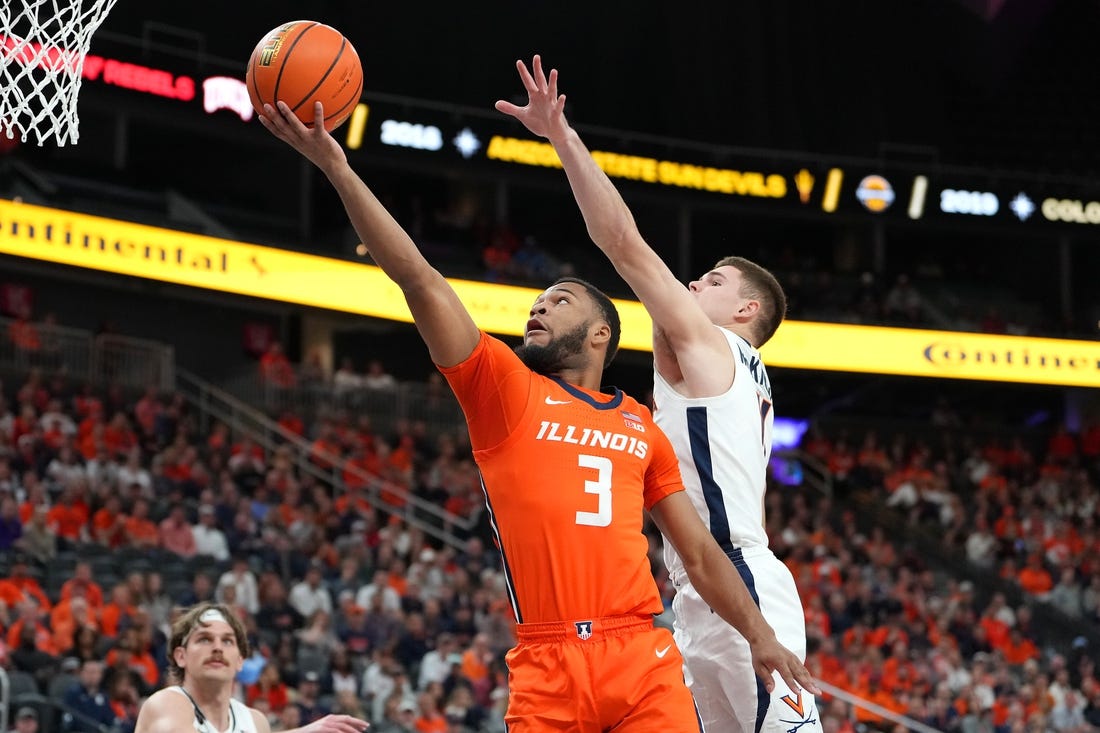 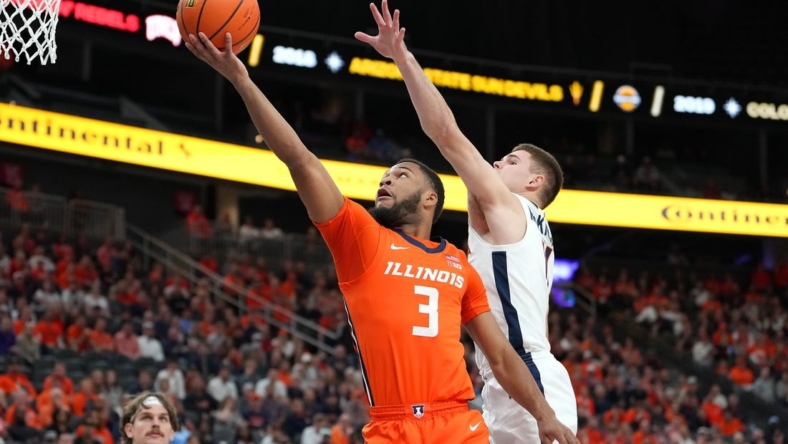 No. 16 Illinois will have to be wary of a classic trap game on Friday when they host Division I newcomer Lindenwood in Champaign, Illinois.

The Fighting Illini (4-1) are coming off a challenging two-game stretch in Las Vegas in which they held then-No. 8 UCLA 79-70 before falling to then-No. 16 Virginia 70-61. They actually led the Cavaliers by less than four minutes before Virginia dominated the final stretch.

“There’s a lot to learn from that experience,” said Illinois forward Coleman Hawkins. “We definitely need to clean up late game execution.”

Illinois coach Brad Underwood believes his team is on a positive path despite the disappointing collapse.

“We’re pretty good,” Underwood said. “We’re going to be really good. We’re almost there. Our blanket, we’re not even close.”

Jayden Epps led the Illini with 14 points off the bench while Hawkins led the starters by 10 points. The key stat for Illinois was free throw shooting as it shot 4 of 9 from the foul line compared to 25 of 32 for Virginia.

Terrence Shannon Jr., who leads the team with 21.2 points per game, was held at a season-low nine points and also made six turnovers before fouling. Dain Dainja, who is second on the team on 14.0 points per game, came up with just five points in 18 minutes.

Still, Hawkins believes his team’s performance showed the rest of the nation what the Illini are capable of.

“I think I learned that we’re with the best of them,” Hawkins said. “I think we can compete with anyone in the country. The way we use different parts and we can swap in multiple guys, we’re tough.”

Illinois must be careful not to look past Lindenwood with a three-game board against Syracuse, No. 23 Maryland and No. 4 Texas on the horizon.

The Lions (3-4), meanwhile, will be looking to stay grounded after a thrilling win on Wednesday night. They were a point behind Idaho State in the dwindling seconds of overtime before Chris Childs knocked down a middle-class jumper with two seconds left.

Childs scored a team-high 23 points for Lindenwood while Kevin Caldwell Jr. added 20 points. Cam Burrell scored 19 points in 8-of-9 shooting for the Lions.

“What a great night for our players, I’m so happy for them,” said Lions head coach Kyle Gerdeman. “These guys give us everything they’ve got and they deserve to feel good about themselves.”

In his first season as a Division I program, Lindenwood faced Dayton and Missouri in the first month of the season — both on the road. Those two games didn’t go particularly well, losing to Dayton at 27 and losing to Missouri at 29.

Still, Underwood sees a dangerous squad that poses many challenges for his defense.

“A team that’s small and athletic,” Underwood said. “You shoot it from all five points. They will play in the transition phase and they are very, very good at jumping.”

Illinois beat Lindenwood – then a Division II program – in a 117-65 shellacking three years ago. The Illini shot almost 62 percent from the field and overtook the Lions 43-24 that day in the only previous meeting between the teams.