I was in the original Heartbreak High TV series in 1994. I was dead by the end of season one, but there’s nothing quite like knowing exactly when and how and why You will die to make the experience of life even more valuable.

The early season story arc, adapted from the original Heartbreak Kid film, was about a motherless young male student who falls in love with an older woman, his teacher. When the film became a series, the entire teacher-student relationship was abandoned and they instead went with the son (Alex Dimitriades) who lost his mother (me) as the dramatic starting point. After my death, Peta Toppano was ready to join the series as the glamorous housekeeper who arrives shortly after my death to take care of my children and my widowed husband (Nico Lathouris) with whom she falls in love. I find. I’m not sure. I couldn’t bear to watch. Obviously I haven’t processed my usurpation yet.

Lathouris, a second-generation Greek, and I, a second-generation Italian, were, like so many of the performers, children and grandchildren of migrants. The ethnic diversity of this show is now well documented. It set a precedent in Australian TV land that made it a standout. The gritty, edgier vérité aesthetic and theme of the show was also fresh. It looked and sounded more “real” than the other offerings aimed at younger viewers. In the ’90s, Heartbreak High was a date, like Countdown was to me as a teenager.

Since my death-through-story arc is almost 30 years behind me, it was a bit confusing when my (real) 20-year-old son’s hairdresser asked me for an autograph last week. What happened?

Heartbreak High’s recent reboot on Netflix means a new audience is returning and checking out the original seven-part series, which is also available on Netflix.

I loved being a small part of the early days of this show, but — and this sounds disingenuous — last week at the barber shop felt a little weird. My son was demonstrably unimpressed. “You were on TV? How embarrassing.”

After the hair salon moment, I went home and watched the first few episodes of the original HBH for the first time in years, and was firstly struck by how young I was (that’s always a shock for some reason), but before all about how good the thing still looks and sounds and how strikingly energetic and fluid it is. The creators of this show had a strong vision, and the integrity of that vision is evident in the show’s overall consistency and attention to detail. Trying to understand why an artwork “just works” isn’t easy, but I suspect it was partly due to the show’s less orthodox approach to casting and rehearsal process, which relies more on Mike Leigh (extensive improvisation and rehearsal and screenplay development) as neighbors and home and away (little rehearsal, fast processing).

Heartbreak High was the most interesting and positive acting experience I’ve ever had on television. I’d done bit parts and cameos in a few things before that, and while I was always disproportionately grateful for an appearance—any appearance—I’d never really enjoyed or fully engaged with the world of television acting. A drama school graduate in the late ’80s, I was a snob about television, let alone commercials (as if!), plus I looked “too fat” for television and wasn’t willing to dress up before every audition to starve.

In addition to playing my husband, Lathouris was the show’s dramaturge and acting coach. Most young actors were relatively inexperienced; Some have never been in front of a camera. When we weren’t needed on set, Lathouris let us improvise in the rehearsal room, act, explore themes and scenes, and spend time immersing ourselves in the world of the series. Lathouris conducted these sessions with rigor and care and the cast was treated as an ensemble. This extended rehearsal time, which is highly unusual on television, welded us together as a group. These young actors learned to ‘be’ rather than ‘act’, to listen rather than recite, to manipulate ‘reality’ in the service of a story.

The worst part about revisiting the show was seeing my own funeral. The wailing and the crying. My husband’s out of shape grief. My little girl’s clutching disbelief. My Sister’s Horror. My son (only a year younger than my real son today) with his adult denial and angry grief. In 1994 I hadn’t lost too many people. Maybe I would have played dying better if I knew then what I know now about the whole thing with death and dying.

Watching the show reactivated memories of moving from Melbourne to Sydney in the summer of 1994 for a few months. I was picked up at 6am every morning and stopped to pick up the always sleepy young Dimitriades, who already had the demeanor and confidence of a rising star. I was staying in Sydney with an oddly defensive young couple who no doubt thought hosting a guest actor was a good idea at the time, although they quickly got used to the concept. But this is another story.

I watched the first three episodes of the new Heartbreak High straight after watching the old one. I think HBH Mark II is funnier than HBH Mark I. That’s neither good nor bad. The new series is good. The acting, writing, and direction are strong and secure, and the production values ​​are smooth and satisfying. The first could also be funny, but also managed to be serious without being serious, real and confident without overdoing the irony – the territory of a post-social media generation and a popular culture now inevitably confronted with such Talking about shows like Sex Education, Shameless, Glee and Never Have I Ever. All self-referential, socially turned on, irreverent, and smart. Also, the writing is good and young actors just keep getting better. Sure, thirty years ago, Heartbreak High’s teens were still grappling with sex and relationships, the pressures of parents and peers, but there was also a greater emphasis on the class and structural disadvantage that was at the heart of the first series. Teachers in the early days at Hartley High talked about the need for new computers and underfunding, and engaged in more realistic staffroom arguments. Today’s Hartley High is cleaner and brighter, playing on identity politics rather than class politics.

Fun fact, or maybe a depressing one, depending on how much royal coverage you’ve uncritically consumed last week: 1994: “Should Australia become a republic?” was the topic question for Hartley High’s first foray into the genteel world of debating Anglo-private schools . After extravagantly discarding notes to provide his final argument for denial — a position none of the Hartley students believed in — Con (Salvatore Coco) invokes Aristotle for his final move:

“Aristotle, you know who he was. He was a wog. Aristotle was a legend.”

Afterwards, one of the girls on the team asks him how he even knows all that ‘Greek stuff’ and Con says, ‘Listen. When you live with my mother for seventeen years, that’s all you hear at every meal. “Aristotle knew what is good for the world. Politicians have soup for brains.” 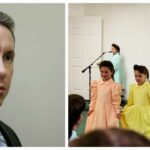 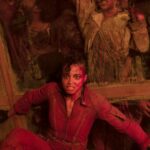 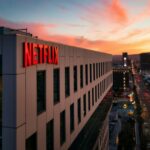 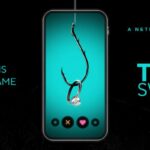 Our goal was to “expose” scammers – deadline 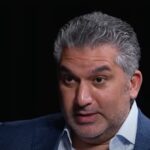 WWE plans to move from Raw and Smackdown to Netflix?