But Commonwealth school districts still don’t understand how to turn those funds into effective action, and that’s a shame. In the last 50 years, civic education in the US has all but disappeared. Districts shifted funds to STEM classes and getting children to pass federally mandated tests. But we need both – citizens who have the skills for important, innovative jobs and who can actively engage in their communities and their government.

Get Weekend Reads from Ideas

A weekly newsletter from the Boston Globe Ideas section, forged at the intersection of what if and why not.

Here’s how we can do it right.

The 2018 Civic Education Act required Massachusetts public schools to teach eighth graders a civic education curriculum that immersed them in a citizen action project. This is the right approach: once students take action themselves, they feel more confident about getting involved in their communities and their government. Playing sports teaches more teamwork than reading about sports. The same goes for learning citizenship.

But this doesn’t happen. In fact, a 2018 Legislation Review report prepared for the state Department of Education found that 37 percent of teachers had never heard of the Citizenship Project legislation; Only 22 percent of junior high and high school educators said they were familiar with the legislation surrounding citizenship projects and how it would affect their teaching. Those teachers who was Awareness asked for more training on how to implement the citizen projects. We gotta do this right.

Here’s the key: We need to teach citizenship differently.

Traditionally in schools, students have had to sit still and listen to their teachers talk about great leaders—all too often white male leaders. then Students took a quiz to see how much they knew about their government. Some even learned to recite parts of the US Constitution. Of course, memorizing branches of government and having students recite facts can be helpful—but it doesn’t teach them to be active citizens.

Two important things need to change. First, the “Great Man” version of the story – in which a couple of powerful characters appear to wield magic wands and change the land – inadvertently leaves students feeling powerless, as if they are watching the story unfold like a movie, instead of helping to create them. For example, when we teach that Woodrow Wilson gave women the right to vote, or Abraham Lincoln freed people from slavery, we omit all the people—ordinary people—who wrote, protested, lobbied, voted, spoke, for office ran for office and otherwise a little excited for change.

In other words, the traditional teaching omits the true story. The story of the Great Man is not only wrong, it leaves students feeling like the audience of the story rather than its authors—especially when it involves women or people of color, who textbooks rarely cast in leading roles.

Second, teachers must help students practice democracy in their everyday lives. We can encourage students to run for student council, organize a mock trial, write letters to their city council or state officials on an issue that is important to them, or protest a local policy.

In classrooms across the state, teachers conduct hands-on civic education. A group of students recently protested to their school board to change Columbus Day to Indigenous Peoples Day. Other students have worked to get a Salem “witch” acquitted. I’ve seen students organize to support local Black Lives Matter groups, work with their principal to change school policies so every classroom has recycling bins, start campaigning letters to their senators about the lack of paid family sick leave, Boycotts organized by companies that do not pay decent wages and star in PSAs about the dangers of drinking and driving.

All of this is lived political education.

These are small and local examples. Haunted by a far more terrible tragedy, students at Marjory Stoneman Douglas High School spent years becoming successful gun control activists in the wake of the 2018 school shootings. They mobilized much of the country during the Trump years — and after the Uvalde school shooting, helped pass federal law raising the minimum age to buy guns. They urged the Florida legislature to introduce a three-day waiting period for all gun purchases in the state. These kids have made themselves heroes – after their own teachers taught them how to grab and move the levers of democracy.

But big or small, when students see for themselves that they are making an impact, it changes them for life. They might still be upset when they see the news — but they also know how to do something about it. At least they can vote, which a third of Americans didn’t do in the contentious 2020 presidential election.

I have been teaching for almost 20 years, working with all types of students, from preschoolers to graduate students. I have seen education transform lives and create lasting change. But for all the demands on educators and schools, we have failed to deliver on one of our most important missions: creating informed citizens. We must use the power of education to invest in citizenship and transform the way we teach history.

Massachusetts has already decided to invest in civics. Now let’s get the teaching right. 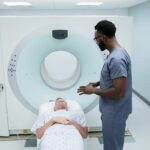 How to test for MS: diagnose multiple sclerosis 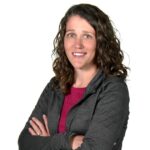 How to repair EHRs? A healthcare IT manager has some ideas 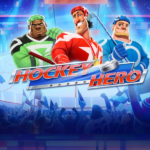 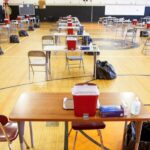 How to get a monkeypox vaccine in NYC 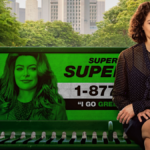 How to watch She-Hulk: Attorney at Law online: where to stream, release dates, plot and trailer 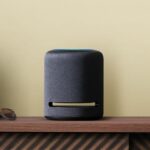 How to add Deezer to your Amazon Echo