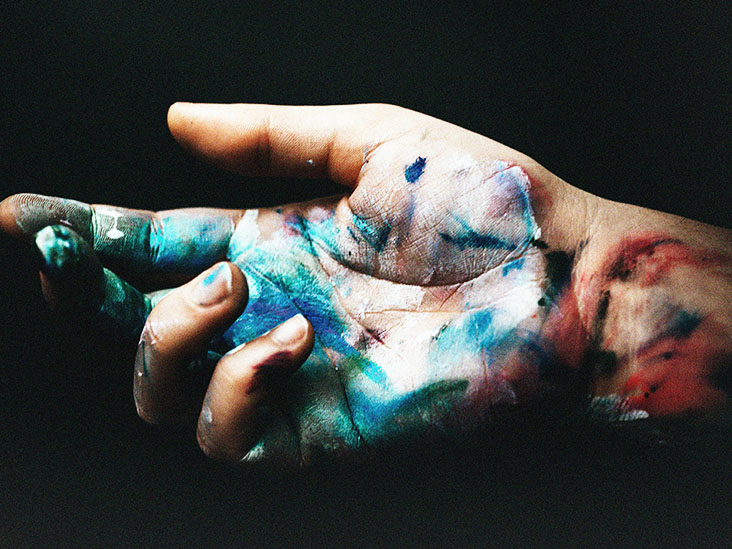 The American Psychological Association defines “creativity” as “the ability to produce or develop original work, theory, technique, or thought.”

This obviously applies to art, but it can equally apply to everyday activities where you create something new from existing elements – like using the ingredients of sourdough bread to make the pandemic food.

A new study from the Paris Brain Institute at Sorbonne University decided to examine the impact of the first COVID-19 lockdown on creativity.

To study the impact, they conducted an online French-language survey to learn more about people’s experiences of creativity during this first lockdown in France. The study authors hoped to reconcile the apparent paradox of heightened creativity at a time of unusual stress

The 343 participants in the study said they were on average more creative during the lockdown than before.

The results were published in the journal Frontiers in psychology.

In addition to listing self-perceived changes in creativity, or subjective changes in creativity (SCC), as described above, researchers presented participants with an inventory of 28 creative activities based on existing elements commonly used by research psychologists, including the Inventory of Creative Activities and Achievements ( ICAA). These included painting, cooking, sewing, gardening, writing, and decorating, among others.

Respondents were asked whether or not they engaged in these activities more or less during the lockdown, how often and why.

The top five creative activities that study respondents engaged in were cooking, sports and dance programs, self-help programs, and gardening.

Researchers also inquired about pandemic obstacles to overcome. There was no clear evidence that a higher number of obstacles impeded creativity.

The level of obstacles encountered was high for both the more creative and less creative individuals.

“The moment you set constraints, does the creative mind now set about how I can achieve the goal, subject to those constraints?” said Dr. Ajay Agrawal, University of Toronto, on the Disruptors Podcast.

The two most important factors in determining whether a person’s creativity went up or down during lockdown were emotional or affective changes and, to a slightly lesser extent, whether the pandemic gave them more free time.

The degree to which a person displays openness – one of the Big Five personality traits – followed as a significant factor. The authors have chosen because this is the personality trait most associated with creativity.

According to the study, previous research suggests that a correlates with creative activity, although there is still some debate.

The study authors confirmed that the participants’ mood states were consistent with SCC. The descriptors they asked participants about “included anxiety and stress, motivation, psychological pressure, mood, and to a lesser extent, loneliness and physical limitations.”

The researchers found an association between positive mood and creativity and one between negative affective states and less creativity.

“There is some evidence in the scientific literature that you have to feel good to be creative, while other evidence points the other way. It is also not known in which direction this process is taking place: Do we feel good because we are creative, or does being creative make us happier?

“Here, one of our analyzes suggests that creative expression allowed individuals to better manage their negative emotions related to childbirth and therefore feel better during this difficult time.”
— dr Alizée Lopez-Persem

Eliminating the commute put back hours and free time for many people, although that probably wasn’t true for everyone. Parents, for example, may have had fewer Free time with children who are locked at home all day.

Participants were asked how many hours they worked, how much free time, and how much personal space they had.

The authors concluded: “An increase in free time was associated with a higher level of creativity change.”

Openness is defined by psychology today:

“Openness to experience, or simply openness, is a fundamental personality trait that marks susceptibility to new ideas and new experiences.”

The study survey included 11 openness questions and found that this trait also showed a correlation with SCC scores. However, as Dr. Emmanuelle Volle, co-author of the study, announced Medical news today:

“However, it hasn’t really drawn a line [between being creative or not] because even after adjusting for openness, our score for altering creativity was still positive and similarly correlated with leisure and affective factors. In other words, leisure and affective factors were found to be associated with subjective changes in creativity ‘beyond’ openness,” he said.