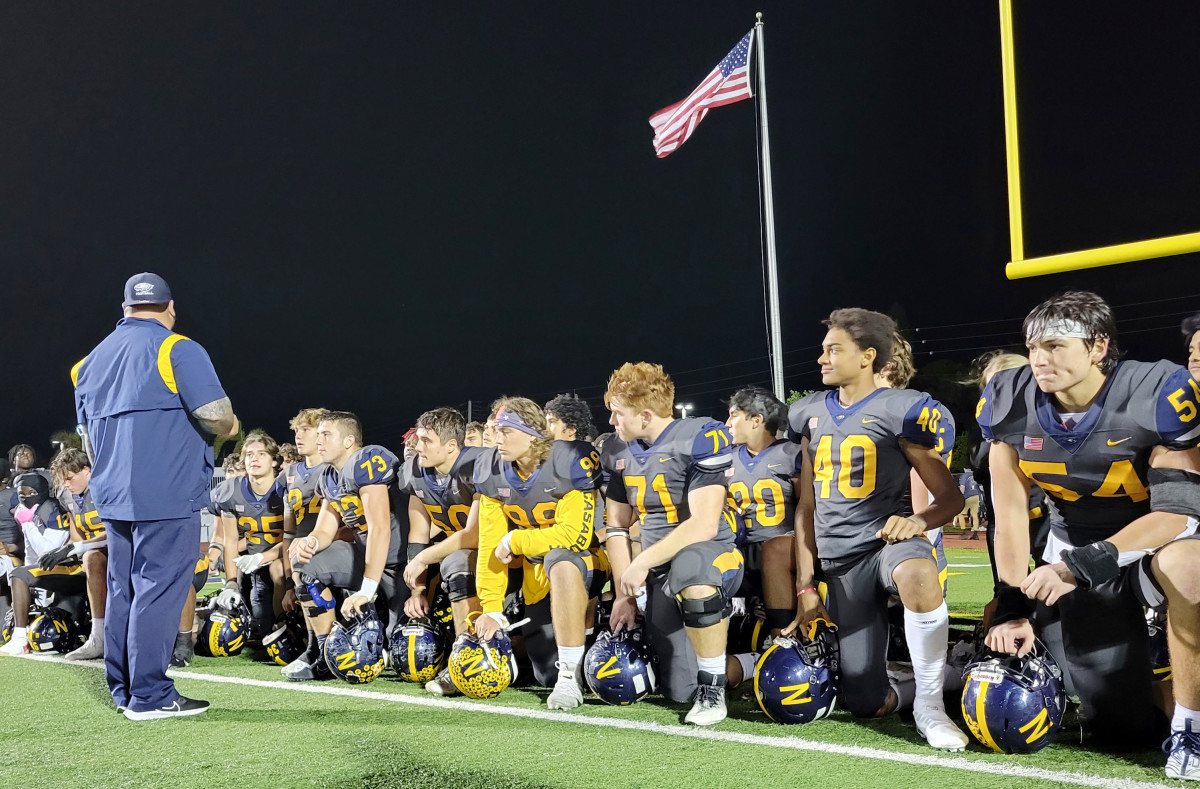 Football fans in Southwest Florida witnessed one of the biggest nights in local history on Friday.

That would tie a record for most local teams to advance to the state semifinals. In 2012, three programs, all from Collier County, won regional titles – Naples, First Baptist and Immokalee.

Two of them can do it again this year. Both Naples and First Baptist are #1 in their respective regions. Just like Bishop Verot, who hasn’t been this far in decades.

Here are Friday’s Southwest Florida regional finals and what to look for in each of them.

(2) Dunbar near (1) Naples: These teams have been the best in their respective counties in recent years. Fort Myers’ Dunbar has won 21 straight games against fellow Lee County opponents. Naples has won 45-1 against teams from its Collier County for the past six seasons. This year, the hosting Golden Eagles are 9-2, and their only losses are against teams ranked in the top 25 in the state. Naples is averaging 322.6 rushing yards per game behind Power 5 recruits Kendrick Raphael (1,649 yards, 21 touchdowns) and Isaiah Augustave (1,010). yards, 11 touchdowns). Dunbar (9-1) has lost only once, and it was on the road against Valdosta, Georgia, Power Lowndes. The Tigers rush for 151.6 yards per game and throw for 154.8 yards. Senior quarterback Landon Winterbottom has 1,484 passing yards and 20 touchdowns. Dunbar has never won a regional title, while Naples has won nine (plus two state championships).

(2) Frostproof at (1) Bishop Verot: Bishop Verot’s offense was downright frightening for opponents. The Vikings average 42 points and 428 yards per game. Second quarterback Carter Smith has rushed for 2,665 yards and 27 touchdowns (against only five interceptions) and rushed for 572 yards and 16 touchdowns. Frostproof (10-2) is putting it on the ground, rushing 231.4 yards per game behind junior Donovan Solomon (1,476 yards). These teams have a common opponent. Bishop Verot lost to First Baptist (Naples) 56-42 in Week 4, while Frostproof lost 41-0 to the same team just three weeks ago. After winning his first district title in 31 years this season, Bishop Verot can win his first regional championship since 1994. Frostproof last won a regional title in 2008.

(3) Moore Haven at (1) First Baptist: First Baptist (7-2) has been in a hot streak since losing to Pahokee on Oct. 14 after the Lions missed three weeks due to Hurricane Ian. Since then, FBA has won four straight games with an aggregate score of 160-13. Sophomore QB Ethan Crossan has 1,491 passing yards and 20 touchdowns (just three interceptions) in just seven games. Moore Haven has won six of their last seven games, with the only loss against Class 4S playoff team Gulf Coast (Naples). The Terriers stunned the No. 1 seed and previously undefeated Evangelical Christian 45-13 on the road last week. The First Baptist Seniors will seek revenge in 2019 as the Lions went 10-0 but lost 29-50 to Moore Haven in the first round of the playoffs.