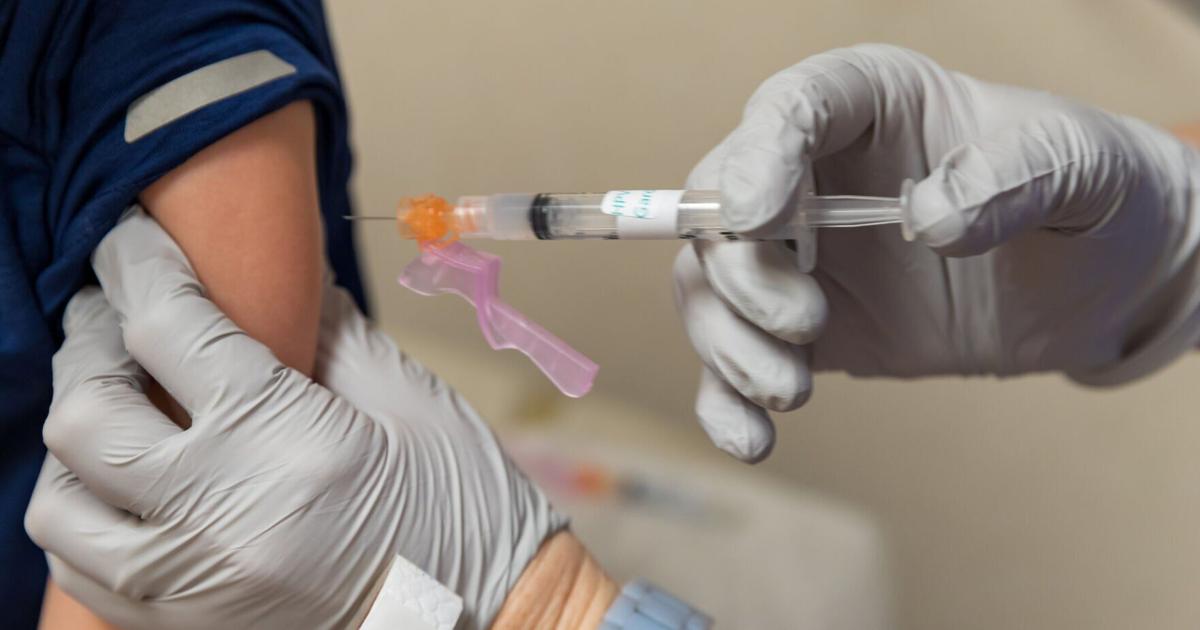 Influenza cases continue to rise sharply across the region, but evidence of a COVID surge on holiday has yet to materialize.

This is also historically early compared to most flu seasons.

“Not only are the numbers higher than in recent years, they are also unusually high for this time of year. Flu season typically peaks between January and March, so having such high levels in the fall is worrying – we won’t know for some time if this indicates the season is peaking early, or if the cases are picking up will continue to increase into spring,” Swift said.

Swift said it’s not too late to get a flu vaccine.

“As the holiday season begins, the best protection for your family and loved ones is a flu shot – it’s safe, effective and available to everyone from 6 months,” she said. “Flu shots are fully effective two weeks after you get them, so for Thanksgiving it’s especially important to also follow basic infection-prevention precautions like washing hands, disinfecting surfaces, covering coughs and sneezes, and staying home if you’re sick.”

Alongside hundreds of flu cases, Ballad was treating 89 patients for COVID-19 on Wednesday, including 11 in intensive care units, three of whom were on ventilators. The number of COVID patients has remained relatively constant, averaging about 85 patients per day since mid-October.

That’s significantly fewer than the previous two years, 2020 and 2021, when hundreds of cases in the Thanksgiving to New Year period threatened to overwhelm hospital resources.

The region documented more than 1,200 cases and there have been 13 deaths in the past few days, according to health officials in Tennessee and Virginia and the Centers for Disease Control.

The highest number of cases in the region can be found in the most populous counties. Sullivan County is ranked high by the CDC at the community level and has 313 cases with a test positivity rate of 18.4%. Sullivan has reported three COVID deaths in the past few days. In neighboring Washington County, Tennessee, there are 207 cases and the positivity rate is 20.9% with a medium rating from the CDC.

Carter County is also ranked as moderate for community spread, having had 106 cases and a 21% test positivity rate.

Positivity rates are lower in much of Southwest Virginia, with the exceptions of Bristol — at 12.1% — and Washington County — at 10%. All other places report positivity in the single-digit percentage range. Experts say 5% or less is needed to minimize spread.

Southwest Virginia reported a total of 284 new cases last week, with seven deaths. Only Russell County has been rated high by the CDC in terms of community transmission levels.

Modeling by the University of Virginia shows “some signs of future growth, but that has not yet materialized,” according to the report. Case rates and hospitalizations were reported to be falling across Virginia.

All three Southwest Virginia health districts were reported as declining case counts with no increase.

“Despite the good news, models are still pointing to winter growth. In addition, we are now in what may be the worst flu season since 2009. Currently, approximately 40% of hospitalizations in Virginia’s respiratory clinics are flu-related, and flu rates could continue to worsen in the coming months,” the UVa report said. “Combined with respiratory syncytial virus (RSV), which is also circulating at unusually high levels, the ‘tridemic’ could put a serious strain on Virginia hospitals.

“Although there is no vaccine against RSV, the latest bivalent COVID-19 booster vaccines and the influenza vaccine both show promise. The flu shot seems to be well timed this year. It includes the H3N2 and H1N1 influenza A strains, which together make up 95% of nNew cases in Virginia,” the report said.