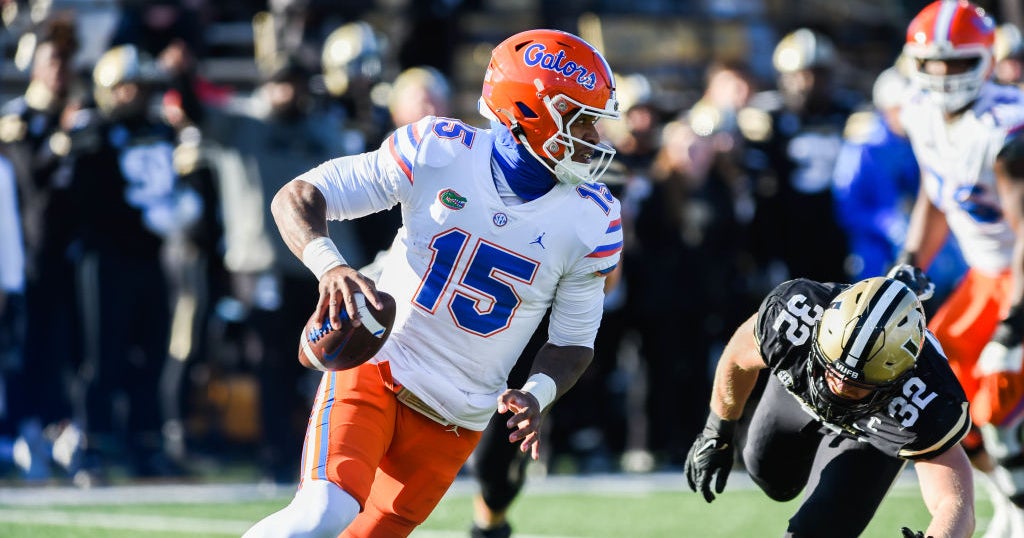 Ahead of Friday’s 7:30 p.m. contest at Doak Campbell Stadium against the 16th-ranked Florida State Seminoles, Florida has announced its four captains who will play in midfield before kickoff.

Miller was named captain despite uncertainty surrounding his availability for the first half of Friday’s competition. The Lakeland native was ejected for a aimed penalty in the fourth quarter of UF’s 31-24 loss to Vanderbilt, which in turn disqualified him from the first and second quarters against the ‘Noles.

Barring an appeal, the Gators will be without Miller for half of his final regular-season competition with the program — an absence that puts greater responsibility on UF’s reserves at the position.

“Some of the players who are likely to play a bigger role in the game are obviously (Derek) Wingo and Shemar (James). Those two guys are probably going to play more snaps in the first half than they’ve played so far to keep up with (Amari) Burney and of course Scooby (Williams) is a young player who has those skills too,” Napier said. “These guys are playing in every game. You’ll just have the opportunity to play a little bit more in this one.”

Though only a sophomore in his third year with the program, Richardson could also be in his final regular-season competition with the Gators. Several NFL draft analysts have predicted Richardson as a first-round NFL draft pick if he were to leave Florida early and declare himself a candidate for the upcoming draft. However, there is still a possibility that he will return for his fourth season in Gainesville. The former Eastside High standout acknowledged that the decision-making process can theoretically be difficult for players with options.

“I think it could be difficult. It could put a lot of pressure on a person, but it’s honestly up to them and their judgment and what they want to do about their future,” Richardson said Monday. “You have to have a lot of conversations with your family and just think about everything that happened. Sometimes you have to be selfish and see what’s on the table, but I think it’s just up to the person and their judgment.”

Eguakun, now in his fourth season with the program, has started the last 24 games for the Gators at center, and he’s garnered NFL draft enthusiasm himself throughout the season. A native of Jacksonville, Eguakun was called to the Rimington Trophy Watch List in July, which is awarded to the nation’s top center in college football.

Dean, UF’s fourth and final captain, reckons the Gators will be a challenge for FSU despite the many injuries on the depth chart. There was an initial belief that without starting safety, Florida could get by Rashad Torrence II against Dean, but Torrence was left off the injury report, giving the Gators a boost in the third level going into the rivalry contest with the ‘Noles.

“It was a big loss, a big chunk because I think we’re the best security duo in the country,” Dean said of Torrence’s loss to the Commodores. “But no doubt (with) the newcomer, Kamari Wilson, we won’t lose a beat. He comes ready to work every day and I think on Friday we will be ready to play.

“Kamari is a great player and a lot of people will see that on Friday. I’ll do my best to be ready to play, (and) he says, “You know, I don’t think we’re going to miss a bar”. It will be in the back of his mind, I know he will go to work this week and can be executed on Friday.”