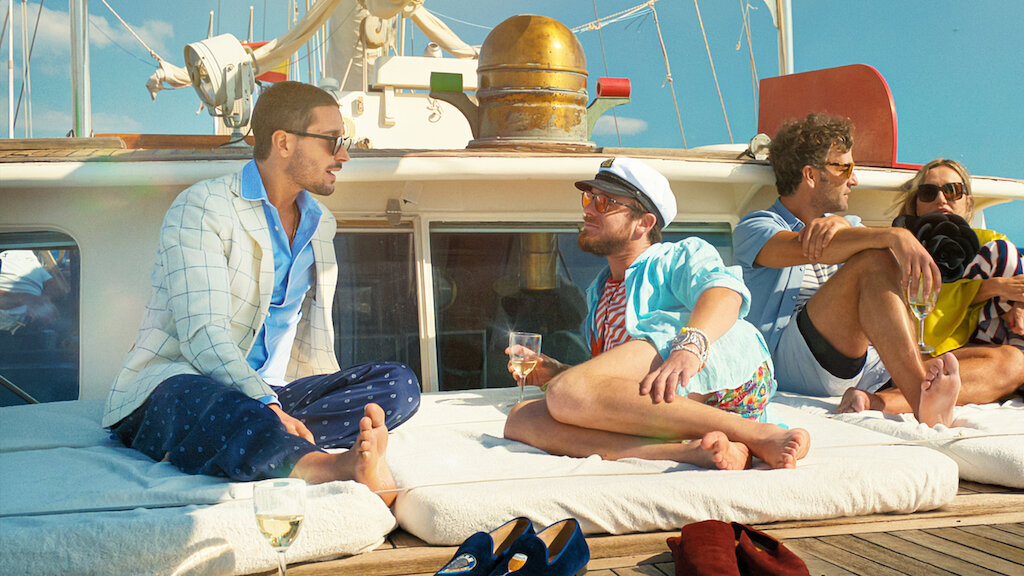 We follow the life of a group of close party friends through the cultural city of Barcelona.

There are no spoilers in this review of the Netflix reality series First Class Season 1.

Netflix released the reality show First class, created by Marta Torné, and stars a group of successful Barcelona friends living their best lives. In this series we step into their lives and follow them as they share their love of shopping, luxury parties and exclusive events.

Once again we have another TV reality series in which we follow a group of wealthy people and observe how they go about their daily lives. There have been many shows like this lately, all in different regions of the world. From the UK to Asia to the US, this series takes us to beautiful, bohemian Barcelona.

Starring Aldo Comas, Archie M. Alled-Martínez, Clara Courel, Lucía Sáez-Benito, Álex Agulló, Amanda Portillo, Marc Patsy, Zaida Márquez, Meilan Kao, Carola Etxart, Julie Brangstrup, Ferrán Ribó, Álex Sáez and Cristina Fontella; Each person has something to offer – some are more toned down, others are so eccentric that they always carry a parachute with them just in case there’s an airplane nearby to jump from.

Among this heterogeneous group, the series presents journalists, designers, artists, models and DJs. Together they show us what it’s like to live in an artistic, historical city. We get beautiful shots of Barcelona, ​​the Costa Brava and the south of France. If anything, this series made me want to book a chic, artsy, hot vacation.

Although the content and characters are very similar to other reality series, I enjoyed the theme of arts and culture throughout. First class tries to present a life without fear and limits instead of showing off wealth and spending that wealth. All are more about fun than creating drama and suspense.

From going to the opera to skydiving, this series has plenty of entertainment value, and with episodes lasting between forty and forty-five minutes, you can easily watch this series. What was very inspiring is how this series makes you want to live life to the fullest and celebrate everyone around us. You will really enjoy this series if you like to see how the other half lives and if you like other series like bling empire and Made in Chelsea.

What do you think of the first season of the Netflix reality series First Class? Comment below.

You can watch this series with a Netflix subscription.