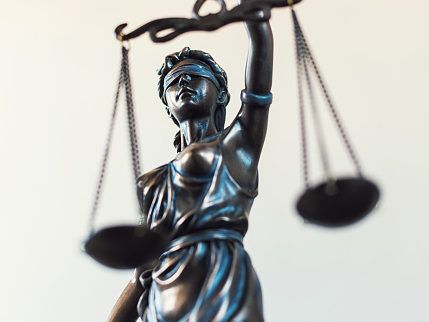 SARNIA — A father who encouraged his family to ignore border testing rules when returning to Canada from the United States at the border crossing in the Sarnia region has been fined $1,500.

Dominic Boire, his wife Natacha and their two children Christopher and Nathan were all originally charged March 30, 2021 after the Huntsville-area family attempted to cross the two-bridge bridge from Port Huron, Michigan to Point Edward , without having completed pre-approved tests.

“When they attempted to enter Canada from the United States, they did not have the required molecular COVID testing prior to arrival,” Lambton County City Attorney Blake Turner said while reading an agreed statement of fact.

A negative molecular PCR test within 72 hours of arrival in Canada was required for all land travelers, including Canadians, at this time.

All four family members have been charged with failing to comply with an injunction barring or imposing conditions on entry into Canada under the Quarantine Act. Because they were all members of the same family and it was a single incident, Turner requested that the charges against the other three be dropped after defense attorney Nick Cake pleaded guilty on behalf of his client Dominic Boire.

“As I understand from my conversations with Mr. Cake, the decision to test rested largely with the father, Dominic,” Turner said.

However, Turner pointed out that as of late March 2021, the family had been courteous and cooperative with Sarnia region border and health officials.

“They understood that they would be fined and that there were no problems,” the prosecutor said.

He also pointed out that the likelihood of a recidivism was “virtually zero” due to their working together that day and the changes at the border regarding pre-arrival testing. As of April 1, vaccinated travelers will no longer be required to show negative rapid molecular PCR or antigen COVID-19 tests.

Although his client did not complete the mandatory test at the time, Cake also pointed out that the family remained in isolation for two weeks after reaching their goal.

“No tests, but ultimately following the same procedure,” he said. “It wasn’t necessarily the isolation requirements, it was the testing requirements that they failed to meet.”

Both attorneys proposed the $1,500 fine.

“The normal fine, as recommended by the legislature, would have been $3,000,” said Justice of the Peace Helen Gale.

However, based on the guilty plea and the facts she heard, Gale agreed to issue the proposed fine plus associated costs.

PROTESTOR A NO-SHOW AT THE TRIAL

In another case, a man who protested in front of a mobile vaccine bus in Petrolia last fall was fined $750 on Wednesday.

Arthur Kicknosway, who held a sign against vaccination mandates when Ontario’s GO-Vaxx bus was stationed at Petrolia Farmers’ Market on November 1, was due to stand trial Wednesday for failing to comply with or obstructing the Reopening Ontario Act.

However, Kicknosway did not appear for his 10am trial in the Sarnia courtroom. After an hour had elapsed, Turner, noting that Kicknosway had been diligent in showing up to his previous court appearances, asked Gale to sentence him to failure to appear in court based on the Provincial Offenses Act legislation. She fined him $750.

Due to a lack of trial or an agreed finding of fact in connection with a plea of ​​guilty, no information about the January 30, 2021 incident was heard in court. Attempts to obtain further information from the public prosecutor’s office by the time of going to press were unsuccessful.

Sign up to receive a curated collection of links and highlights from our award-winning coverage of breaking news, in-depth analysis and unmatched investigative capabilities on weekday lunchtimes.

The next edition of LFP Noon News Roundup will be in your inbox shortly.