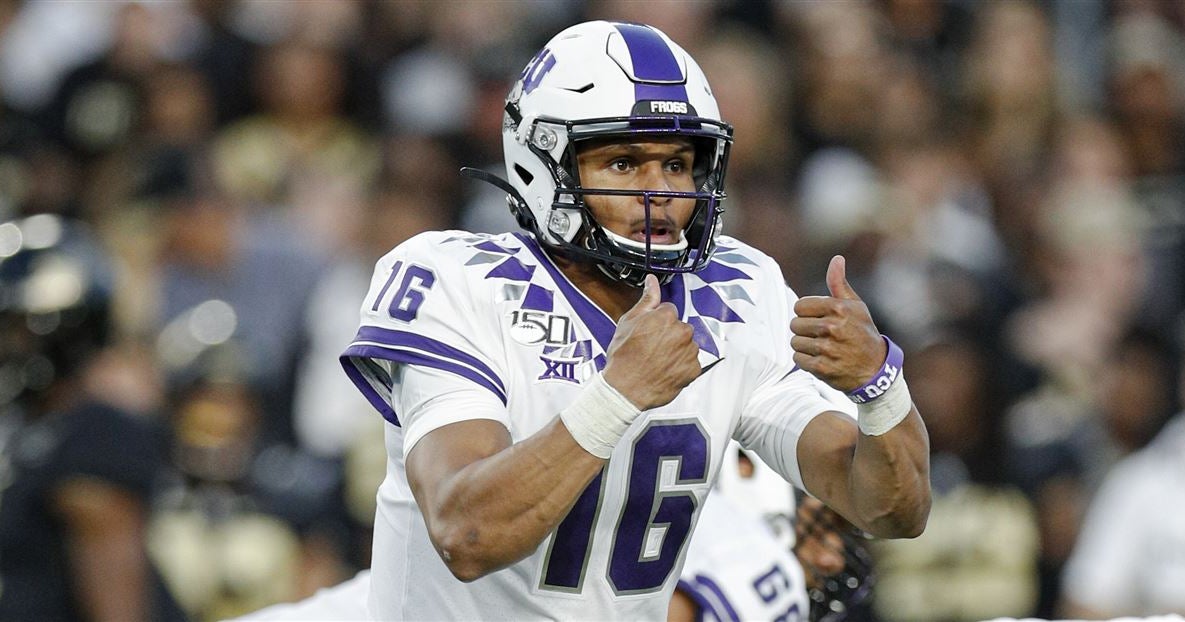 TCU remains No. 4 in the College Football Playoff rankings after a 29-28 win at Baylor in Week 12, behind Michigan (3), Ohio State (2) and Georgia (1) as the regular season draws to a close. It remains doubtful the Horned Frogs could hold their own should they make the playoffs, and SEC Network host Paul Finebaum has been among the most vocal critics on that front. Finebaum’s ongoing criticism of the team didn’t sit well with former TCU and Kansas State quarterback Alex Delton, who has voiced some complaints about other playoff contenders defending the Horned Frogs.

“This is crazy about me!” Delton tweeted in response to Finebaum’s recent criticism of TCU during a recent episode of First take. “TCU won (then) a No. 18 Oklahoma, No. 19 Kansas, No. 8 Oklahoma State and No. 18 Texas. (USC) lost to Utah!? Besides Penn State, who has played Michigan!? All of these teams are great programs, but ESPN is a tough sell. TCU is respectfully one of the top three teams in the country.”

TCU (11-0) is one of the four remaining undefeated FBS teams that make up the current top 4 in the rankings. TCU owns the nation’s highest record strength, according to ESPN metrics, followed by Georgia, Ohio State and Michigan. The Horned Frogs’ strength is only 35th, but that’s also the highest of any of the top four. The Bulldogs’ schedule strength is at No. 43, the Buckeyes at No. 54 and the Wolverines at No. 74.

Regarding Michigan, the Wolverines have a higher-ranking win than TCU after beating No. 11 Penn State earlier in the year. TCU’s biggest win to date came against No. 12 Kansas State.

The other playoff contender mentioned by Delton, the USC Trojans, came in 6th in the latest playoff rankings Tuesday night. USC defeated UCLA in Week 12, with the Bruins falling in 18th place. USC checks in at No. 9 in ESPN’s Strength of Record rankings and No. 58 in Strength of Schedule rankings. LSU edged out the Trojans at No. 5 in the playoff rankings.

As for Delton, the former signal caller began his career at Kansas State, where he signed for Bill Snyder in the 2015 cycle as a three-star nominee from Hays (KS) High School. Delton saw significant playing time for the Wildcats in three straight years from 2016-18 before moving to TCU ahead of the 2019 season. Delton was TCU’s Week 1 starter that fall, but was passed by Max Duggan, then a true freshman, in Week 4 before leaving the program mid-season.

TCU ends its regular season at home against Iowa State on Saturday. The Horned Frogs will then face either Texas or Kansas State in the Big 12 Championship Game on December 3.