Q: I feel stupid when I say, “It’s hard to leave,” but it is! My kids come home from their dad and it seems like nothing is good enough. He has more TV channels. He has a bigger house. He has a swimming pool. I work as hard as I can to make the kids happy, but everything seems better with their father. He knows how hard it is for me, but it doesn’t seem to matter. I think he likes that the kids prefer his home. I need help and I don’t know what to do. What is good ex etiquette?

A: The stresses of moving from a two-parent, two-income household to a one-person, one-income household is a major transition for everyone. But there’s good news and there’s bad news here. The good news is that most divorced or separated parents try to do what is best for their children. The bad news is that kids are comparing more than just houses. If you read between the lines, you’ll hear them express their frustration at their parents’ breakup. And I’ve found that it’s quite common for one parent to feel like the underdog while the other parent secretly rejoices and feels that the children’s preference is a signal that they’ve “won.” When this is the case, neither parent really hears what the children are saying.

When a child chooses one parent’s home over the other, that’s a big red flag. It means the parents don’t communicate. This is not surprising. Most parents do their best to avoid each other after a breakup. But in reality, everyone is trying to get their sea legs while the kids go back and forth between houses all the time, watching the chaos. And what do you hear as a result? “We don’t have to do that with dad (or mom). Dad has more channels. Mom has better food.” So, yes, the kids might compare one home having better things than the other, but it also shows how different their lives are now that their parents are no longer a couple. It’s the whining about how life is so different now that’s important for parents to keep in mind. Not the TV. Not the pool. It’s the frustration and dissatisfaction that needs to be registered.

So how do you get to the same page? When one parent feels they have won and the other loses, ego drives the interaction, not the children’s best interest.

The reality is that there are sometimes big differences in creature comforts between houses. Maybe there’s nothing you can do about it. However, you CAN get help. You CAN focus on reducing the negativity between Mom and Dad. Good parenting ex-etiquette, Rule #2, is “Ask for help if you need it.” It can be something as simple as offering to pick the kids up from an after-school facility if it’s not your time to be with them. When the kids see the collaboration, you hear less about who has what.

Bottom line: you’re still in it together. For your children. That’s good ex etiquette. 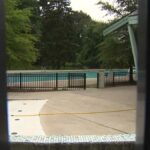 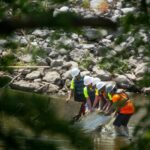 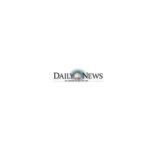 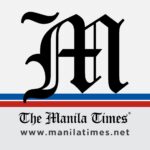 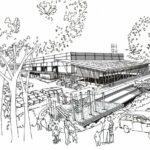 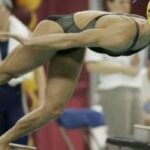