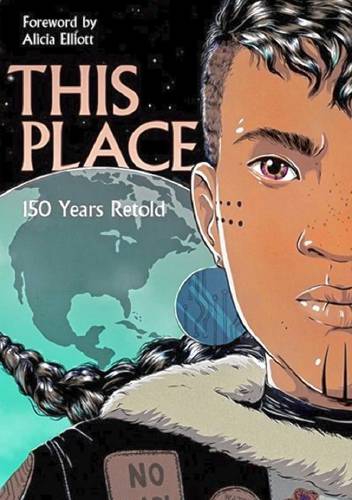 The role-playing game Dungeons and Dragons (D&D) first became popular in the late 1970s and is now enjoying a resurgence. For the unknown, players embark on a series of quests to slay villains, grow in power, and collect treasures along the way.

It’s a form of collaborative storytelling and I know a lot of people use it as a tool to build and sustain a community. So what could this have to do with Earth Matters?

Stories shape how I think about the world, about problems, how I relate to other people, and how I think about the earth and myself. Stories are powerful tools to communicate and change minds. Games like D&D are meant to tell a specific set of stories about power, exploitation, and colonization.

D&D is mechanically designed to use violence against the indigenous peoples of a space. Activist and game designer Avery Adler puts it this way: “If the mechanic is about ‘heroes’ going from one place to another exotic and dangerous place and killing the things they find there and then taking all of their resources and then go and fight additional things elsewhere then that’s the colonial story no matter what color you paint it.

Of course – as many of my friends would point out right now – you can alter D&D to tell all sorts of stories.

Maybe you’re a small group of activists trying to overthrow a fascist, or you’re helping an earth elemental save their planet, or you’re fighting colonizers to protect your home. But the mechanics of the game focus on gathering power and using violence without worrying about the humanity of the indigenous peoples.

In my experience, power is not acquired through virtue – it is accumulated through inheritance and exploitation. Furthermore, climate change disproportionately affects those with the least political power, and it is overwhelmingly caused by people and companies who have too much of it.

So many of our stories in the common canon revolve around individuals or small groups of people wielding power at the expense of the earth and indigenous peoples. D&D is a clear example, but I could also include settlers from Catan, Minecraft, Lord of the Rings or The Avengers and more. I hope this column invites you to discover new or familiar stories about revolution and activism.

Avery Adler’s The Quiet Year is an RPG that focuses on community in the form of a card that is literally held in the center of the table during play. Rather than thinking about the needs of an individual, the game challenges players to anticipate the needs of a complex community.

Stories about climate justice also challenge and celebrate local expertise. At the Hitchcock Center we read a book called Yellow Eye, a picture book about Australia’s Indigenous Impartaja community who are working with their government to save a species of fish called the Yellow Eye. Indigenous knowledge is an important part of feeding the Earth, and as the climate changes, activists need to build and value a deep local knowledge of the place.

This Place: 150 Years Retold is an anthology of comics that tells the story of Indigenous Canadians since the first settlers came to Canada – an apocalypse for Indigenous peoples. This Place tells stories of indigenous survival and resistance and holds the truth that indigenous peoples have a past, present and future.

Stories that tell non-linear plots, or stories in which the main character does not accumulate power over time, are another important part of climate justice work.

Jay Dragon’s Wanderhome is a role-playing game in which players wander together through a vast, mysterious and beautiful world. There’s no end goal or winning moment in Wanderhome other than the collective joy shared by players, and as the stories shift and change throughout the game, the characters don’t always become more powerful.

Wanderhome reminds me that accumulating energy is not an end goal to stop climate change. Wanderhome is a celebration of the earth and our relationships with each other.

I also recommend Octavia Butler’s book Parable of the Sower (with substantive warnings of rape and graphic violence). It explores how a diverse group of people traveling together in an apocalyptic near future depend on each other and their different abilities, worldviews and life experiences for survival.

The Parable of the Sower is a lot darker than some of the other climate stories I’ve mentioned here, but through it all, the main character finds joy and purpose in building a community and fighting for its collective survival.

I believe in the power of stories to inspire change and revolution. Rather than telling stories like those found in D&D, we can create and share stories to disrupt power structures, center and celebrate local and indigenous knowledge, and envision a world where we can be in a positive, reciprocal relationship with Earth and all its things live inhabitants.

Monya Relles is an educator at the Hitchcock Center for the Environment with a passion for environmental justice. In her free time, she can be found hiking, dancing, or playing the ukulele along the Connecticut River, much to the annoyance of passers-by. To see references for the games and stories mentioned here, visit the Hitchcock Center’s website, hitchcockcenter.org, click on the title of this article, then scroll down to the bottom and click References.