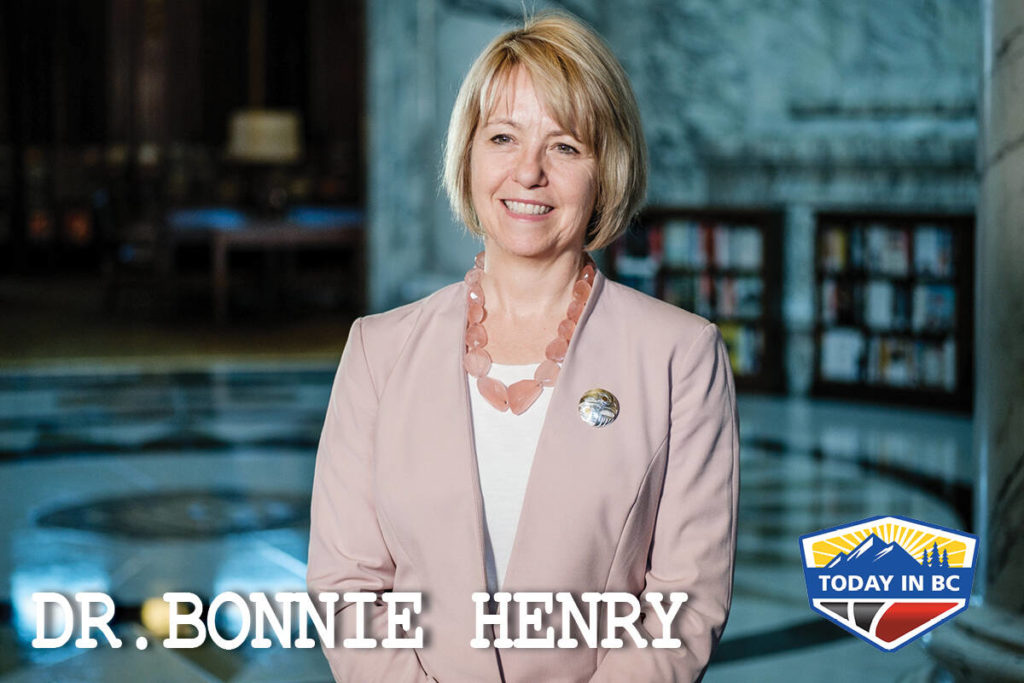 You can find Today in BC Podcasts on iTunes, Spotify, Amazon, iHeart and Google Podcasts.

In this issue of Today in BC, host Peter McCully chats with Provincial Health Officer Dr. Bonnie Henry when asked what training she had received in the Canadian Forces that would serve her well in her current role.

“I think there were a lot of things that you go through when you spend time in the military training,” she said. “Whether it’s basic training and then medical training and then the work that we do. I think especially in terms of leadership, understanding how to organize, how to make decisions in a crisis, having experience and having to do that.”

Working in Toronto, Henry was the operational lead for the SARS outbreak response as well as the overseas Ebola outbreak in Uganda. These experiences made them uneasy when what was spreading out of China came out.

“We know this virus isn’t done with us, and until we’re in a good place around the globe, there’s still a chance it might come back with a vengeance,” she said. “It’ll probably come back in the fall, and part of what I’m doing right now and what my team is doing is looking at what that means? What are the possible scenarios we might face?”

McCully wondered if Henry was able to relax and get away and not think about the job?

“Not yet, but it’s in my future, it’s been a long time,” she said. “We have COVID as of course we have also had a worsening of the poison drug crisis. But I plan on getting away hopefully in the next few weeks as long as things remain as calm as they are now. I think my challenge will be to not think about the job and really try to switch off for a while.”

A mailbag question from a Today podcast listener in BC asked what could be done about the shortage of GPs.

Henry said the issue was not within her sphere of influence, but noted, “I think we have a unique opportunity to change the system.”

“This is not unique to BC or Canada,” she said. “I think we see scarce resources in healthcare around the world. We’ve also made some big leaps forward during this pandemic. Things like virtual care have expanded the opportunities for people in more remote communities to access care. But we also know that you can’t just see people from a distance. We also need to have that interaction in a safe space.”

• if If you have any suggestions or comments, send a voice message to [email protected] You may become part of our inbox for audio podcasts segmentst.