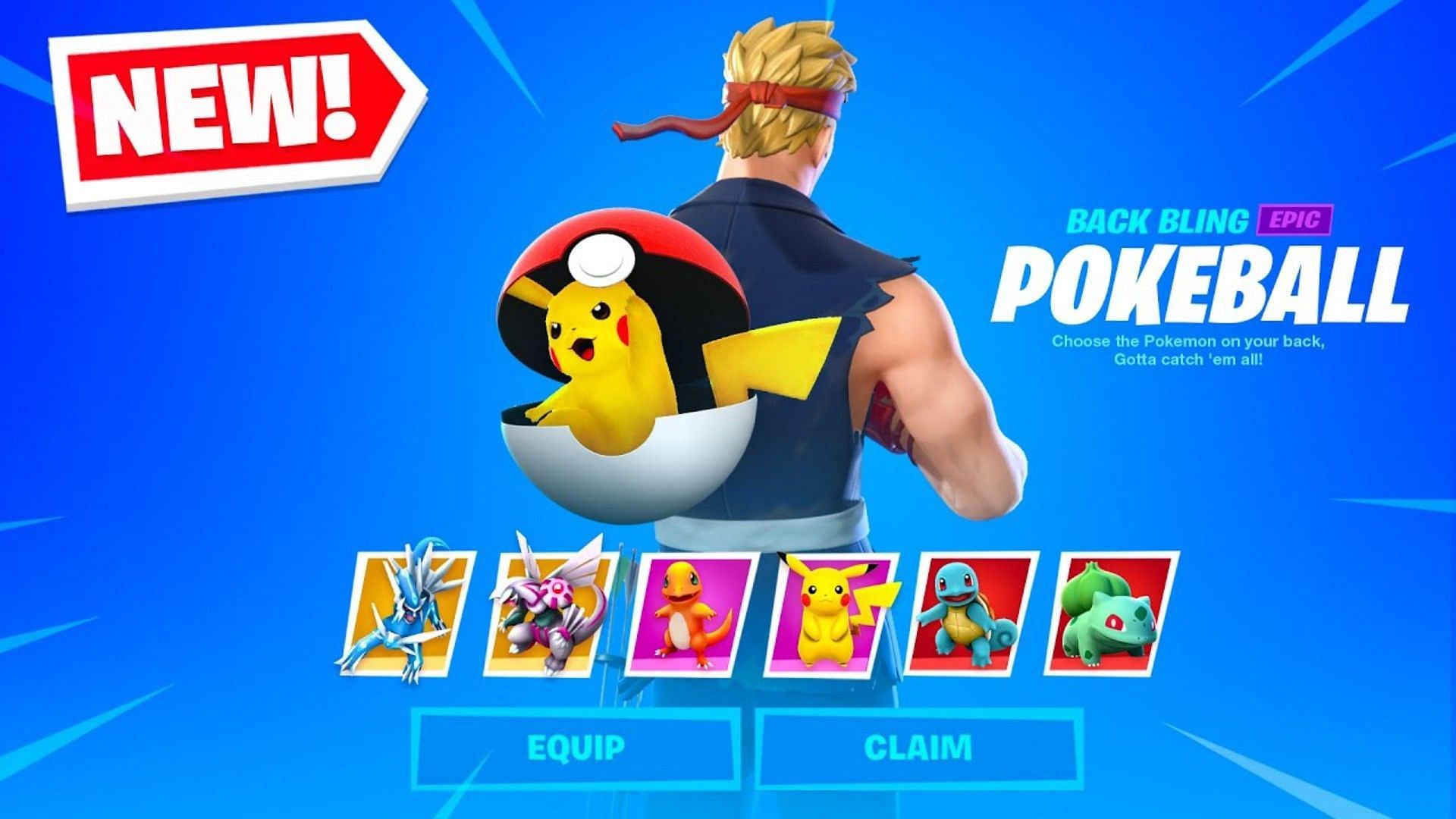 Now that Fortnite Chapter 3 Season 4 is drawing to a close, the community is once again buzzing with speculation about upcoming collaborations. While numerous theories abound, one particularly recent one has gained significant appeal.

According to a viral tweet, there could be a Fortnite x Pokemon collaboration in the near future. This claim is based on a screenshot from the video game Pokemon: Scarlet and Violet showing a Fortnite special edition Nintendo Switch. Other than that, there is no other information to back up this Twitter user’s claim.

THE FORTNITE SWITCH IS PURPLE IN POKEMON SCARLET

I REPEAT FORTNITE IS CANNON IN POKEMON

THE FORTNITE SWITCH IS IN POKEMON SCARLET VIOLETI REPEAT FORTNITE IS CANNON IN POKEMON https://t.co/4ZIOASl4lO

The Pokemon franchise enjoys a worldwide following and happens to be one of the most anticipated collaborations. Since the release of Fortnite’s first-ever collaboration, players have been asking for a Pokemon crossover. To date, nothing solid has emerged. However, Epic Games’ recent foray into anime franchises has a positive connotation.

Twitter user @Kaydefi recently shared a post allegedly hinting at an upcoming Pokemon collaboration with Fortnite. In the post, they shared a screenshot of the popular open-world RPG Pokemon: Scarlet and Violet. The screenshot shows a Nintendo Switch console similar to the Fortnite-inspired Nintendo Switch.

For the uninitiated, Nintendo has previously released a Fortnite-inspired Switch console that comes with Joycon colors inspired by the Battle Royale game. With this special livery, the Twitter user backed up their claim, as the Switch console pictured in the screenshot looks quite similar to the Special Edition Switch.

While this made the tweet viral, it was quickly debunked. Players quickly discovered that users can change the color of the joycons in-game. You can mix and match different colors of joycons that exist in real life. With this information out in the open, many were disheartened that the claim was false.

While this incident underscores the popularity of the Pokemon franchise, it also sheds light on how Epic Games’ usual trend of hiding clues and Easter eggs in plain sight has heavily impacted Fortnite players.

Will there ever be a Pokémon collaboration?

While this latest claim wasn’t legitimate, one can’t completely ignore the possibility of a Pokemon collaboration. Epic Games’ recent ventures into popular anime franchises like Naruto and Dragon Ball have certainly started a dialogue in a positive direction. At this point, the developers have definitely recognized the huge popularity of anime in their player base.

The Dragon Ball collaboration from Chapter 3 Season 3 is clear proof of that, as the crossover has been one of the most successful collaborations to date. According to many fans, it revived the game’s popularity and was a huge financial success.

As a truly global franchise, Pokemon’s popularity is certainly on par with Naruto and Dragon Ball. While the developers haven’t indicated anything in particular about a possible collaboration, they are well aware of the franchise’s popularity and how eagerly their players are waiting for it.

With Chapter 3 Season 4 ending in just a few days, players will either witness a brand new tangent or a fresh start in the game’s story.