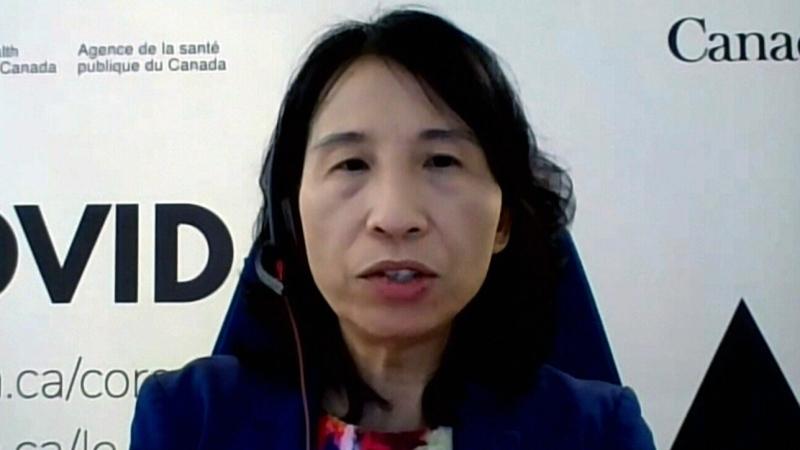 With Canadians still having limited access to polymerase chain reaction (PCR) tests across the country, rapid antigen tests remain a quick and easy way to determine whether or not someone has COVID-19.

However, a recent study in the United States found that these rapid tests may be less sensitive to newer variants of the virus and therefore less effective in detecting their presence. This may leave some wondering how accurate rapid antigen tests actually are, especially as Canadians navigate a sixth wave powered by the Omicron variant.

“The tests are working, they’re still detecting COVID,” said Dr. Christopher Labos, a Montreal-based cardiologist and epidemiologist, told CTVNews.ca in a May 18 phone interview. “We just have to understand their limitations.

“What we’re seeing with the Omicron variant and other variants is that false negatives are a problem.”

The possibility of getting a negative result while infected with COVID-19 is the biggest limitation of using these tests, Labos said. The explanation for a false negative result is unlikely to be due to problems identifying the latest COVID-19 variant due to new mutations, said Dr. Lisa Barrett, an infectious disease specialist and professor at Dalhousie University in Halifax. Instead, it could have more to do with how the test is done and where a person is in their infection history.

“It’s not a test detection issue,” Barrett told CTVNews.ca in a May 18 phone interview. “It may well be that the virus itself resides in different parts of your airway at different times of the infection.”

At the beginning of an infection, the omicron variant tends to be most present in the throat, Barrett said. As the infection progresses, it starts concentrating in the nasal area and later can even move further into the airways, which could then lead to a negative result, she said. For this reason, despite the manufacturer’s instructions, experts including Barrett recommend doing more than just swabbing your nose when using a rapid antigen test.

“We suggest using a swab that goes down the throat, swab both sides — you should get a little gag — and then do both sides of the nose,” she said. “This is your best sample to get the best sensitivity, even for early and low infections.”

Especially for those showing symptoms of COVID-19, a single negative test may not completely rule out infection, especially as Omicron continues to circulate at high levels in different parts of the country, Barrett said. However, it may indicate that the chances of passing the virus on to others at this point are slim. Ultimately, the goal of rapid tests isn’t necessarily to rule out infection, but rather to determine the likelihood of spreading COVID-19 to other people, Barrett said.

“Positive tests are really important and still seem to be associated with a higher risk of contagion for other people and that’s how we try to use the tool,” she said. “The tool was never intended to rule out infection for someone to do something that could be risky if they have symptoms — it’s meant to rule out infection.”

WHEN SHOULD YOU TAKE A RAPID TEST?

If someone shows symptoms of COVID-19 but gets a negative result with a rapid test, they should retest at least one more time or two, Labos said, waiting about 24 to 48 hours between each test.

“It’s about testing repeatedly,” Labos said. “There’s a fairly large number of people who test negative on the first test only to test positive on the second or third test.”

Earlier this year, Ontario’s COVID-19 Science Advisory Table published data suggesting that the sensitivity of rapid antigen tests to the Omicron variant varied depending on how far along someone was in their infection. The results showed that the test sensitivity was just under 20 percent when taken two days after an initial positive PCR test. On the third day, sensitivity rose to over 80 percent.

For this reason, Labos advises waiting a few days after the onset of symptoms to do a rapid antigen test.

“If your symptoms started today, you want to wait [for results from] a repeat test on the third day, that’s the one that gives you the best bang for your buck in terms of diagnostic accuracy.”

For those who don’t have symptoms but want to get a quick test before meeting with friends and family, for example, Barrett recommends doing the test immediately before meeting others.

“If you want to test without symptoms in this situation, do it right before you enter a gathering… and [swab] Head and nose,” she said. “Don’t do it 12 hours before because [the virus] may change in height.”

WHAT EXACTLY DO RAPID TESTS MEASURE?

Rapid antigen tests are typically designed to target the N gene product, or nucleocapsid protein, of SARS-CoV-2, Barrett explained. This is different from detecting the virus’ genetic material or antibody levels, which usually rise when someone has either been infected with the virus or received a COVID-19 vaccine, Labos said.

“You’ll only have this protein if you’re actively infected with COVID-19, the vaccine doesn’t affect that,” he said. “Even if you’ve been vaccinated, if you don’t actively have COVID, you’ll still test negative.”

This differs from performing PCR tests as they detect parts of the SARS-CoV-2 S gene, also known as the spike protein. PCR tests are considered more accurate at detecting COVID-19 than rapid antigen tests, Labos said, but that doesn’t mean taking one is necessary to confirm the results of a rapid antigen test, especially when someone is symptomatic.

Given the limited suitability for PCR testing in different parts of the country, rapid tests continue to play a useful role in detecting COVID-19, particularly because they are self-administered, can be conveniently performed at home, and provide results in around 20 minutes. said beret.

Advising people to have multiple COVID-19 tests to determine if their symptoms are caused by COVID-19, Labos said it’s helpful to reserve a rapid test kit for each person living at home. Each kit usually comes with five tests.

“When you think about the practical reality of having to do multiple tests if you get sick… you want to make sure you have enough rapid test kits to ensure that every person in your house can do two, three or four rapid tests if they do.” the case is need arises.”

WHAT SHOULD YOU DO IF YOU TEST POSITIVE?

Finally, if someone tests positive with a rapid antigen test, the first step should be to self-isolate, Barrett said. Provinces have different self-isolation requirements after exposure to COVID-19. In Ontario, for example, residents are expected to quarantine for at least five or 10 days, depending on their vaccination status, and must continue isolation if symptoms have not improved or if they continue to have a fever. However, Nova Scotia has a requirement to self-isolate for seven days from the onset of symptoms, regardless of vaccination status.

To reduce the chance of infecting others, Barrett recommends that people stay home for at least seven days and wait for their symptoms to resolve before ending self-isolation. It’s also a good idea to do a rapid test towards the end of the isolation period to see if a person is still contagious or not.

“That’s most useful for showing that you’re still positive and maybe want to stay home an extra day or two, especially if you work with vulnerable people…or you have people in your immediate circle who are vulnerable. “

WHERE CAN YOU GET RAPID TESTS?

Alberta: Rapid test kits are available at select pharmacies throughout the province and at some Alberta Health Service clinics.

Manitoba: Residents can find rapid tests at provincial testing sites, as well as at pharmacies, grocery stores, and certain libraries.

New Brunswick: Rapid tests are accessible to residents with COVID-19 symptoms through the province’s online portal.

Newfoundland and Labrador: Rapid testing is performed through testing programs conducted in schools, health centers, and other settings.

Northwest Territories: Residents can access quick tests for free at Northern Stores throughout the territory, as well as at the Yellowknife Fieldhouse and City Hall.

Nunavut: Rapid tests are available at Northern and NorthMart stores.

Ontario: Rapid tests are available free of charge at select pharmacies, grocery stores and through some community partners.

Prince Edward Island: Residents can access rapid tests at the Access PEI offices. Tests are also provided for those enrolled in schools and daycares and in long-term and community care.

Quebec: Rapid tests are available at most pharmacies and for those enrolled in schools and child care facilities.