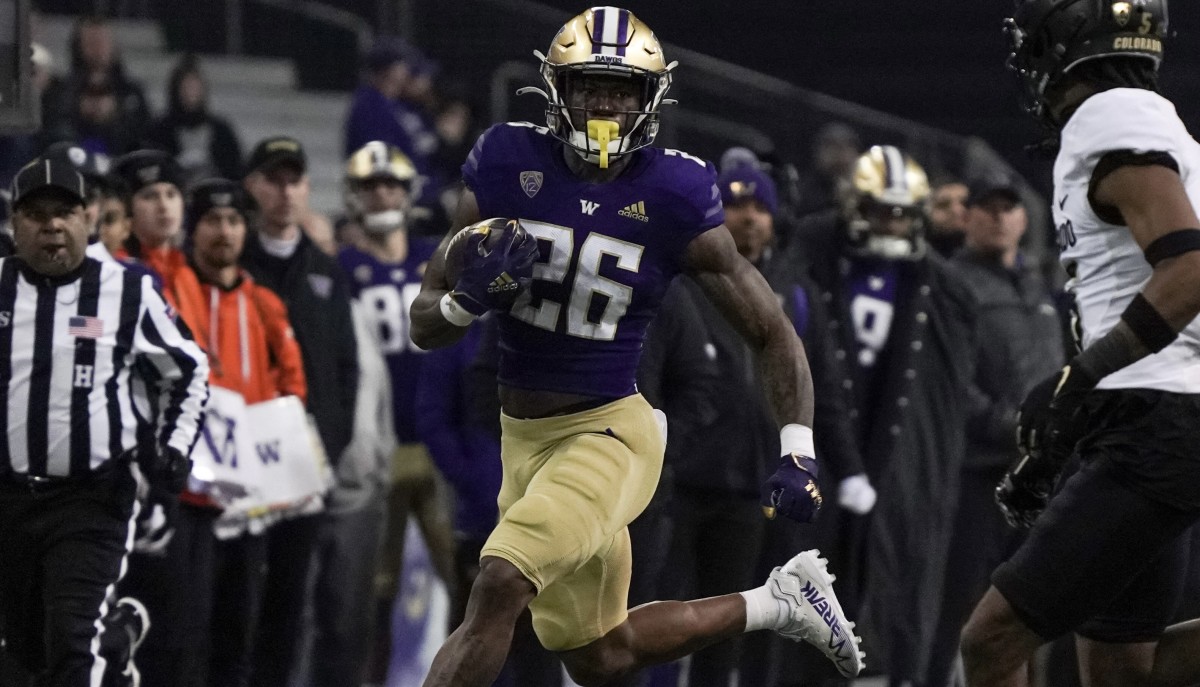 You may have been in your car on the 520 floating bridge trying to give a head start to traffic exiting Montlake. Or grab one last hot dog at Husky Stadium before the eatery closes for the winter months. Or watching the commotion in front of you but not quite sure what happened.

Against Colorado, Kalen DeBoer and his coaching staff at the University of Washington fielded 79 players in the chilly November night cold last Saturday night to beat the Buffaloes 54-7.

That’s more players than the Huskies usually take on the road.

DeBoer has made it clear that not only does he want to reward underused players for their dedication to the program where appropriate and give them memories, he wants to turn his inexperienced huskies into guys who are willing to play longer minutes when their time comes.

“We need to build that depth throughout the program because I just feel like there’s a weakness where we don’t have that depth in a lot of places,” DeBoer said earlier this year. “It doesn’t mean we don’t have the players; it means there isn’t a lot of experience beyond the regulars in terms of the amount of football they’ve played.”

For those scoring at home, 93 of the 116 players on the list have appeared in at least one Husky football game in their careers. Of the 23 still awaiting their UW debut, seven are fellows

Harnetiaux and Siva-Tu’u, both from Seattle, picked up their first career tackles, as did Bradley McGannon, a redshirt-style freshman from Yelm, Wash., who previously appeared in games against Kent State and Portland State.

Walkable redshirt freshman Griffin Waiss of San Jose, Calif., who has appeared in all 11 games this season, caught his first husky pass for a 21-yard gain.

Maurice Heims, the redshirt freshman edge rusher imported from Hamburg, Germany, was playing in his fifth game for UW and had the following stats: 3 tackles, 2 tackles for loss and a sack against Colorado, a career first in each category.

Seattle wide receiver Brennan Holmes, one of two walk-on seniors who will leave the program, ran the ball in an end-around and lost 6 yards to the Buffaloes.

Ulumoo Ale, the 6-foot-6, 340-pound junior and former offensive guard turned defensive tackle, made his first start in his 10th game as a tackler after opening 10 games as a blocker in the previous two seasons would have.

And finally, redshirt freshman Jay’Veon Sunday, the Waco, Texas product who played in four games in 2021 and rushed 10 yards on eight carries, made his season debut against Colorado and called off a 19-yard streak.

Go to si.com/college/washington for the latest Inside the Huskies stories – how once they are published.

Not all stories are published on the fansites.

Find Inside the Huskies on Facebook by searching: Inside Huskies/FanNation on SI.com or https://www.facebook.com/dan.raley.12