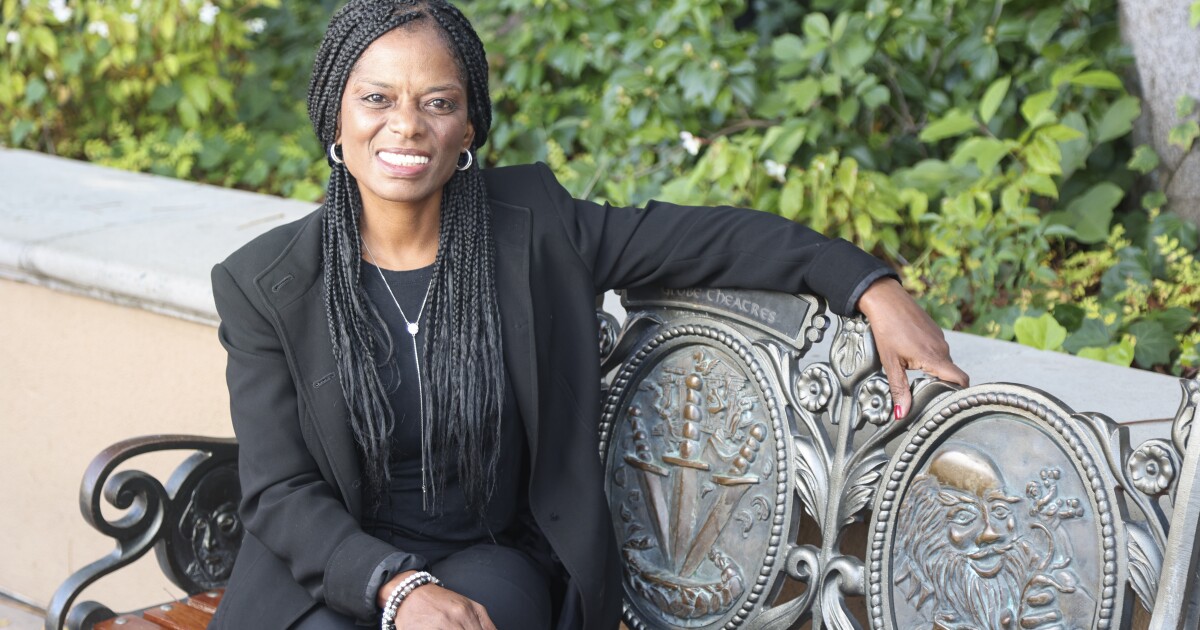 In 2017, Turner Sonnenberg made her Old Globe directorial debut with Morisseau’s “Skeleton Crew,” which earned a 2022 Tony nomination for Best Play at its Broadway premiere this month. In March of last year, she directed a filmed performance of Morisseau’s Detroit ’67 at the University of San Diego. And this month, the Old Globe-based artist is directing Morisseau’s “Mud Row,” the story of two generations of black sisters in the same family settled in the Mud Row community of east West Chester, Pa, with themes of class, racism , love, family and gentrification.

The play is set in two time periods: the 1960s, when one sister is an aspiring sister and the other a civil rights activist, and the second act is set today, when the sisters’ granddaughters, one a successful woman, the other a recovering drug addict, argue about it what to do with their late grandmother’s abandoned house on Mud Row.

Turner Sonnenberg opened up last week about her passion for writing Morisseau, her thoughts on Mud Row and what else she’s up to this summer.

Q: What do you love about Morisseau’s plays?

A: Dominique is probably one of my favorite American playwrights. Her voice is so strong and poetic and relevant. I love her use of language and rhythm. And you can feel how much she loves the characters she creates. Capable of good or evil, they are fully human. Her work continually addresses the intimate human story, told against a broad backdrop of neighborhood history, American history, and racial and social change.

Q: What drew you to Mud Row?

A: It’s about sisterhood and feminism and the censorship of blackness, and it’s fun and hip. I love all the characters – they are very different and very honest in their humanity. And the play is deeply rooted in community – where we come from and how we can break free from the past. It’s that age-old question of accepting or turning away from one’s heritage. I find that the more specific something is, the more universal it is. This piece is geographically and culturally specific, but the themes of the piece still resonate for everyone.

Q: The characters in the play are fictional, but Mud Row is a real place. How did Morisseau come to write this play?

A: Michigan’s People’s Light Theater commissioned this play, and she spent a lot of time in West Chester researching local neighborhoods. The other subtle thing in the piece is the theme of gentrification. It’s about the sisters’ struggle to preserve their wealth. Black people weren’t allowed to own houses, but owning property is about building wealth. It’s about wanting to hold on to the one thing your family left you that helps determine prosperity.

Q: How are the rehearsals going?

A: You’re running great. It’s a fantastic cast. But it’s hard work. The rhythms of language are so specific, but theater is always the art of making the extreme look easy. We’re living in the play now and it’s kind of awesome.

Q: After Mud Row, what’s next for you?

A: I’m going to TheaterSquared in Arkansas to do “Flex,” a new play by an Arkansas playwright about women’s basketball set in Arkansas. Then I’ll direct another production of One in Two (which she premiered at the Diversionary Theater last summer) in Florida at the Island City Stage. And then I’m going to the Utah Shakespeare Festival in August to direct actor Derek Charles Livingston in George Stevens Jr.’s Thurgood. I’m also a resident artist at the Old Globe and on the board of directors of the La Jolla Playhouse. It’s a busy time, but I’m grateful to be busy.