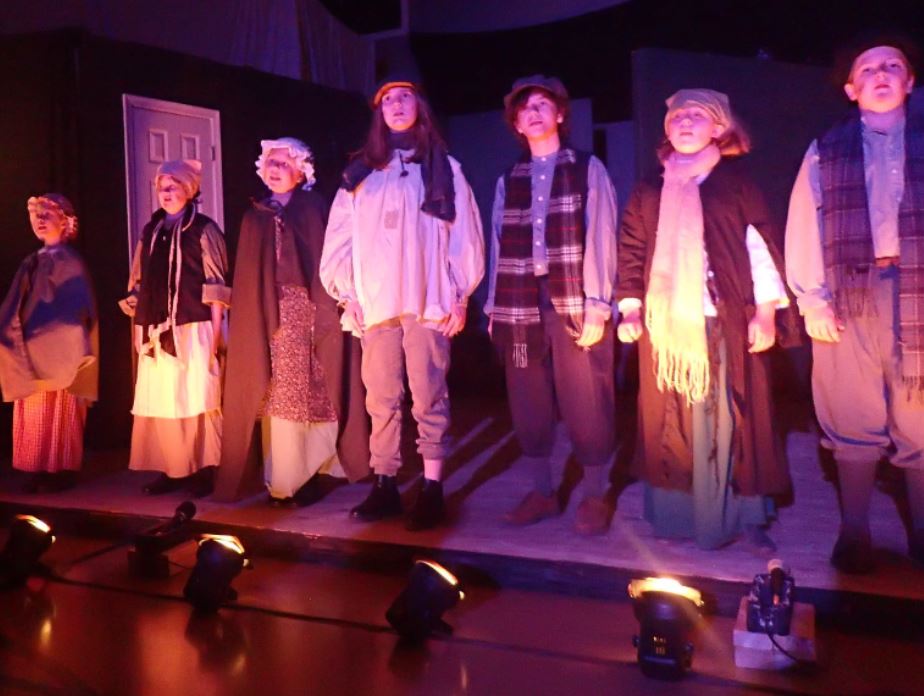 All the world’s a stage…or soon will be for the kids of Calvert County.

Without a dedicated performing arts space, Calvert County is an area largely constrained in its performing arts experiences for residents. This is even more true for children who want to step on the boards.

Although there are two active community theater groups in the county — the Twin Beach Players in North Beach and the New Direction Community Theater in St. Leonard — not all performances have roles for children. Oftentimes, theater children who were interested in getting involved in plays outside of the school system had to either wait for an annual summer camp or make the trip to neighboring counties to perform.

“I felt that there was a real need for a special community theater offering that caters specifically to the youth of our area and not only gives them a performance option, but goes that step further and offers year-round educational classes to help them with everything aspects of the theatrical arts experience,” Righter explains. “There wasn’t a person we approached about our idea who didn’t say we’ve been waiting for something like your idea. We knew there was a shortage and a real need for our program. So we took the ball and ran with it.”

Aly Cross, vice president and volunteer coordinator for CTSMD, wholeheartedly agrees with Righter’s vision. “I find myself here in my dream job of not only continuing to teach and direct, but actually helping to start a children’s theater company that has been specially developed for children who would otherwise not have been given an opportunity to ‘act the theatre’ outside of school productions .”

Twin Beach Players President Audra Vernier agrees that participating in the arts can have many benefits for children, sometimes in ways that transcend the stage.

“There is a clear social benefit. Like-minded kids often become best friends at the club. We’ve seen shy kids thrive in our productions where it built their confidence,” says Vernier.

While not all of their productions have roles for children, Twin Beach Players strive to include younger cast and technical crew whenever possible. The company is currently in rehearsals for a teen-only crime production. the alibis, which runs from June 17th to 26th. In addition, they host an annual Kid’s Playwriting Festival that highlights short plays written and performed by children. This year’s KPF will perform every weekend from August 12th to 21st. At the end of the year, their holiday production of A Christmas song will include many acting opportunities for young actors.

The New Direction Community Theater also makes a point of involving young performers each year. As their website advertises, “In addition to traditional shows, we offer an annual children’s show for our young actors and audience.” This year’s show will be an October production of the wonderful wizard of oz.

Both groups are leading the campaign to create a performing arts alliance and its own performance space in Prince Friedrich.

Elsewhere in the county, aspiring performers will find many summer camp opportunities to explore the world of theatre.

At Calverton’s annual Summer Adventures Broadway Camp, attendees will spend two weeks seeing a production of Disney’s The Little Mermaid, Jr. Performances are on July 28 at 1:30pm and 6:30pm at Calverton School. “I’ve run the Broadway camp at Calverton Summer Adventures for 10 years,” shares Katie Evans. “I keep coming back because I’m amazed in every kid’s eyes that they were able to complete a full-scale production in less than two weeks.” All children aged 8 to 14 can register. “Camper will work with a professional production team: director, music director, choreographer, technical designer and costume designer. The daily schedule includes one lesson each in singing, dancing and acting, followed by an afternoon with production crews in prop making, set painting, costume design, advertising and crafts.”

The Children’s Theater of Southern Maryland launches its first show, Disney’s Newsies Jr. June 30th, as part of their first Summer Production Camp. Cross acts as show director. “Our campers, both performing and technical, will experience intense dance, singing, acting and technical theater rotations every day for two weeks,” she says. In addition to the full-day camp for performers, there is also a half-day option for campers who want to work on the backstage and technical elements of the show. CTSMD also has a special volunteer program (The Captains) for teens and young adults who wish to build their theater experience while working with experienced teaching artists.

“Every time a young person walks away from a performing arts experience, they change,” says Cross. “And after living through the past two years with extremely limited expression, this is something the kids need now more than ever.”

Community theater of the new direction