Cryptocurrencies have been in the spotlight since the Supreme Court overturned their blanket ban in early 2020. What first started as curiosity has turned into a widespread phenomenon with the proliferation of exchanges and booming markets throughout 2021. Despite being a late entrant, India has embraced the crypto world with open arms, and today there are up to 27 million Indians holding crypto assets, mostly from Tier II and Tier III cities. Just to put it into perspective, this isn’t far off from the active Demat accounts that have been around for decades.

However, for a country as large as ours, it is imperative that any vehicle involving public investment have enough guard rails and regulations to ensure safety and peace of mind on par with stocks and mutual funds. This is one aspect where India is perhaps lagging behind, despite the massive penetration of the past two years. Let me remind you that adoption and regulation is a regular cycle of any new concept, and there were doomsday predictions for mutual funds as late as the 1990s before becoming ubiquitous in the new millennium.

What steps has the center taken so far in relation to crypto?

Cryptocurrencies are a very interesting convergence of assets, currencies and technology. Close observation of the steps taken so far by the Treasury shows that our regulators view the three aspects differently and I think this is the main reason why India has so far sent mixed signals and taken time to support the budding industry while protecting the interests of investors.

If we take a close look at all the announcements made during the last union budget, while most of the noise was about crypto taxation, there is a very interesting detail regarding our government’s firm commitment to the digital rupee (a Introducing and promoting the crypto version of the INR) is a very welcome step, which has since been repeatedly confirmed by the RBI. Cryptocurrencies on the blockchain are generationally advanced compared to the current digital version of money, and India has (as always) been open to adopting a new technology that only brings benefits.

The second facet of treating it as an asset is now well legitimized with the advent of TDS and income tax. While it’s debatable whether the rates are high (or low), or whether policymakers should treat them on an equal footing with STCG and LTCG, this should be cause for celebration for the burgeoning industry. Taxation is the regulator’s way of authorizing this, and it clears the air that trading and owning crypto is now perfectly legitimate. These are early days and I am sure that as time and understanding increases, taxation will gradually become more investor friendly.

This brings us to the third aspect of crypto as a currency, where our regulators (unlike some countries) have been firm (and rightly so!) that their treatment cannot be equated with what they see as a cryptocurrency red flag monetary balance. Currencies are a highly liquid store of value and we must ensure that we carefully monitor how things are developing in India and abroad so that we can take appropriate steps to ensure that crypto’s innate lack of traceability does not pose any problems.

India and crypto: future ahead

Our Honorable Minister of Finance spoke last month about international cooperation on crypto. India should look no further than our neighbors Singapore and Dubai; two countries that are now at the forefront of leading the crypto revolution the right way. Crypto(s) exhibit a very interesting dual behavior, being visible to all but not accountable as long as they remain on blockchains. This is the stumbling block in my opinion and the government should create the framework, work with exchanges and issue licenses for companies like ours (and others) to act as facilitators of what our regulators want and India with the blockchain advance technology.

India missed the silicon revolution but made up for it with the software boom and the benefits are clear to all of us. Everything new has its pros and cons and the need of the hour is to create ease with controls so that we embrace all that is good about it and under no circumstances miss the blockchain revolution that will be a massive boom for our economy for a decade from today.

Cryptos has received a mixed response from different countries so far. El Salvador was the first nation to adopt bitcoin as legal tender alongside the US dollar. However, it suffered heavy casualties. Despite criticism from the International Monetary Fund (IMF) and several credit agencies, the Central American nation continued to add BTCs to its national reserve and even revealed plans to set up a crypto trading hub called Bitcoin City. However, due to the recent crash in BTC prices and the general cooldown of the crypto market, the country’s investments are losing value, estimated at over $50 million.

On the other hand, you have China, which has come down dramatically on crypto platforms and its various aspects. So much so that crypto traders and miners eventually had to leave the country and set up bases in other South Asian countries to continue their businesses.

Perhaps India’s cautious approach to crypto and its various aspects could be seen as a learning curve for other governments before deciding to take over or ban the sector outright without focused research.

The author is the founder of weTrade Technology, a leading company in the crypto space. The graduate of IIT Kanpur has been a technology veteran for 20 years and has been part of the Flipkart leadership for 8 years.

Disclaimer: The opinions, beliefs and views expressed by the various authors and forum participants on this website are personal. Crypto products and NFTs are unregulated and can be very risky. There may be no regulatory recourse for losses on such transactions. Cryptocurrency is not legal tender and is subject to market risks. Readers are advised to seek professional advice and carefully read the offering document(s) and relevant key literature on the subject before making any type of investment. Cryptocurrency market predictions are speculative and any investment made is at the sole expense and risk of the readers. 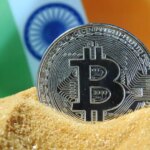 A tale of control or caution? 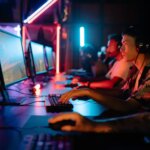 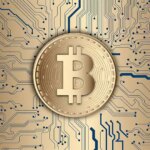 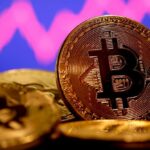 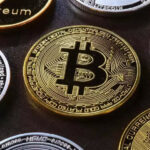 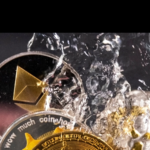