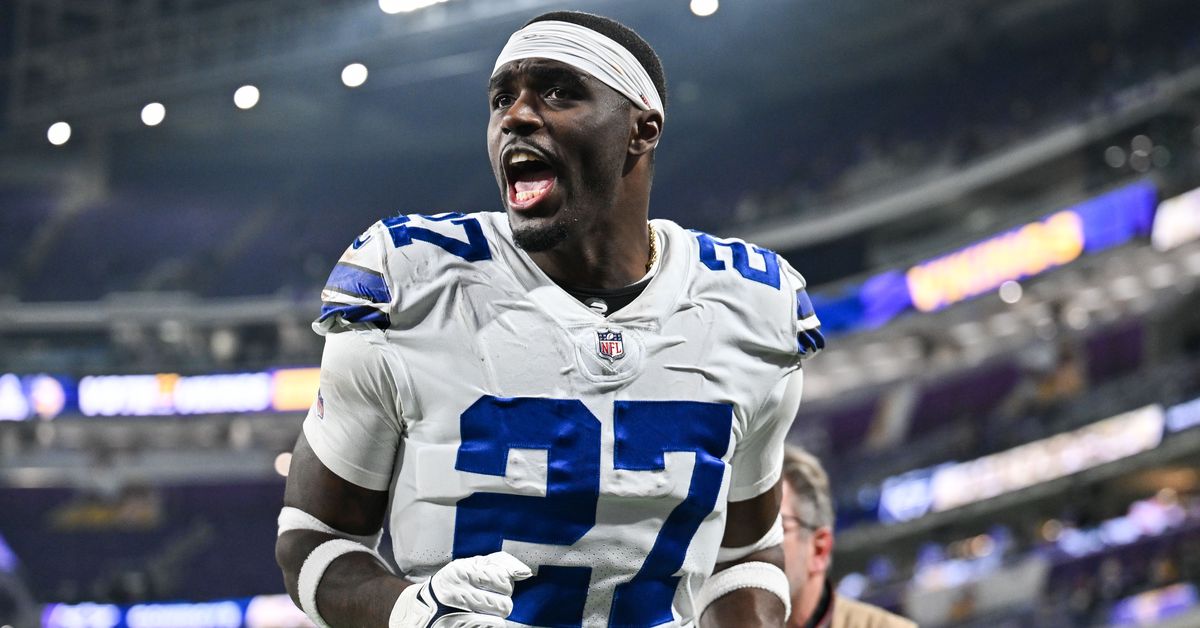 A quick look at a few games from the Cowboys and Vikings game shows that getting the little things right adds up.

Ahead of Sunday’s game against the Minnesota Vikings, there was a lot of talk from the leaders of that defense and how they would need to respond to the run. The two most vocal on the issue were Micah Parsons and Jayron Kearse, with the latter describing the mood of the defense as “angry”.

Angry would be a good way to characterize the rushing style of Vikings running back Dalvin Cook. Given their recent struggles, Dallas has had to face the challenge presented by the Vikings’ running game. With a little help, Leighton Vander Esch managed to do just that.

Vikings center Garrett Bradbury (#56) and left guard Ezra Cleveland (#72) attempt to tackle Carlos Watkins, who is lined up above Bradbury, with the doubles team. Left tackle Christian Darrisaw (#71) is tasked with driving Dorance Armstrong, who is lined up in the B gap, out of play and creating a hole for Dalvin Cook.

Meanwhile, receiver KJ Osborn, after making a switch before the snap, is reportedly blocking Kearse so he can’t play Cook from the other end. Osborn can’t get a clean block against Kearse and that allows him to pick up Cook to help Vander Esch with the tackle, but watch what happens behind the game.

The Vikings send Adam Thielen in motion simply to occupy Vander Esch’s eyes. If Vander Esch goes too far to the left, Cook will most likely run downhill one-on-one with Malik Hooker. It’s at least a 10-yard gain if not a house call.

Very intelligently, Vander Esch stays in the game, picking up Cook in the hole and making the stop for a short win.

The Cowboys’ offensive line was excellent against Minnesota. They provided Dak Prescott with a clean pocket and time to throw, but they were also exceptional in the running game. This game is not flashy or intended to be shown in a highlight reel. However, it does illustrate offensive line dominance and execution.

The Vikings are lined up in a 3-4 front, three down linemen, and two stand-up outside linebackers. Za’Darius Smith is to the far left of Tyler Smith, no doubt looking to set the edge, and the same goes for DJ Wonnum on the opposite side.

Watch the left side of the Dallas offensive line in this game. There is a double team block by Tyler Biadasz and Connor McGovern on James Lynch. The umpires missed it, but you can be 99% sure that McGovern gets turned so clumsily because Lynch grabbed him to make sure he doesn’t come second tier on top of Jordan Hicks. An additional five yards should have been added to the run.

The right side of the line looks even better. Check out All-Pro Zack Martin and Terence Steele. Martin joins central defender Eric Kendricks and Steele drives Harrison Phillips from one hashmark to another. These blocks give Ezekiel Elliott a clear lead on the cutback. Also, pretty good work from Dalton Schultz blocking Jonathan Bullard at the back. A punishing performance from the offensive line. They were like a herd of elephants on a rush.

The Cowboys are on the left with three receivers and Dalton Schultz is on the right of the formation with Pollard in the backfield. The Viking orientation makes it appear that there are two deep fuses with man coverage underneath.

This entire game starts up front with the offensive line giving Dak Prescott plenty of time. Connor McGovern passes James Lynch to Tyler Biadasz to help Tyler Smith, who forces the rusher past the quarterback. If you look closely you can see where Za’Darius Smith staggers Zack Martin for a second after knocking his hands down, but Martin is able to regain his balance very quickly and the front of the bag is clean for Prescott. There’s also Terence Steele one on one with Wonnum bricking him. All round great protection.

In the second round, the Vikings have two corners over Noah Brown and Michael Gallup, with linebacker Eric Kendricks shading over CeeDee Lamb. On the opposite side of the field, Patrick Peterson is shadowed just outside Dalton Schultz. Minnesota is trying to take away all throws at the sticks.

In this coverage, Minnesota Jordan Hicks is putting running back Tony Pollard in charge. Judging by the way Hicks is looking back into the backfield, he expects Pollard to break his way flat toward the touchline. He never expected Pollard to carry his route onto the field.

It’s a race to the end zone at this point and Hicks is too slow to keep up after Prescott dropped the pass over Pollard’s shoulder.