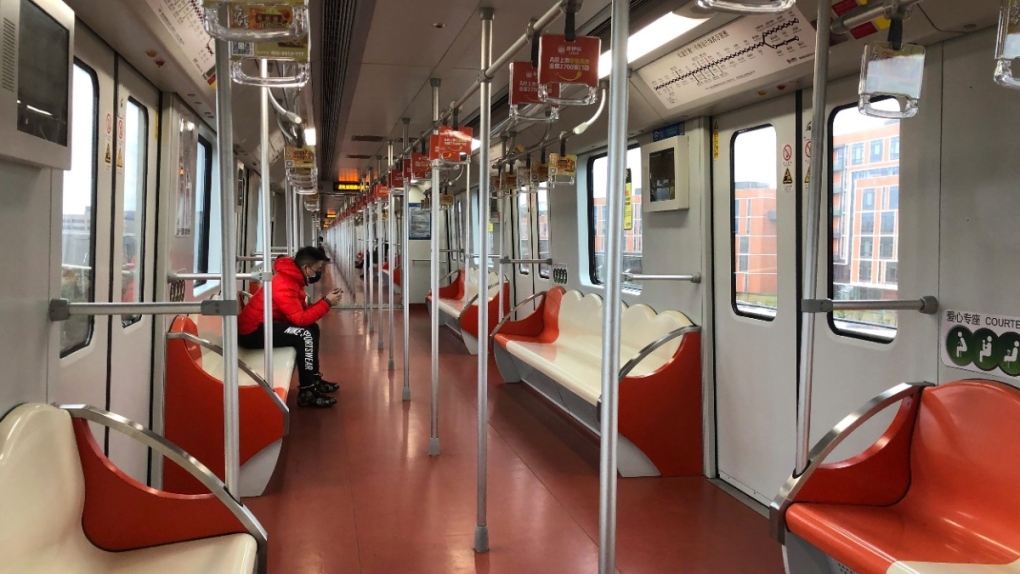 The locked down Chinese metropolis of Shanghai will reopen four of its 20 subway lines on Sunday as it slowly eases pandemic restrictions that have kept most residents locked in their apartment complexes for more than six weeks.

It wasn’t immediately clear how frequent the service would be. Trial bus services resumed in three outlying areas this week, with buses running every 30 to 90 minutes during the day.

The lockdown of China’s biggest city has dealt a blow to the economy and frustrated residents, especially as many countries elsewhere around the world back off such harsh measures as they try to live with the virus. But officials have stuck to a “zero-COVID” approach, saying lifting restrictions could put a strain on the public health system and lead to more deaths, particularly among under-vaccinated elderly people.

The outbreak in Shanghai has killed 580 people, according to official statistics, making it the deadliest in China since the first outbreak in the city of Wuhan in early 2020.

Even as new cases fall, authorities are slowly and deliberately easing restrictions to ensure the virus stops spreading outside of quarantine facilities and areas of known infection.

The city of 25 million recorded about 700 new cases on Wednesday, accounting for most of the roughly 1,000 cases nationwide.

Though most inner cities are in some form of lockdown, some of Shanghai’s outskirts have shown signs of normalcy.

Residents of southwest Jinshan District were seen shopping at a farmer’s market, buying grilled meat and bubble milk tea on a shop-lined street and getting their hair cut in a video broadcast by Shanghai Media Group.

Only 50 people were allowed into the market at a time, and stallholders were required to take a nucleic acid test and an antigen test every day. The market was also disinfected three times a day. Appointments are required for a haircut and only two customers are allowed in the hair salon at a time, Shanghai Media Group said.

In Beijing, which has reported 55 new cases, some subway stations and bus routes are closed, dining in restaurants is banned and residents are urged to work from home as authorities try to contain an outbreak at scale from Shanghai to prevent the Chinese capital.

Elsewhere in China, the city of Guang’an in southwestern Sichuan province went into lockdown on Wednesday. The province recorded about 150 new cases.