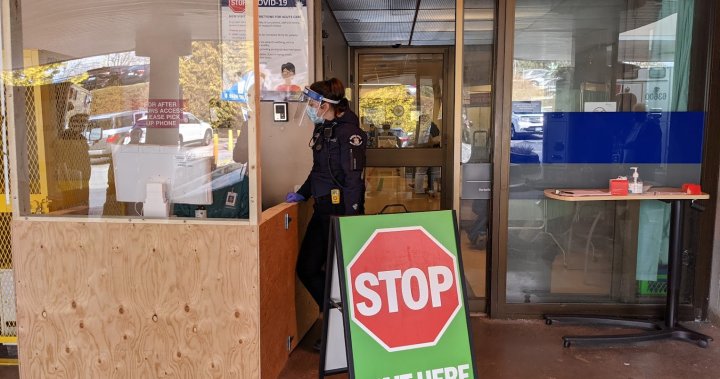 The number of people in hospitals in British Columbia with COVID-19 has fallen to its lowest level in almost a month, according to the province’s latest weekly update.

The BC Center for Disease Control reported Thursday that there were 540 in-hospital cases, down 56 from last week, including 49 in intensive care, down from five.

According to BC’s “Census” reporting model, all positive cases are counted regardless of the reason the patient was hospitalized.

The BCCDC also reported 1,645 weekly cases, as of May 14, but limited access to PCR testing means the true number is likely much higher.

The update comes after the independent BC COVID-19 Modeling Group released its own report on Wednesday showing that the sixth wave of the pandemic has peaked amid growing immunity to the Omicron variant.

As part of the weekly reporting system, BC health officials are also providing preliminary data on hospital admissions, albeit with a one-week lag.

COVID-19: Cases are spiking again at BC hospital after brief dip

According to the latest report, BC recorded 334 admissions between May 8 and 14, but the BC CDC says the numbers are preliminary and are likely to be revised upwards.

In its report, the BC COVID-19 Modeling Group found that admission numbers have typically been revised upwards by about 20 percent.

1:37
COVID-19 hospitalizations in BC high but stable

COVID-19 hospitalizations in BC high but stable

The latest weekly data also reports 59 deaths between May 8 and 14, a number that is also preliminary and is expected to be revised upwards. For example, the 59 deaths listed in the last report have since been revised upwards to 84.

The number of deaths comes with another caveat: the province’s “all-cause mortality” model includes all deaths during the reporting period that tested positive for COVID-19 in the previous 30 days.

Health officials have said this model likely overestimates deaths but is yet to release a promised “retrospective assessment” to “better understand true COVID-19 mortality.”