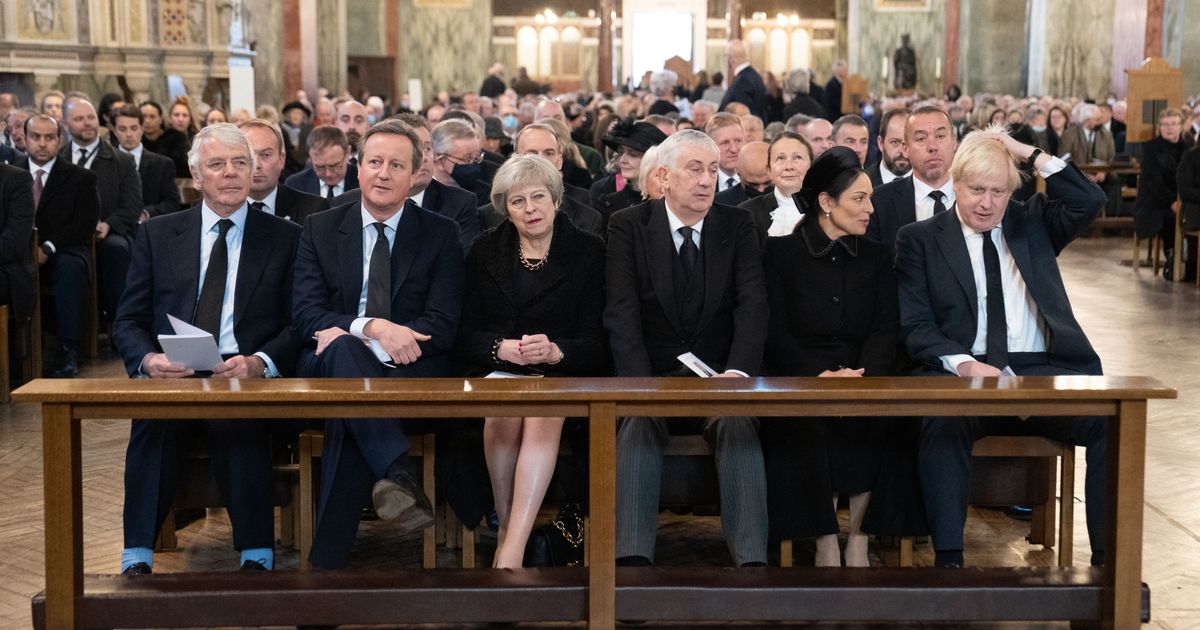 As a fully paid member of the metropolitan liberal elite, I often sit around the mansion sipping a glass of Veuve Clicquot and pondering what to do with all that money burning a hole in my pocket and wondering what all this cost of living crisis is triggers speeches is all about.

If you’re in a similar bind, let’s look at some ways to spend your money, a bit like the FT’s How To Spend It supplement, but with fewer Bugattis and yachts and more dick jokes. (“How To Spend It, as wealthy readers may have noticed, has been renamed HTSI—and if you have HTSI, I recommend a visit to a clinic for some soothing balm).

Anyway, there are plenty of ways to spend your money if you really want to. One, er, lucky person donated a cool £120,000 to Britain’s Conservative Party this week to have dinner with Boris Johnson and his two predecessors, Theresa May and David Cameron.

The penalty – sorry, price – was auctioned off at a swanky Tory party at London’s V&A Museum. That dinner could be awkward for a number of reasons, most notably that Johnson and Cameron have repeatedly clashed and that Johnson (metaphorically) stabbed May at the front when she was Prime Minister.

sure, £120,000 is a drop in the ocean when it comes to donating cash to political parties or election candidates. In the US, Democrat-backed Sam Bankman-Fried said last month he could spend $1 billion or more on the 2024 election, making him the largest-ever political donor to a single US election. Although Bankman-Fried made his money in cryptocurrency, he might want to wait before writing checks just in case he’s worth anything $1.28 by then.

Another way to spend all that extra money is to dive into the real estate market. As POLITICO revealed, the EU’s diplomatic wing plans to buy a New York mansion for more than 20 million euros.

Perhaps the most striking thing about the recently renovated Upper East Side home that was to be the home of the head of the EU delegation to the United Nations in New York is the purple and brown Union Jack carpet in one room. However, there is also a sign in this room that says ‘dead end’, which begs the question: is this a Brexit-themed room? Is a framed blue passport not in the picture at the moment? And is there a bound (and unread) version of the Withdrawal Agreement on a nearby coffee table?

“Seriously! We agreed that we would all wear the colors of Ukraine. Now I look stupid.”

Last week we gave you this photo:

Thanks for all entries. Here’s the best of our mailbag – there’s no prize but the gift of laughter, which I think is far more valuable than cash or alcohol.

“He holds the world with his hands! What a coincidence!” by Giovanni Cellini.