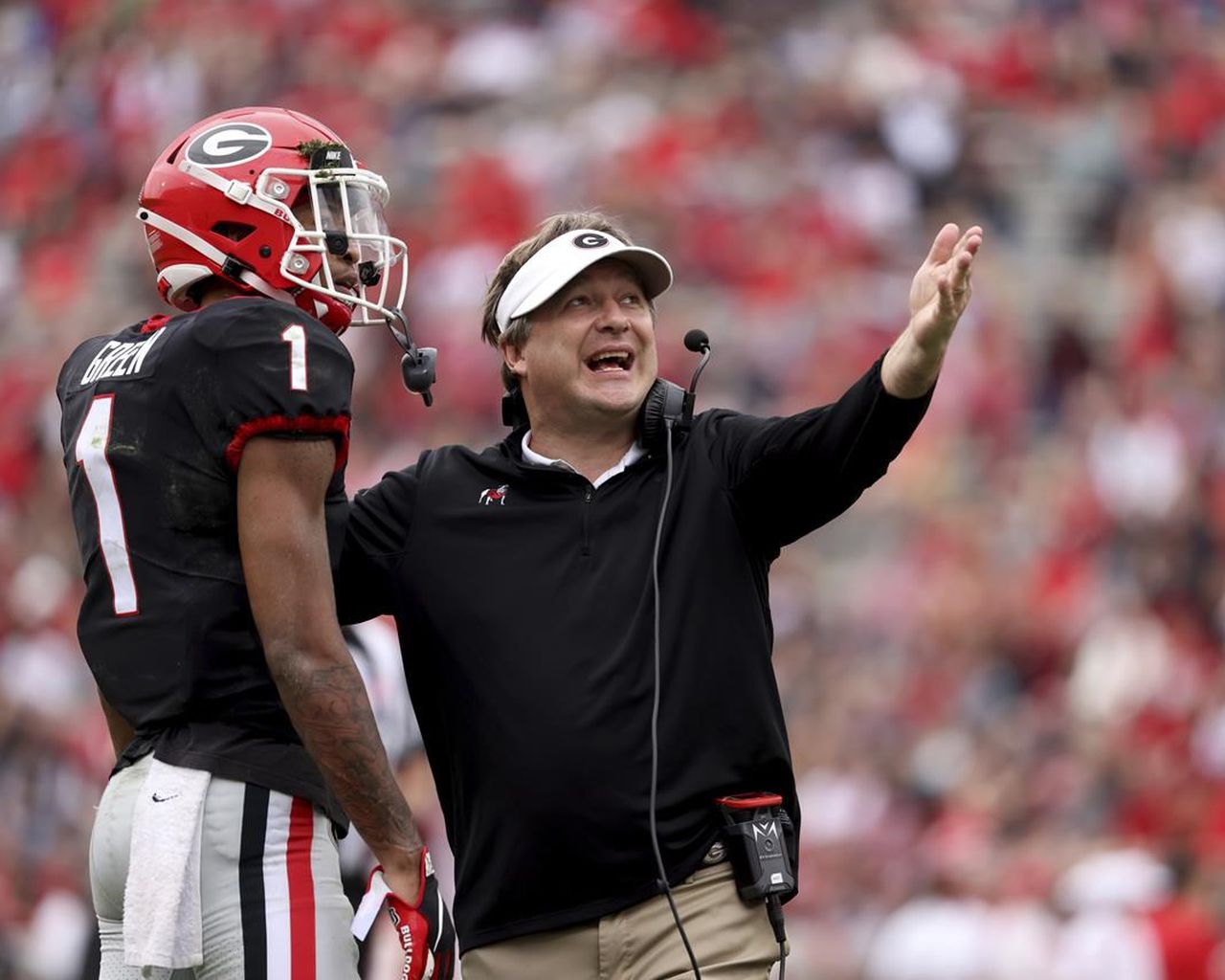 Three major matchups to kick off the college football season, a new agreement with the Australian Open and two new “30 for 30” documentaries will be announced Tuesday by ESPN during its presentation to advertisers in New York.

ABC has a season-opening doubleheader on September 3. Georgia meets Oregon in the Chick-fil-A kickoff game in Atlanta at 3:30 p.m. EDT. Aside from the Bulldogs opening their national title defenses, it’s the first game for Ducks coach Dan Lanning, Georgia’s defensive coordinator for the past two seasons.

New Notre Dame coach Marcus Freeman makes his road debut against Ohio State at 7:30 p.m. The day begins with ESPN’s College GameDay, which will be hosted from Columbus, Ohio with its first on-campus show of the season.

Many thought ABC would have to abandon the Notre Dame-Ohio State game so Fox could release Joe Buck early from his contract to join Troy Aikman on the “Monday Night Football” booth. But Burke Magnus, ESPN’s executive vice president of programming, said it wasn’t considered.

“Fox is #1 overall in the Big 10. This has historically been the State of Ohio-Michigan every year. We knew the No. 2 Notre Dame-Ohio State was coming to us, and then we didn’t want to give that up,” Magnus said. “This is just a tremendous matchup to open the season. Labor Day weekend has become such a franchise for us. There is no NFL competition and so many meaningful college football games are played.”

ABC will host the game on September 24 between Wisconsin and Ohio State, Texas versus Oklahoma in Dallas on October 8 and Florida in Florida State on November 25. The duel between the Sunshine State’s rivals will take place the day after Thanksgiving for the first time.

ESPN has extended his Australian Open contract to 2031. It extended its contract with Wimbledon to 2035 last year and has the rights to the US Open until 2025.

The nine-year deal with Tennis Australia will include an increase in hours on ESPN and ESPN2. Viewers complained about the drop in coverage of this year’s tournament on linear channels, particularly during the night hours, which are the night games in Australia. Those games were on the ESPN+ streaming service.

“Honestly, we have the availability, so we’re going to add some nighttime coverage on the linear networks. I think that will balance the linear vs. direct-to-consumer balance,” Magnus said. “There will still be hundreds of games on ESPN+, but the mix between linear and digital will tilt back more towards linear.”

ESPN+ will continue to provide exclusive coverage of all games not airing on ESPN or ESPN2, along with on-demand replays of completed games and a daily highlights show. An hour-long highlights show will also be broadcast on ABC during the middle and final weekends of the tournament.

Among other ESPN announcements on Tuesday:

ESPN Films will air two 30 for 30 documentaries sometime this year about pool great Jeanette Lee, nicknamed “The Black Widow,” and the 2000 Baltimore Ravens, who defeated the New York Giants in Super Bowl 35 .

Black Widow is a documentary produced by ESPN Films in association with Words + Pictures, directed by Ursula Liang (9-Man, Down a Dark Stairwell) and produced by Cora Atkinson (Summer of Soul).

The Ravens film is being made in association with NFL Films, and will be co-directed by Ken Rodgers and Jason Weber.

Peyton and Eli Manning will host the ESPN portion of the Disney Upfront, which also features the Monday Night Football crew of Buck, Aikman and Lisa Salters.