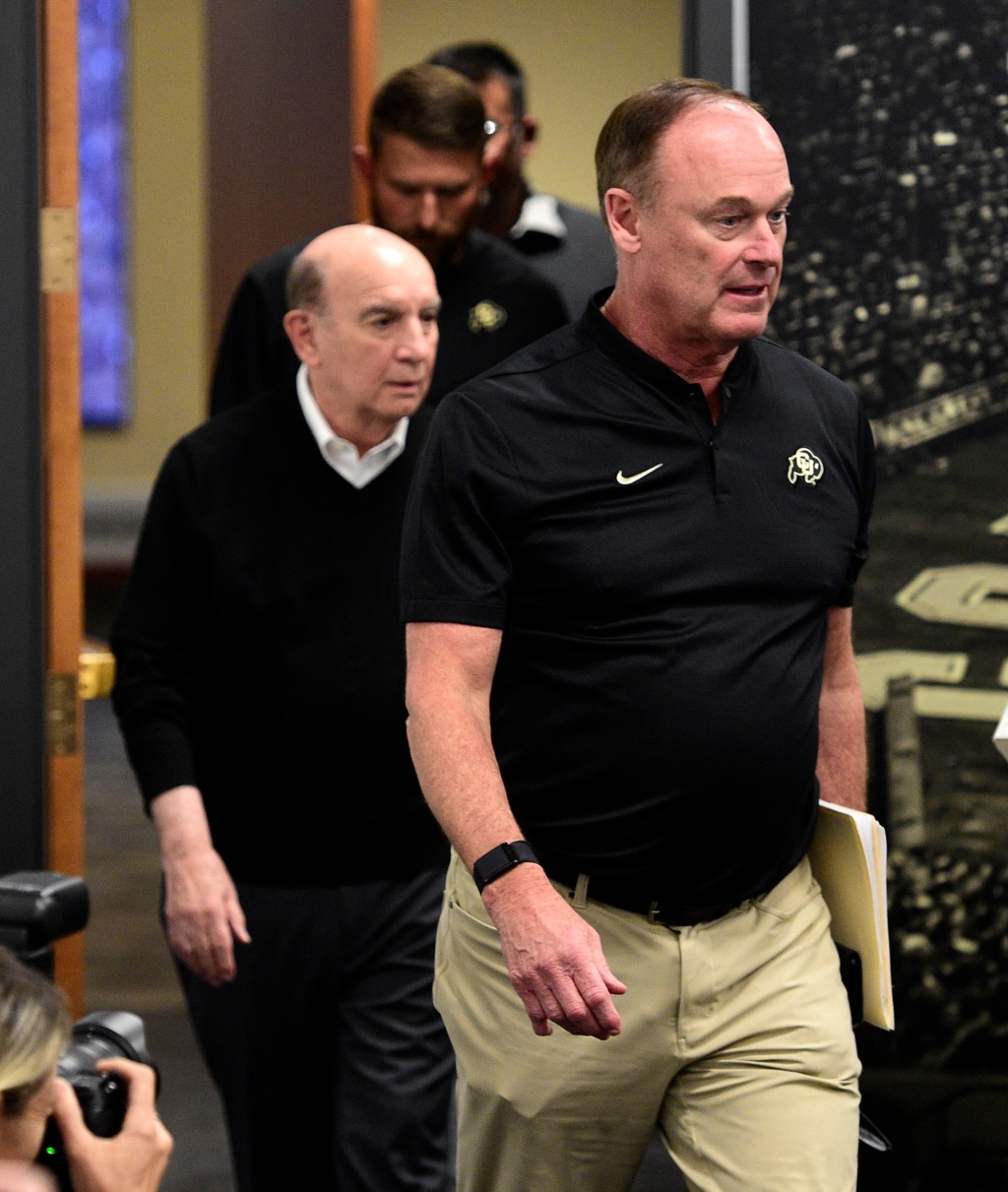 As Colorado continues its process of finding a new head football coach, progress is being made on a key issue that has been holding the Buffaloes back.

CU’s academic standards on the types of transfer credits accepted have made it difficult for coaches to recruit second- and third-year transfers from other schools and make them eligible to play. It may soon become easier for those transfers to compete for the Buffaloes.

“We have a really strong alignment from our regents, our president, our chancellor,” CU athletic director Rick George told BuffZone on Wednesday. “And our Chancellor has worked hard with his team and our team to develop what works in the transfer portal. I’m very comfortable with where we’re going. I think there will be changes, yes.”

Academically, CU does not accept certain types of credit from other institutions, which may result in transfers having to repeat courses to catch up on their progress towards a degree.

For years that wasn’t a big problem in athletics because NCAA rules required transfers to sit out a year, and that gave them the opportunity to even out those credits during the sit-out. However, about 19 months ago, the NCAA made a significant change that allowed players to switch once without missing a year.

This change has allowed many of CU’s peers to quickly rebuild and visit the transfer portal to fill in gaps in their rosters. However, CU was unable to land some transfers as their credits were not transferred to CU, which left them behind in progress towards the Degree Requirements (PTD).

George, President Todd Saliman and Chancellor Phil DiStefano are working to change that.

“It’s something we know is a priority, something we have to have,” George said. “I’m confident we’ll have that done shortly.”

George had no specifics on what changes would be made, but said: “We’re moving in a positive direction,” adding it would be “ideal” to implement those changes for the upcoming transfer cycle.

“I think we realized it could be difficult (for transfers) to come here because of some of the courses we take and we don’t take and I think just looking at it again (was motivation) ‘ said George. “It’s not just going to be for student athletes. It has to be something for all students, otherwise it wouldn’t be legal for us under NCAA statutes. Hopefully when (DiStefano and his team) complete their work it will be something that will benefit all students.”

CU is also making some advances in Name, Image and Likeness (NIL). The NCAA began allowing student-athletes to benefit from their NIL in the summer of 2021.

The transfer portal and NIL have worked hand in hand on some occasions and these areas have hurt CU over the past year.

Last month, Saliman told BuffZone, “This is a new day in collegiate athletics with the Portal and with NIL, and we must learn how to thrive in this new environment. Obviously, some institutions have figured out how to do this, and we need to figure that out too. … Of course we haven’t figured it out yet, but that doesn’t mean we won’t find out. Other institutions have found a way to thrive in this new environment, and so must we.”

With the recent launch of the Buffs4Life NIL collective, George is encouraged by CU’s advances in this area as well as the transfer issue.

“I think we will be in a much better position this year than last year and I’m looking forward to it,” he said.

As for the manager search, George didn’t give much information but said: “I think the search is going well. We still have a lot of work to do, but we also know that we have to get that done with things to come. So we are working hard on it.”

George said it’s “always been our plan” to be done before December 5, when the NCAA transfer portal window opens.

Sanders, a Pro Football Hall of Famer, is 26-5 at Jackson State, including 11-0 this year. According to Munsterteiger, CU’s offer to Sanders “would make him one of the highest-paid coaches in the Pac-12.”

Munsterteiger also reported that Illinois defensive coordinator Ryan Walters, a former CU safetyman, is among the three finalists for the job as the Buffs head coach.

On Wednesday, as he did on October 2 when former head coach Karl Dorrell was fired, George said: “Don’t believe everything you read. We’re going to take our time, we’re going to do a thorough search, and we’re going to find the very best coach we can.

“We talk every week,” George said. “We put him there for a reason. We thought he was the one. He gave those guys some energy and that’s what we needed.”