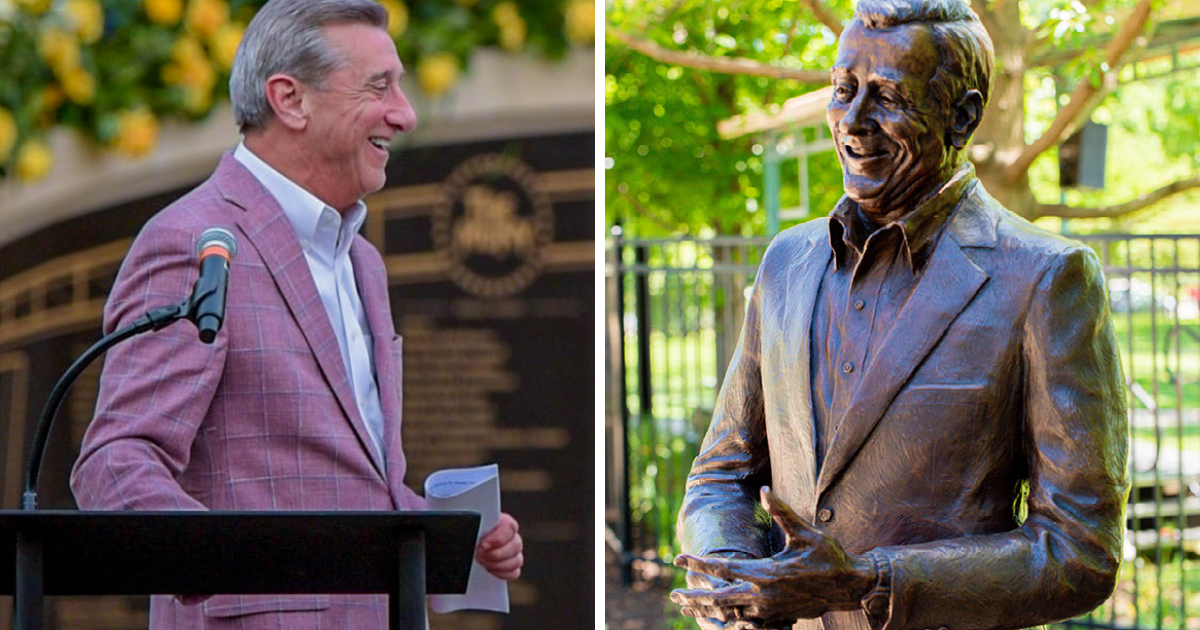 Dennis Reagan was a familiar face at Muny during his tenure as President and CEO, welcoming guests to musical productions at Forest Park’s outdoor theater. Now his presence will be felt even when there is no show on stage.

A statue honoring Reagan was erected on the Muny grounds. It was created by sculptor Harry Weber, whose statue of Dred Scott stands in the Old Courthouse downtown.

In a statement, Reagan said he was “humbled to be recognized in a way that means so much, from a place that has meant so much to me. This is without question the greatest recognition I have received in my life.”

Reagan retired from the Muny in late 2021 after nearly three decades as its leader. He had worked in the theater in some capacity for more than 50 years.

Located in the new Donor Plaza on the east side of the theater, the bronze statue is 6ft 5in tall. It took a year to design, build and install. In January, Reagan was replaced by Kwofe Coleman, Muny’s former chief executive.

The Muny has completed its Reagan-led Second Century Capital Campaign, raising more than $100 million to “secure the future of Forest Park’s historic theater.” The campaign was initiated to fund major improvements that include a full rebuild of the Muny stage, maintenance and upkeep of the 11.5-acre campus, and construction of the theater’s endowment.

The 2022 seven-show season begins June 13 with an encore production of “Chicago,” which had a curtailed run due to groundbreaking COVID cases among the cast and ended early in 2021.