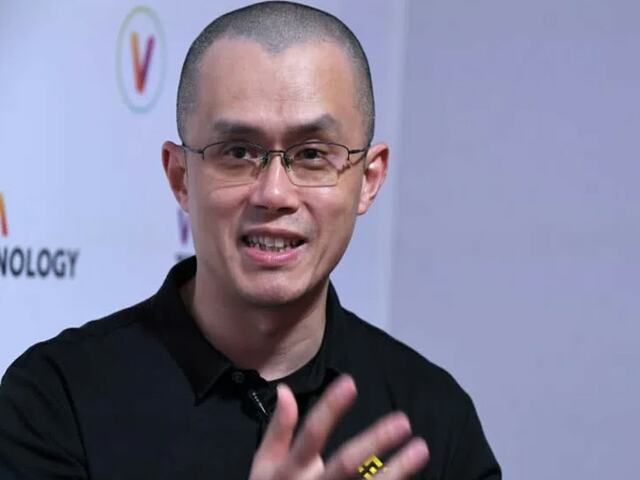 PARIS: Cryptocurrencies are here to stay, and their dramatic recent crash is just part of an economic cycle, Changpeng Zhao, one of crypto’s most influential figures, said in an interview with AFP on Thursday.

The Chinese-born Canadian entrepreneur runs Binance, the largest exchange in the market, which saw $32 trillion in transactions and 120 million customers last year.

The stalwart mogul, who spoke to AFP at the VivaTech conference in Paris, has largely steered clear of the flashy display of wealth associated with many crypto entrepreneurs.

Dressed casually in a company polo shirt, the 44-year-old, who describes himself as a “normal guy”, calmly tells how the company weathered a storm that caused others to collapse.

“I think we’ve just been really frugal with our spending,” he said.

He was quick to add that he didn’t think such spending was necessarily bad, and seemed careful not to directly criticize competitors.

Zhao had previously tweeted a similar taunt that many mistook for Coinbase, a US exchange that spent heavily on flashy ads but is now laying off hundreds of workers.

In contrast, Zhao announced this week that Binance would hire 2,000 new employees.

Binance operates in a largely unregulated corner of the economy accused of being a haven for money laundering, fraud, sanctions, and even terrorist financing.

“With big data, you can really find out who owns which address with a pretty good degree of certainty,” he said of blockchain, the digital ledger that underlies crypto.

“For this reason, most criminals do not use the blockchain for criminal activities. It’s just a very bad tool.”

When asked whether he supported further regulation, he nevertheless proceeded cautiously.

“Regulators don’t know what to regulate,” he said.

“We’ll have to wait for the industry to develop a bit and then figure out the regulations.”

He said it could take decades, noting that even now banks are still facing new regulations.

Critics see crypto as a glorified Ponzi scheme and believe the industry won’t last for decades, but enthusiasts like Zhao like to compare it to the tech industry of the early 2000s.

He said many companies hit the wall in the 2000s, but the sector came out stronger, led by titans like Google and Amazon.

But there’s a key difference – these Internet pioneers had an obvious benefit. Few can clearly state the usefulness of crypto.

Zhao lists what he sees as “killer apps” that boil down to facilitating fundraising for startups and generating income for artists.

“It gives artists and content creators access to a global audience that isn’t possible with traditional art galleries, the infrastructure just doesn’t exist,” he said.

He also reiterated the idea that cryptocurrencies would allow the unbanked to store their wealth and transfer money across borders.