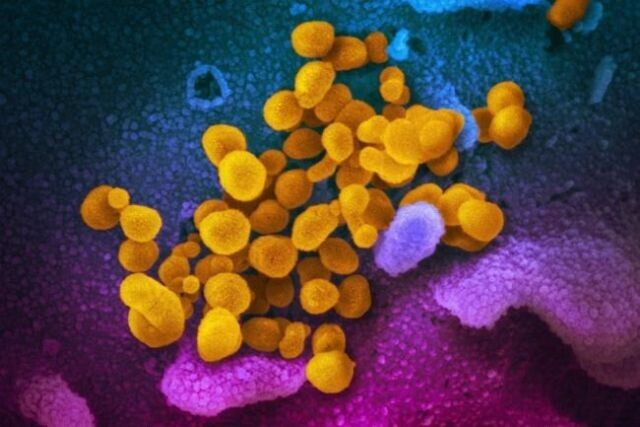 COVID-19 hospitalizations in BC are on the decline again, according to the latest weekly update from the BC Center for Disease Control (BCCDC).

Data released May 19 shows the number of people hospitalized with COVID-19 across the province has fallen to 540, down nine percent, or 56 patients, from the previous week. Of these, patients in intensive care have also fallen to 49 from 54 in the past week.

Last week’s hospital admissions marked a peak not seen since Feb. 25, when the Omicron variant brought 599 people into acute care.

The drop in cases, hospitalizations, and even effluent data suggests the Omicron second wave — one dominated by the Omicron BA.2 subvariant — is in decline, the independent BC COVID-19 Modeling Group reported.

“The BA.2 wave appears to have peaked or is about to peak in BC and across Canada,” the group wrote on May 18.

Evidence of this decline can be seen in every province across the country as the seven-day moving averages of COVID-19 decline coast-to-coast (in Canada’s three territories, the number of cases has risen slightly).

The number of new deaths from the SARS-CoV-2 virus tends to lag behind hospital admissions. In BC, they are now also following a delayed reporting period. The latest data shows that 59 people died in the week ended May 14, a slight increase from the first week of May.

All deaths are counted if the person tested positive for the virus in the past 30 days and then died – a calculation that would include car accidents.

The discrepancy will be corrected with BC’s Vital Statistics Agency at a later date, said the province’s health officer, Dr. Bonnie Henry, in April, when the province changed the way it counts COVID-19 deaths.

While reported new cases of COVID-19 have been an inaccurate measure of the progression of the pandemic since the emergence of the Omicron variant in December, BCCDC data nonetheless show a downward trend over the past few weeks.

Between the last week of April and the first week of May, weekly new cases fell by almost a third.

During the same period, health officials conducted 24,000 and 27,000 tests a week, with percentage positivity falling further in May.

The second Omicron wave (or sixth since the pandemic began) resulted in about half the cases that hit BC during the first wave of the variant in January and February.

Sally Otto, a UBC evolutionary biologist and mathematical modeler who also works with the modeling group, said she wouldn’t expect a summer without a COVID-19 wave.

Last week, Henry said BC can expect to enter a period of “relative ease” for the foreseeable future. But that won’t last, she added.

“We have to be prepared that we’re going to see a spike in the fall,” Henry said.

Otto says she’s hopeful too, but warns of a number of Omicron subvariants circulating around the globe — like BA.2.21 and BA.2.12.1 spreading to Canada and the United States, and BA. 4 and BA.5 drive tops in South Africa.

We have to be prepared, Otto said, “there’s a chance we’ll get a more transferrable, uglier version.”

With files by Glen Korstrom and Cindy E. Harnett

The Lincoln Lawyer on Netflix: Is it a true story?

Great news for Disney! dr Strange is bringing it to theaters