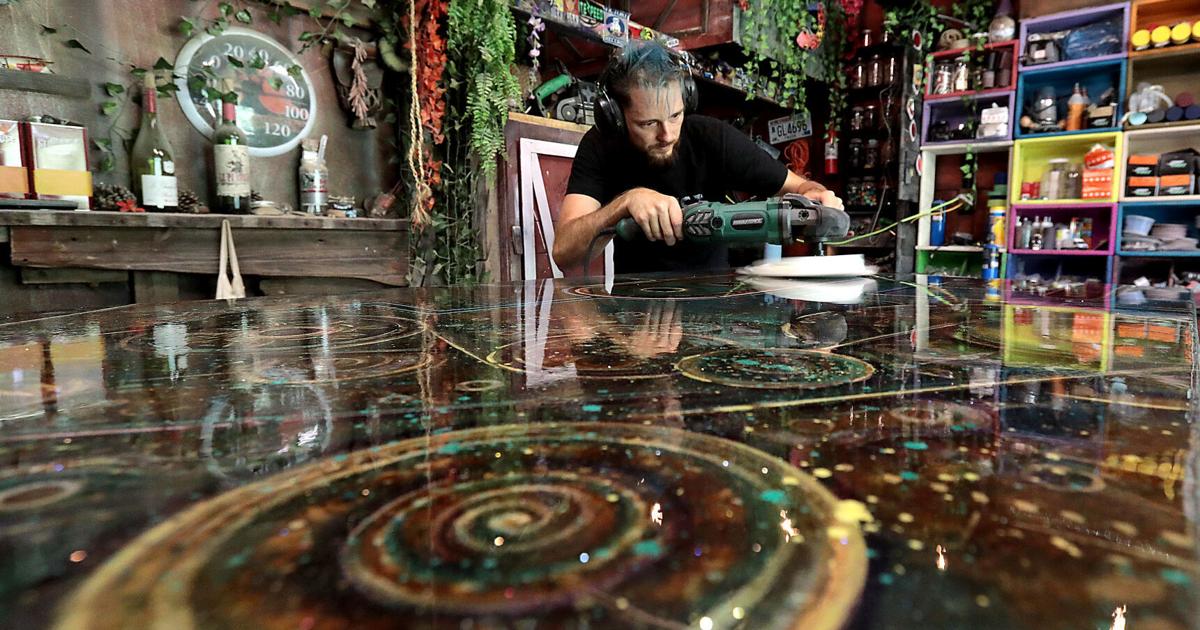 One of Nick Ringelstetter’s most dedicated supporters has collected at least six of the artist’s original paintings. Not one or two, but six.

“One day I finally said: ‘Dude, what do you do for a living?'” Ringelstetter asked the art buyer.

“He said, ‘I’m a neurosurgeon. I just love the way your brain works.’”

A phenomenon that brought Ringelstetter a coveted spot at the annual art fair on the square seven times. From July 9-10, he will be one of nearly 500 artists exhibiting at this year’s exhibition, which is expected to bring thousands upon thousands of art lovers to Capitol Square. The adjacent Art Fair Off the Square, also taking place downtown that same weekend, will feature the work of approximately 140 Wisconsin artists and craftspeople.

About a quarter of the artists at this year’s Art Fair on the Square are from Wisconsin. And 6% is from Madison. Ringelstetter, who calls his own genre of multimedia painting “Pop Psychedelic,” is one of the event’s many original, offbeat stylists.

“It’s really its own thing,” he said of his work, which combines dreamlike imagery with pop culture references and layers of color. Created using spray paints, watercolors, acrylics and even oil-based black sharpie, each of his originals is a visually hilarious adventure.

While Art Fair on the Square 2022 will also feature everything from realistic landscape paintings to functional ceramics, wearable art and jewelry, “a small part of what you’ll see at Art Fair on the Square is work by younger artists who Neo-expressionist works by artists like Jean-Michel Basquiat build on that,” said Annik Dupaty, events director at the Madison Museum of Contemporary Art, which hosts the fair.

In these works, Dupaty explained in an email, viewers will find “the hard-to-miss influence of digital technology, popular urban culture, and other contemporary visual stimuli such as anime, graphic design, and murals.

“Before the 1980s, for example, you didn’t see Jordans in artwork because they didn’t exist,” Dupaty said. “And the younger generations are less concerned with art hierarchies and less restrictive about what can be included in compositions hanging on their walls.”

As for Ringelstetter, “A lot of the people who buy my stuff are in the medical industry, and the reason they find my stuff is because it makes them think,” the artist said. “You can see how my brain works”.

“I have a very active brain I guess. It never turns off. It always pushes beyond the line. It’s always like, “Why stop here? Go on, go on.’”

Even the name of Ringelstetter’s Spring Green-based art studio, Atomic7 Studio, came to him in a dream.

“I’m a very, very active dreamer,” he said. As a boy he dreamed of making art and travelling. One night he dreamed of someone walking by in a T-shirt that said “Atomic” and “had a bunch of gold sevens by their side,” he said. “I knew if I ever started a business it would be called that.”

Ringelstetter, 36, now makes a living selling his work at art shows throughout the year and on his website, where originals sell for around $8,000.

Just off a country lane, the self-taught artist works in a converted garage, the interior of which is a work of art in its own right, with found objects on shelves and faux fabric vines draped over jute-wrapped ceiling beams. A room he set up in the studio is dedicated to materials that glow in the dark.

Ringelstetter, who is passionate about the science of color theory and color depth, loves working with UV-reflective materials and coatings “that create a natural 3-D effect… almost tricking your mind,” he said.

Case in point: an 8-foot-wide original on his studio wall based on the images of monsters created by friends, family, and children in the community during a benefit workshop he created called Painting Monsters With Nick.

“Your brain sees depth through blues and reds. So there’s a lot of blues and reds in it, and when you look at it, you see certain things start to pull away from the canvas,” he said.

“I’ve always been a big fan of ‘Where’s Waldo?’ grow up,” he said. “You’re looking for Waldo, but I always loved that the artist spent so much time making sure every other character was different from the next.”

All of Ringelstetter’s artworks are full of meticulous detail and it can take up to four weeks to paint the originals. Some of his most popular sellers are canvas prints of his originals, which he coats with a thick, transparent layer of epoxy. After carefully applying and hand smoothing the clear resin, he runs a heat gun over each one to erase any bubbles.

“People want it more sparkly, with more shine – because they can’t afford the originals, but they want a print that looks like an original. That’s why I started this process,” said Ringelstetter.

Ringelstetter’s method “is always an odd science project,” said the artist’s longtime friend Jared Breyfogle. A painter of unconventional, music and 80’s inspired work, Breyfogle will be exhibiting his own work at Art Fair Off the Square 2022.

The two men have known each other since they worked at a farmer’s market outside of Spring Green when they were in school. As teenagers, they often made “silly movies out in the woods,” Breyfogle said.

“We always had a video camera with us and always had a sketchbook with us,” recalls Ringelstetter. “We did that for about two, three years and then we went our separate ways.” But they remained friends, and years later Breyfogle began helping Ringelstetter with the preparation and travel to art shows.

Ringelstetter spends most of the year exhibiting at Midwestern fairs, but in the winter he and Breyfogle travel to Florida to do the art shows there. Last winter they gave up renting studios in Florida and spent the season creating outdoor art.

“Last winter we sat outside all day, every day, just painting from sunrise to sunset,” Breyfogle said.

In mid-June, both artists exhibited at the Spring Green Art Fair. Ringelstetter feels particularly connected to this show because that’s where he got his start.

“In 2007 I just couldn’t find any art to put on my own walls. All the art I found was boring and not what interested me.

“So I took $200 to buy canvases and some paints and I made my own. I painted five paintings and applied to the Spring Green Art Fair for fun,” he said.

To Ringelstetter’s surprise, it was accepted, “and that forced me to build an entire art stand in about four months.”

“My goal was to sell one piece, and the first day I sold 13 out of 16. That night I came home and painted until 1am, only to fill the walls of my booth the next day.”

“Without this show, I don’t even know if I would do it,” Ringelstetter said. “I am very grateful to the committee for choosing me. I made (art) just to do it. I just loved doing things, and that was one of the random things I did — and it changed my life.”

As for the Art Fair on the Square, “on the application she asks, ‘Why are you applying for this show?’ and I reply, “It’s a national event with artists from all over the world. I want to show them that the artists here also have talent,’” said Ringelstetter. 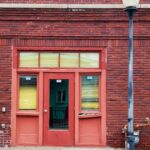 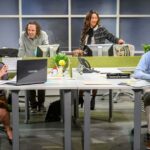 AROUND CAPE ANN: Finnish-American theater is coming to town | news 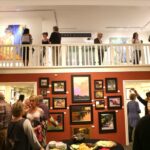 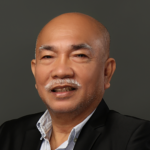 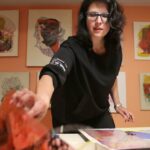