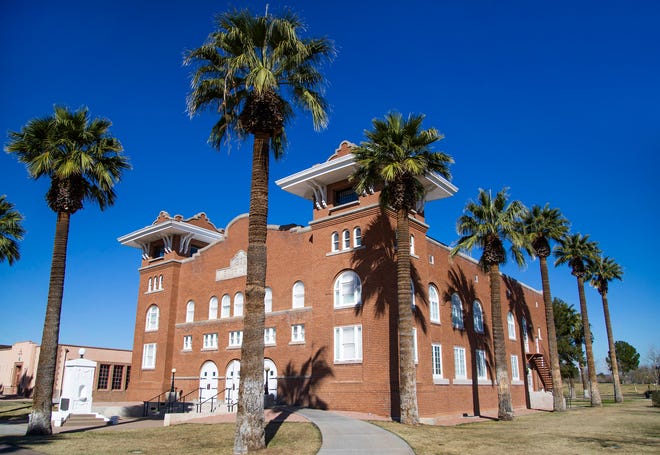 School is an exciting time for parents and students alike. As a sophomore at Grand Canyon University, I feel excited for the rest of the year ahead and ready to tackle whatever it may bring.

However, this excitement that I and so many others associate with the school is a privilege that has not been shared equally. For thousands of Indigenous children in Arizona and beyond, school wasn’t about learning and growth—it was about pain and suffering.

In the 19th and early 20th centuries, churches worked with the US government to establish hundreds of boarding schools for Native American children. During this time, local children were forced or forcibly removed from their families and communities. They were placed in institutions focused on dismantling their culture and family unit in the name of “assimilation” into white American culture.

A Home Office report this year reveals the atrocities being inflicted on students. The report was commissioned by Home Secretary Deb Haaland – the first Native American woman to serve as Cabinet Secretary – in June 2021, shortly after the discovery of 215 unmarked graves at a boarding school in Canada.

As Secretary of State Haaland wrote at the time, this tragic development in Canada “should prompt us to reflect on past federal policy on the cultural assimilation of indigenous peoples in the United States.” While the harms of the boarding school era are well known to Indigenous communities, there has never been federal documentation of these horrors.

The report aimed to examine the scope of the Indian boarding school system with particular emphasis on the sites, burial sites and possible identification of children. It was also notable because, for the first time, the federal government recognized “that the United States directly targeted Native Americans, Alaskan Natives, and Hawaiian Native children to pursue a policy of cultural assimilation.”

As the report noted, children were punished for speaking their native language, wearing traditional clothing and even doing their hair in traditional ways. Thousands of children died and were mentally, physically, and sexually abused at these government-sanctioned boarding schools.

“Kill the Indian in him and save the man” were the words of Richard Henry Pratt, a prominent educator at Native American boarding schools in the late 19th century. That was the ideology underlying these institutions.

Arizona had a large number of boarding schools

According to the Interior Report, Arizona has the second largest number of boarding schools in the state, with 47 schools statewide. You can see evidence of that horrific heritage today – Indian School Road was so named because it led to a Native American boarding school right in the center of Phoenix.

Arizonans should care about this dark chapter of our history—and so should the US government, which has a treaty obligation to protect tribal sovereignty and strengthen tribal self-determination. Nothing can undo the generational trauma, but the government must address this wrongdoing and begin a process of healing.

This is where the Truth and Healing Commission on Indian Boarding School Policies in the US Act (House Resolution 5444 and Senate Bill 2907) comes into play. The legislation would be the first formal commission in US history to examine the boarding school era. It would plan a five-year investigation and solicit testimonies from survivors and their descendants.

Crucially, it also produces recommendations for future reconciliation, guided by a Truth and Healing Advisory Committee made up of representatives from tribal organizations and tribal nations, experts and survivors. To date, there is no official record of how many children went missing or died at these schools, no research into the long-term impact on children and families, and no clear reporting of how many children actually attended the boarding schools.

Sinema, others should support the full investigation

November is Native Heritage Month. On this occasion, I urge Arizona lawmakers to put themselves in the shoes of parents whose children have been snatched from their homes. I call on Senator Kyrsten Sinema and Representatives Paul Gosar, Andy Biggs, David Schweikert and Debbie Lesko to co-sponsor the bill and help increase its support.

In doing so, they would follow in the footsteps of Sen. Mark Kelly and Reps. Raul Grijalva, Ruben Gallego, Greg Stanton, Ann Kirkpatrick and Tom O’Halleran, who have previously co-sponsored this bill. This support is critical to ensuring the law passes and I urge you to express your public support and call on your peers to support this law.

Our legislators owe this to our 22 state-recognized tribes in Arizona and the hundreds of tribes across the country. It is long overdue for Congress to bring some truth to this era of systemic violence and cultural destruction and begin to chart a new path to healing and transparency.

Karime Rodriguez attends Grand Canyon University and is an organizer and advocate for the Friends Committee on National Legislation, which advocates for laws that promote peace, justice, and the environment. Reach them at [email protected].