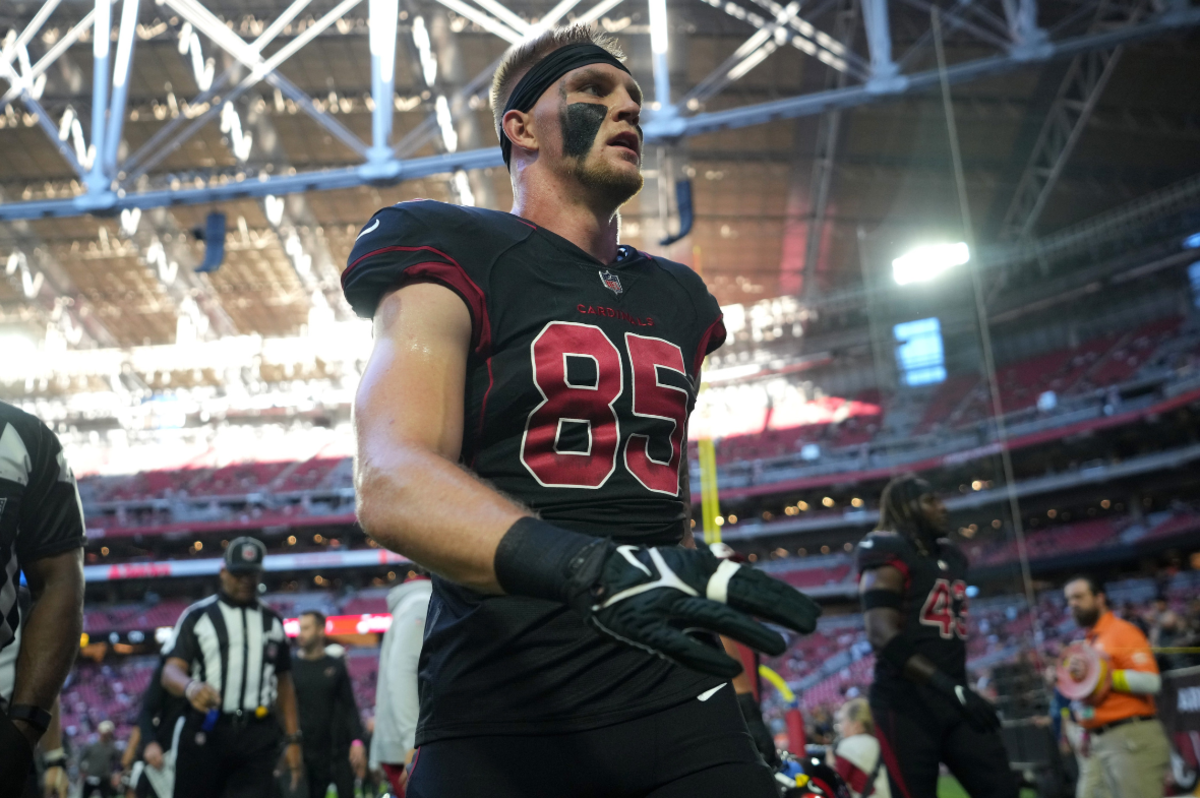 When it comes to TE Trey McBride of the Arizona Cardinals, there’s a good opportunity.

McBride replaces Zach Ertz, who paced Arizona in receptions (47), goals (69) and touchdowns (4) prior to his season-ending knee injury.

Now the Cardinals are looking to their second-round pick to perhaps fill the gap a little sooner than expected. McBride – known for his jack-of-all-trades skills – will now master the rest of the way.

McBride played 76% of offensive snaps in Monday night’s loss to San Francisco, hitting all four of his targets for 14 yards.

Bleacher Report’s Maurice Moton explained how McBride is holding up against the Los Angeles Chargers this week:

“In a 10:38 loss to the San Francisco 49ers on Monday, McBride hauled in all four of his goals for 14 yards while providing 76 percent of offensive snaps on the field. While managers wanted to see a much higher yardage count, the first-year tight end clearly has a role to play in the Cardinals’ airstrike.

Additionally, Rondale Moore suffered a groin injury early in the team’s previous game with the 49ers and did not return to the contest. Greg Dortch has a thumb injury. If one or both wideouts miss in the upcoming game or play limited snaps, McBride could become a standout pass-catching option behind wide receiver DeAndre Hopkins in the Cardinals’ airstrike.

“Quarterback Kyle Murray is anticipating a return from a hamstring injury, meaning McBride gets a high-profile matchup against the Los Angeles Chargers, who allow the fifth-most fantasy points at tight ends.”

TOP STORIES OF THE ARIZONA CARDINALS

Five takeaways from the third episode of Hard Knocks

Rondale Moore is ruled out by Kliff Kingsbury vs. Chargers