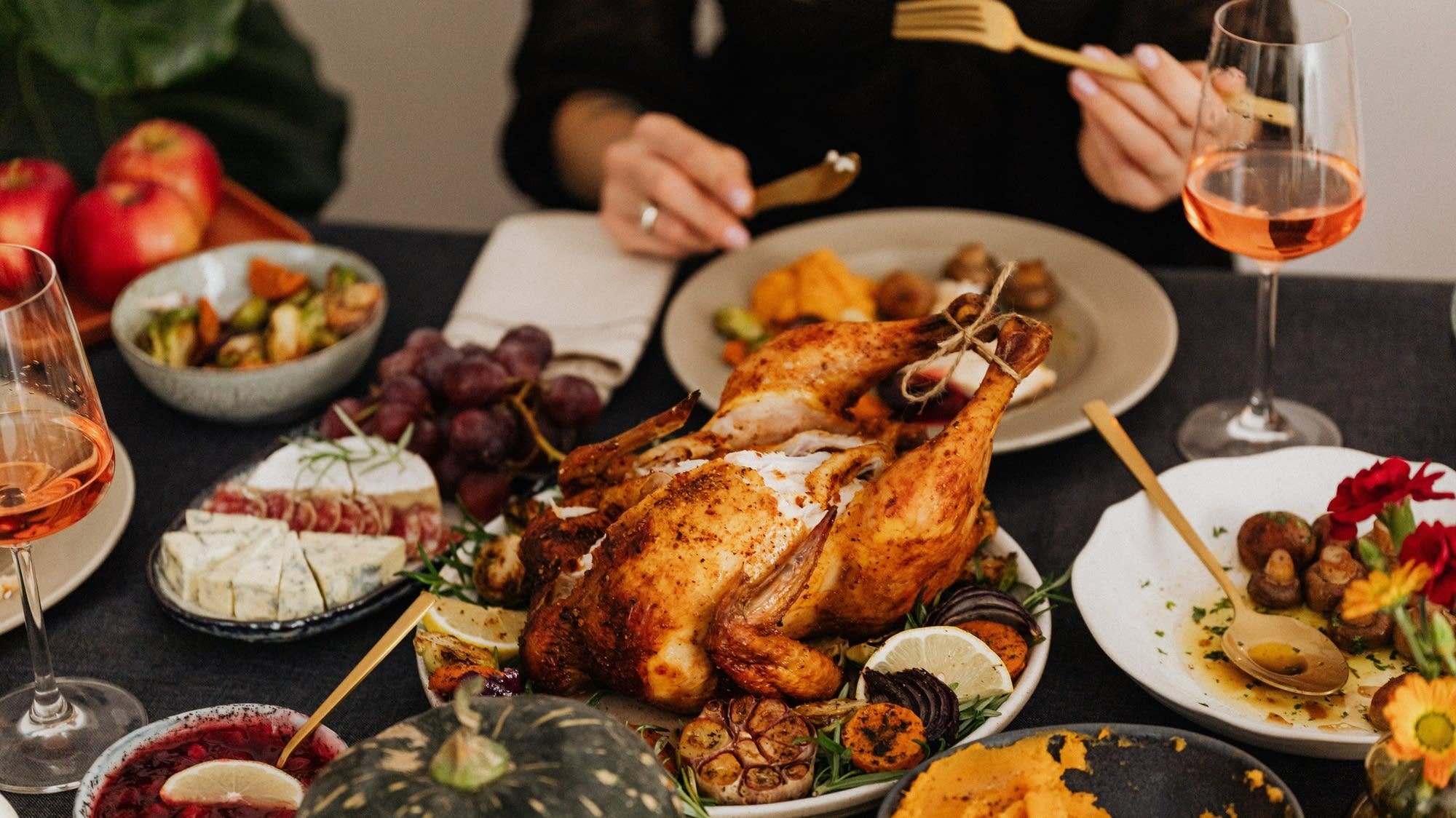 Whether in the White House, At the Minnesota State Capitol or on your dinner table, turkeys are always in the spotlight this time of year. But of course Thanksgiving has much more to offer than the big bird. So this week at Appetites, we asked a handful of Minnesota chefs for ideas for side dishes that’ll be in the spotlight.

To hear them all, including Amalia Moreno-Damgaards Chayote en dulce, or candied pumpkin, click play at the top of the audio player.

Before you read on, take a moment to donate to MPR News. Your financial support ensures that factual and trustworthy news and context remain accessible to all.

In a large bowl, soak bean noodles in hot water for 8 minutes. Drain well and cut the pasta in half.

Mix the noodles with all the remaining ingredients. Stuff the turkey with the mixture, then roast as directed.

½ cup toasted pecans (or any other nut)

Roasting the Brussels sprouts and pickling the blueberries can be done a day in advance. To roast the Brussels sprouts, remove the core and then cut in half lengthways. Place in a mixing bowl and stir in 2 tbsp olive oil and season with salt and pepper. Place them on a sheet pan in a single layer. Roast at 380 degrees until cooked through and lightly browned. Check about 20 minutes.

In a skillet, heat olive oil (or fat of your choice) over medium-high heat. Add shallots and cook until soft. Add the roasted Brussels sprouts and finely chopped garlic and cook for a further 4 minutes. Add parsley leaves and 1/2 cup of drained pickled berries. Cook until the berries are soft. Add salt and pepper if needed, garnish with toasted pecans and parsley, then serve.

(Tip: The key to roasting Brussels sprouts is not to overcrowd the pan. If you’re a purist like me, I cut them in half and place them face down in a pan before roasting them in the oven .)

This recipe gives you more than what is required for the recipe. The remaining berries go well in salads. It keeps for two weeks in the fridge.

In a small saucepan, add vinegar, sugar, bay leaves, cinnamon stick, and kosher salt. Bring to a boil and set aside for 15 minutes.

Peel the potatoes and rinse well under running water. Cut them into quarters, place them in a medium sized pan and cover with cold water. Bring to a boil over medium heat. Reduce the heat, cover the pan and gently cook the potatoes, until they fall apart easily when pierced with a fork, 20 to 25 minutes.

While the potatoes are cooking, pour the cream into a small saucepan and add the cream cheese, butter, salt, and peppercorns. Simmer over medium heat, uncovered, 5 to 8 minutes, stirring occasionally, until cream is bubbling, cheese is soft and smooth, and butter is melted. Keep the cream warm over very low heat until the potatoes are cooked.

Drain the potatoes in a colander and shake gently to remove excess water. Put the potatoes back in the pan. Dry them over low heat until the surface appears dry, stirring occasionally to keep them from sticking to the bottom of the pan.

Working in batches if necessary, place the potatoes in a rice machine and press into a serving bowl. (If you don’t have a potato ricer, use a potato masher and fluff them up very thoroughly with a fork when they’re completely mashed.) Pour the peppercorn cream over the potatoes and sprinkle with the chives. Fold in with a spatula just until the liquid is incorporated. Don’t overmix it.