This week, some of Hollywood’s most powerful executives, actors and creatives will descend on Manhattan to present advertisers with their annual programming pitch: a boozy extravaganza with $20 billion at stake.

The Upfronts are a remnant of an entertainment world once dominated by analog TV, lavish commercials, and new seasons of hit shows released every fall. The rise of Netflix, which was adamantly opposed to advertising, broke that model.

But Netflix’s abrupt change of heart on advertising a few weeks ago could reverse that.

In recent years, excitement around Upfronts week has waned as television companies have targeted streaming services – and star-studded parties have been replaced by virtual presentations due to the pandemic. While television advertising still generates more than $60 billion a year and eclipses trending media like podcasts, it was a format that seemed doomed to long-term decay alongside cable television.

But advertising is back in fashion. In recent months, as Netflix stumbled, inflation soared, and the stock market plummeted, the streamer, along with the business’s other giant, Disney, announced that they would launch cheaper, ad-supported versions of their services . 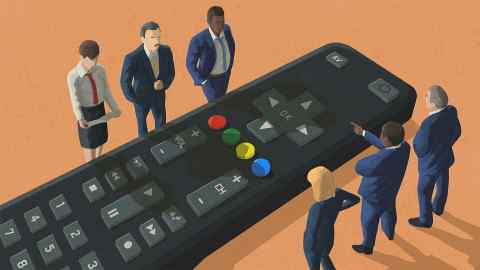 “It’s scary when the only way to revive growth is to offer cheaper products that degrade the consumer experience and essentially make it more like the dying linear television experience,” said Rich Greenfield, an analyst at Lightshed Partners.

Accepting ads is a move Netflix co-founder Reed Hastings resisted for years. As recently as March 8, the company’s chief financial officer told a conference that Netflix “would never say never, but it’s not in our plan,” adding that “it doesn’t make sense to us right now.”

Hastings reversed that just six weeks later after announcing that Netflix would lose 2 million subscribers in the current quarter. Company officials have publicly given little information as to when or how an ad-supported version of the service will be launched.

Despite the lack of details from Netflix, advertisers attending this week’s Upfronts are excited at the possibility of finally being able to reach the binge-watching audience. After traditional TV audiences have plummeted over the past decade due to cord cutting, a successful ad-supported streaming service like Netflix or Disney Plus could give advertisers a boost.

Advertisers are seeing “a large untapped audience” of Netflix viewers who are currently closed to them, says Brian Wieser, president of business intelligence at GroupM, WPP’s own agency.

“Advertisers are very interested in finding a new source of inventory and, more importantly, the ability to reach it [streaming] Audience that was otherwise difficult to reach,” said Wieser.

Netflix and Disney have the same goal: to attract more subscribers who offer a cheaper service. The trick is to make sure the ad-supported service doesn’t lure too many full-price customers while still reaching enough people to attract quality advertisers. “Those are the trade-offs you have to consider,” warns Wieser.

Disney Chief Executive Bob Chapek said last week that ad-supported service Disney Plus, which has around 137 million subscribers, will help reach a wider audience when it launches later this year. It could also be critical to its goal of reaching 230 million to 260 million subscribers by 2024, a metric investors are watching closely.

“We think it’s good for the consumer because it will give us another entry price point,” he said. Disney has an edge over Netflix because it also controls streaming service Hulu, which has an ad-supported tier, and has experience selling ads through its traditional TV services like ABC.

“There is nothing that we need to acquire or, frankly, even develop anything new in any meaningful way. It’s something that’s well lubricated,” Chapek said.

Other streaming services in the US and around the world already offer ad-supported streaming, including Warner’s HBO Max, NBCUniversal’s Peacock, and Paramount Plus.

What’s less certain is how Netflix intends to go about selling advertising. It could use an outside company or build an in-house sales team, which would likely require significant hiring. It might also decide to acquire an advertising company. However, it’s still unclear how committed Netflix is ​​to the business. Hastings told investors he could outsource the work to “other people”. [who would] do all the fancy ad matching”.

Netflix isn’t participating in the Upfronts this year as it only decided to advertise weeks ago. But Disney, NBCUniversal, Warner Bros Discovery and others will muster their stars to woo marketing budget executives and tie up billions of dollars in spending commitments. Advertisers have pre-committed about $20 billion for the 2021-22 television season, up 8 percent from the previous year, which was constrained by the pandemic.

Jason Kilar, the former Warner chief executive who introduced HBO Max’s ad-supported product, recently told Puck News: “[We] could not start [advertising] soon enough because we realize that these things are about people’s household economics and we want to make this service as affordable as possible for as many people on the planet.”