Using Sweatcoin is extremely easy. You download the app, log in and give it permission to track your movement. Then, based on your movement data throughout the day, you will be rewarded with a corresponding amount of SWEAT, the Sweatcoin app’s native cryptocurrency.

The pandemic has irreversibly changed our world, sometimes forever and sometimes not so much. For all the conveniences of working from home, we also miss the movement, exercise, and fresh air that a commute to work gives us.

For most, that might be a problem, but for Anton Derlyatka and Oleg Fomenko — the founders of Sweatcoin — it was an opportunity. Wanting to encourage people to get moving again, they have developed an app that rewards users with cryptocurrency for every step they take.

Let’s find out everything about the app and if it’s as good as it sounds.

How does it work?

Using Sweatcoin is extremely easy. You download the app, log in and give it permission to track your movement. Then, based on your movement data throughout the day, you will be rewarded with a corresponding amount of SWEAT, the Sweatcoin app’s native cryptocurrency. Users can also use their SWEAT to get even more returns.

Users can also participate in challenges to increase their earnings. For example, there is a Sweatcoin race in October 2022 that requires users to complete 2,50,000 steps to earn 25 extra SWEAT. Additionally, two lucky winners will receive a $250 Airbnb gift card.

The Sweatcoin app isn’t the only one in the move-to-earn space. Apps like StepN and StepWatch have been around for a while. However, very few of these apps have managed to gain the popularity of Sweatcoin. Its success is thanks to a smooth and slick app and a system that works intuitively.

The learning curve is almost negligible as people know what to do by looking at the dashboard – just walk. Every 1,000 steps grants you a Sweatcoin, which stays the same until the end of next year. After that, it will amount to a third of a Sweatcoin in 2024, which could be further reduced in the following year. The token is also listed on a few exchanges and could soon make its way to the more well-known ones.

The app also has a premium subscription that offers users unlimited double earnings. Of course, this costs Rs 2,199 to be more precise.

The longevity of the company depends heavily on the sweat economy. The company has vowed not to sell user data unless the user allows it, and the user gets paid for it too. Additionally, the company’s current operations depend on the Sweatcoin commission that users pay for in-app purchases (5 percent of the coins go to the company).

The company is also trying to integrate a marketplace with collaborations with giants like Reebok and Sonos. If everything goes according to plan, you’ll soon be able to buy gym clothes and everything else for Sweat Coins. The app also integrates seamlessly with GoogleFit and other smart apparel, increasing its appeal to audiences with smart accessories and motivation to exercise.

The app is quite successful

In the short time the app has been around, it has garnered more than 100 million users, making it one of the most active blockchain networks in the world. With such a strong and ever-growing user base, it comes as no surprise that the app has issued over 26 billion tokens to date.

However, the team has much bigger goals in mind, with a goal of 1 billion users in the coming years. The app also launched a staking mechanism for SWEAT, staking more than $45 million worth of tokens on day one, a remarkable feat.

The future of the movement

The company seems to be doing everything right so far. The downloads, reviews, and users are proof of that – but going forward, the crypto ecosystem they build must be able to handle the traffic that will come their way. They also want gas fees for transactions with their native token to be a source of revenue – a possibility if the token survives the rigors of the cryptoverse.

In the future, Sweatcoin also plans to release NFTs, like its counterparts StepN and StepWatch. These NFTs offer users better rewards, such as B. a staking multiplier, higher daily minting limits, etc.

The app also plans to create a DAO, launch referral bonuses, and build a crypto-to-crypto exchange and NFT marketplace. Tiered transaction fees could also be introduced in the future, with lower transaction fees for those who frequently trade higher amounts.

What remains an added appeal of the app is that no one actually loses anything other than their lost calories. With SWEAT trading at $0.03972 at the time of writing, it’s fair to say that the current user base is not using the app to make money. Rather, it is the gamification of the movement that drives app downloads. People do it for the numbers, and if the results and numbers can one day buy them their new running shoes or sports watch, even better! 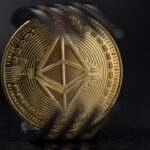 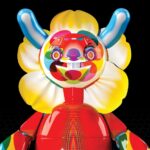 Crypto Skeptic Takes on Web3: No Real Use for Cryptocurrencies 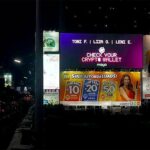 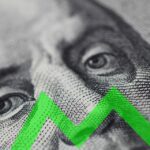 The US dollar’s rally is likely to continue. And it’s bad for crypto 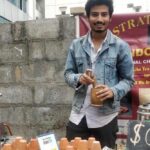 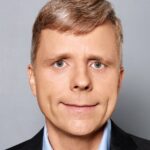 Preparing crypto for the quantum apocalypse