The date was January 24, 1961, and it was unusually warm for the time of year, not too unusual for a North Carolina winter day.

But what happened that night was an event for the record books.

A Boeing B-52 Stratofortress was in the middle of a routine flight along the Carolina coast. Military planes flying over North Carolina are a common sight given the multiple military bases located throughout the state.

On board was a crew of eight and two powerful hydrogen bombs. Which one; If you can believe, this was a common practice during that time.

Boeing B-52 Stratofortress (US Air Force)

In mid-flight, the B-52 aircraft suffered from a fuel leak. The pilot in command attempted to burn fuel before attempting to land at Seymour Johnson Air Force Base in Goldsboro. They did this to reduce the risk of the plane exploding if the landing went wrong.

However, the aircraft’s condition continued to deteriorate, including a right wing failure. The bomber lost altitude and began to break up.

The pilot ordered the crew to eject; Five crew members were successfully ejected/rescued from the bomber and landed safely. Another crashed but did not survive the landing, and two died in the crash. The bomber eventually broke up and crashed to the ground.

As the fuselage headed for the ground, centrifugal forces pulled on the aircraft’s systems and the arming stages of the bombs on board were activated. The two hydrogen bombs broke off the plane and fell in a field near Goldsboro. 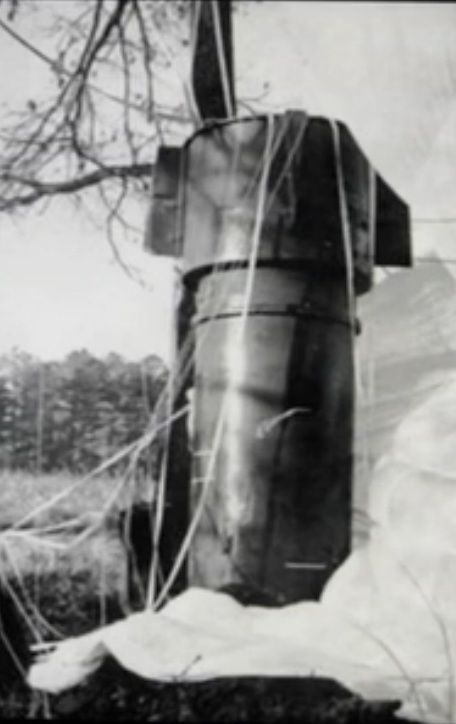 The crews easily found the first of the two Mk 39 thermonuclear bombs. It was standing upright, its parachute tangled in the trees. (US Air Force)

The first bomb fell with its parachute open and was intact and standing upright as the parachute got caught in a tree. They reported that the bomb’s arm/safe switch was still in the safe position. However, it completed the rest of the activation sequence.

A single switch out of four prevented the bomb from detonating. 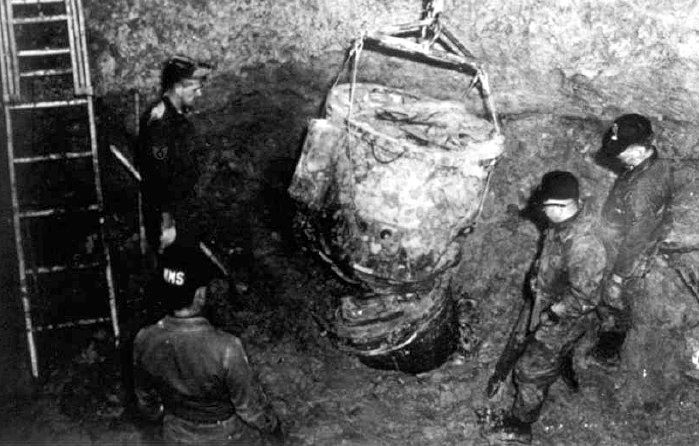 The second bomb left the plane partially armed and fell to the ground at hundreds of kilometers per hour. It landed in a muddy field and disintegrated without detonating its conventional explosive.

A high-voltage switch had prevented it from fully activating. They believe the switch is the reason the 24-megaton bomb didn’t explode.

Crews called off excavation of the second bomb due to groundwater flooding.

They could contain the “pit” or core of the bomb needed to set off a nuclear explosion. However, they could not recover the secondary core, which contains most of the thermonuclear state with uranium and plutonium. It was lost hundreds of feet underground in the muddy field. 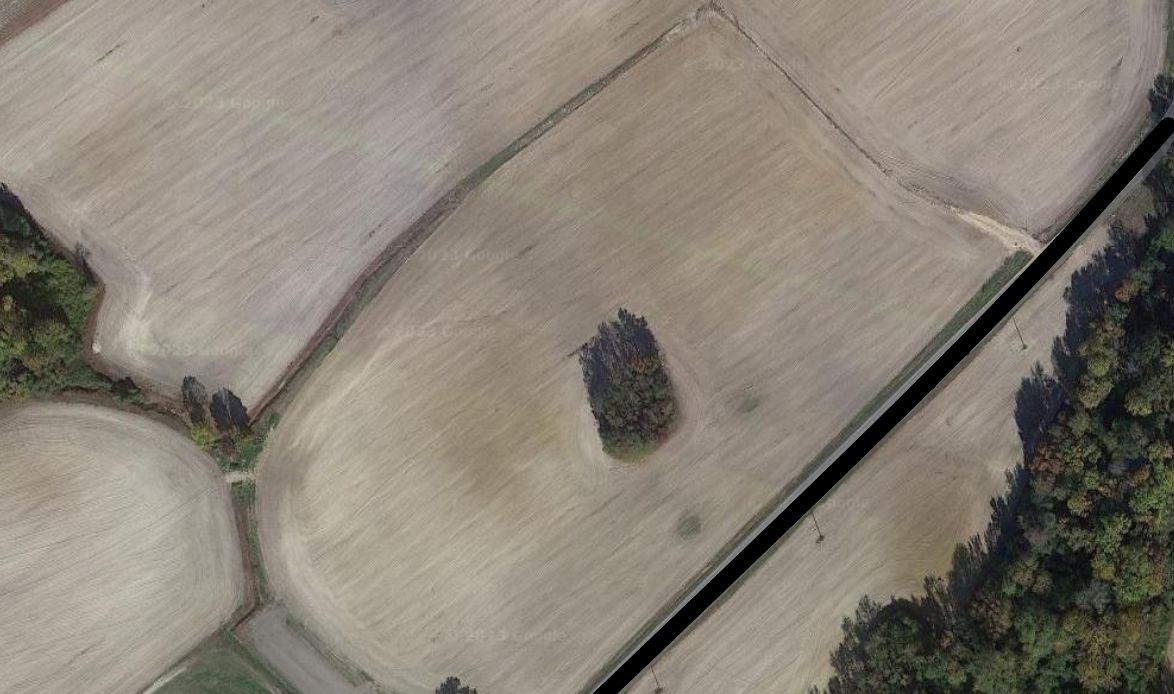 The excavation site of the second bomb can still be seen today as a circle of trees in the middle of a field that is still used for agriculture. (Google Earth)

Today you will see a nondescript patch of trees and discolored earth in the field, reminiscent of that tragic night. There is also a historic sign in nearby Eureka that serves as another reminder of how close North Carolina came to a nuclear disaster 62 years ago.

Our team of meteorologists dive deep into the science of weather, breaking down current weather data and information. For more weather and climate stories, visit our Weather Blogs section.

This trail is one of the easiest scenic hikes in Colorado