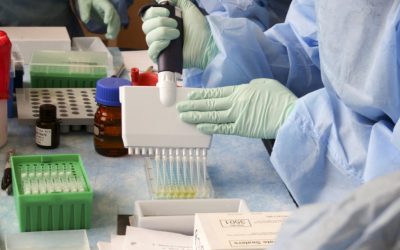 
For the second day in a row there has been one death related to COVID-19 in the London area.

A man in his 70s who was linked to a care home has succumbed to the virus, the Middlesex London Health Unit has confirmed. This is the third COVID-19 death in London and Middlesex County this week. The deaths of a man in his 80s and a woman in his 60s, both infected, were officially counted on Thursday. The local death toll now stands at 386.

Another 26 new COVID-19 cases were confirmed by the health unit on Friday, up from 36 the previous day. The health unit also notes that the number of cases in a day is likely an underestimate of the true number of people with the virus in the area due to limited eligibility for testing. The total number of confirmed infections in the region since the pandemic began is now 37,790.

The LHSC has five or fewer patients with COVID in the ICU, a number that has been steady for two and a half weeks. Children’s Hospital currently has zero COVID-19 positive inpatients.

The number of infected hospital workers continued to decline on Friday. According to the LHSC, 123 employees have currently tested positive, five fewer than the day before. At this time last week there were 149 infected workers.

Elgin and Oxford counties reported 37 new COVID-19 cases on Friday. Southwestern Public Health, the health unit for the area, said the local total for cases rises to 13,812, with 13,445 resolved. There were no other COVID-19 deaths on site, bringing the death toll to 167. There are currently 200 active cases known in the two counties.

Ontario on Friday saw a drop in both COVID-19 hospitalizations and ICU admissions.

There are currently 1,165 people with the virus in hospitals in Ontario, down 42 as of Thursday. At this point last week, 1,453 hospitalizations were reported across the province.

There are 163 patients with COVID-19 in intensive care units, a decrease of five from Thursday.

Ontario recorded 1,412 new cases of COVID-19 in the past 24 hours. Public health officials have warned that the daily counts underestimate the spread of the virus in the province due to limited suitability for PCR testing.

Ontario’s total number of cases since the pandemic began now stands at 1,293,226.

Public health officials confirmed 24 more deaths in the past 24 hours, bringing the death toll to 13,146. The province said 16 of the deaths occurred within the last month, while eight others were added to the count after data cleansing.

To date, the province has administered 33,201,525 doses of the COVID-19 vaccine, with 91.3 percent of those aged 12 and older having received two shots. More than 7.3 million Ontarians have received a booster shot.