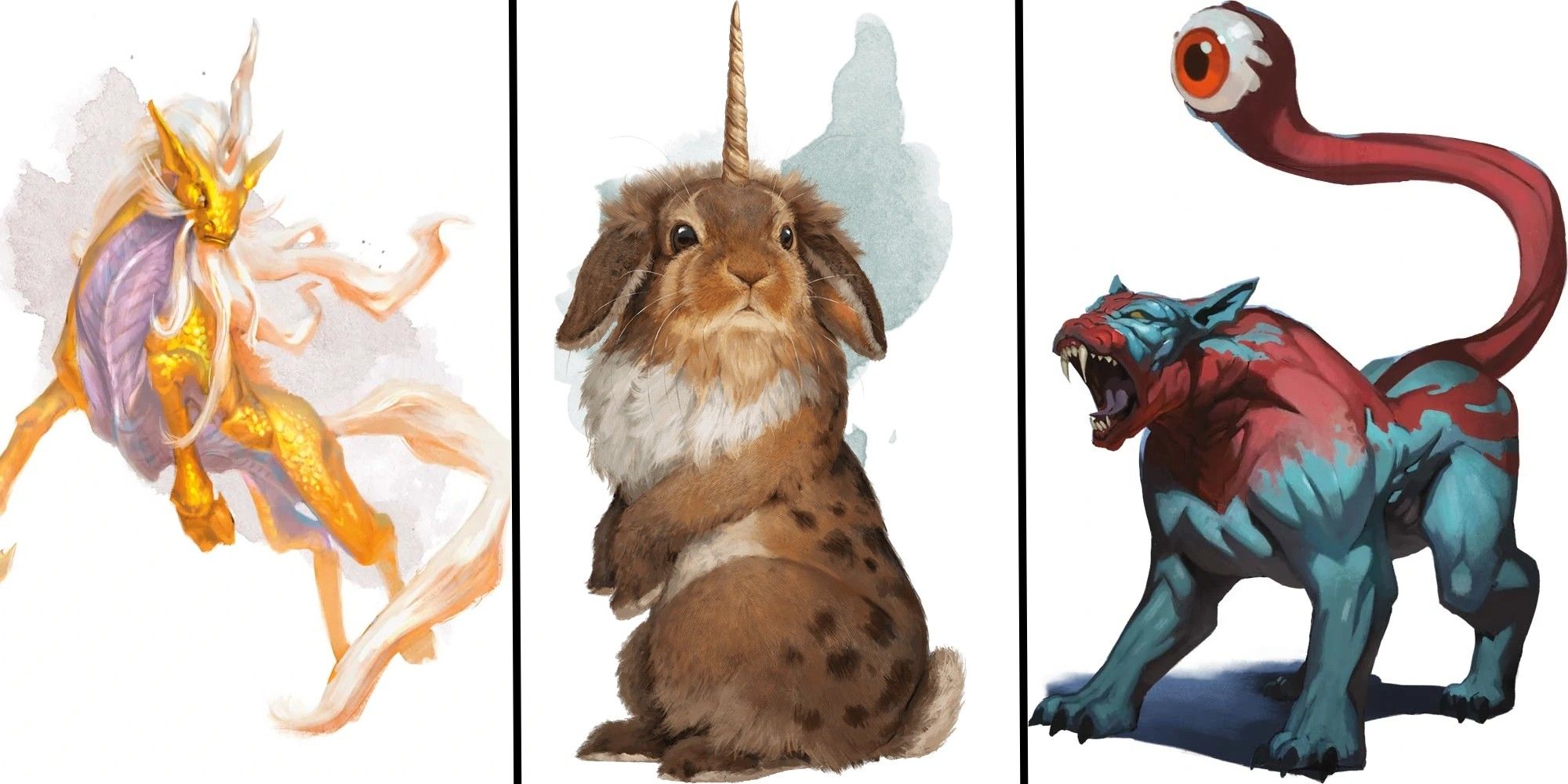 Designing monsters for each media property is quite a challenge. You need creative ideas, consistent tone, and visually exciting creatures to capture players’ attention. Pokemon has been doing this very successfully for years. Despite the occasional out-of-the-box design, their monsters are all consistent within the world and have a specific style. Dungeons & Dragons is a bit different in that regard.

Related: Underrated D&D Monsters to Include in Your Next Campaign

The monster designs, which have been around for much longer, are more classic in D&D, ranging from goblins to powerful dragons. Some Dungeons & Dragons monsters with more tame traits feel like they could easily become Pokémon if drawn anime-style.

Mephites are small, imp-like creatures native to elemental planes. So in a way they already feel like Pokemon in that they are bound to different elements and use those elements to attack.

They look a bit too evil for Pokemon, but looks aside, they’re great inspiration for a Pokemon. Elemental diversity could be implemented by changing their forms like Oricorio, or evolving into different types like fan-favorite Eevee. They would also match the Fairy type if they were dual-typed.

While Pokemon has always loved designing some oddballs that are more humanoid or inanimate objects, their bread and butter are indeed bestial creatures that resemble animals to a degree. Therefore, the Displacer Beast would be a great Pokemon.

If you look past the tails with sharp teeth, this smooth-looking panther already feels like a Pokemon. However, the creature is capable of some illusions and tricks, making it a prime candidate for a ghost or dark type. A pre-development is even available with the Displacer Beast Kitten.

The fractal mascot doesn’t necessarily scream Pokemon at first glance, since it’s a construct and doesn’t look too organic. However, it has what it takes to be a great Pokemon that could get different types.

See also: monster taming games with the most monsters

With its snake-like stature, it initially exudes the mood of a dragon type. However, the fractal mascot could easily be styled to match the Rock, Steel, or Ice types. With geometric looking shapes, this could be an excellent alternative to other snakes like Zygarde-50 Percent, Seviper, and others.

There are already plenty of great Frog-types out there, including Politoed, Toxicroak, and the fan-favorite Greninja. There are also several Pokemon that use traditional fighting styles ranging from boxing to archery. Well, Grung is a perfect mix of these styles as he is a venomous frog humanoid that uses tools to fight.

The monster designs itself with this, an appearance similar to Croagunk with another secondary type. It might even reflect the different classes with unique shapes or evolutions, such as a Steel/Venom Warrior or a Psychic/Venom Mage. This guy captures the cute yet deadly atmosphere of Pokemon so well.

The Aeorian Absorber is another four-legged beast, which immediately makes it a great Pokemon-ify option. It already has an awesome color scheme, which visually makes it feel more like a Pokemon than a deadly beast. This monster is a prime example of fantastic design.

But it’s not just cool because of its looks. The ability to deal psychic damage and shoot rays from its tail makes its theoretical Pokémon typing obvious. This would be a great Pokemon and would even break the mold as many dog- and cat-looking beast-like Pokemon are physical attackers. The Aeorian Absorber would likely be a particular attacker.

The Flail Snail is an interesting D&D monster. If you read the explanation in the source book, it reads more like a Pokedex entry than D&D lore. It’s a creature that’s resistant to magic attacks and deals out reactionary bursts of damage. Just like the moves Counter and Mirror Coat.

Oh, it also uses its tentacles as flails and whips them around. This monster could easily be ported into Pokemon with a little overhaul of the design and become an instant household name. Considering how few Snail-type Pokémon exist and that most are weak, this guy would gain a following immediately.

The Ki-rin is a fantastic design in terms of looks. It’s a majestic metallic unicorn with a shiny blade like a horn and gorgeous flowing hair. Weirdly, these are all trademark Pokemon designs, including the hair. So Ki-rin would fit perfectly into the Pokemon world, either as legendary or mythical.

It has the vibe of a fairy type, is a Celestial in D&D, and looks majestic and flawless. It could be an excellent Fairy/Steel type, an amazing typing exemplified by the almighty Zacian. One thing is certain; It would instantly become people’s favorite Pokemon.

The Behir is a classic monster from Dungeons & Dragons. It’s a lightning-breathing dragon, which is reason enough that it would make a great Pokemon. Real and imaginary animals that emit elemental energies, that’s what Pokemon built its brand on.

See also: Dungeons And Dragons: The Most Famous Monsters

Obviously the behir would be a dragon/electro type. It also has an excellent design: a bluish snake dragon with claws and curved horns. The Behir has all the makings of a massive pseudo-legend. It’s not hard to imagine a chubby, cuter looking Rayquaza, which would make such a cool Pokemon.

Not many monsters are as synonymous with Dungeons & Dragons as the owl bear. The Owl Bear has such a simple and exciting design that many people are already attracted to it as a D&D monster. So much so that it might show up in the D&D movie.

The combination of an owl and a bear (duh), the owlbear is easy to imagine as a normal or fighting type. The monster combining two animals isn’t even a new concept in Pokemon, first seen in the first generation in the squirrel/turtle hybrid Squirtle.

After mentioning majestic dragons, celestials, and giant monstrosities, mentioning a small animal with a horn feels awkward. But isn’t that exactly what Pokemon is all about? A small but cool looking creature that defeats gigantic monsters. So the Almiraj takes over the cake here.

It’s a little rabbit with one horn and not much design. It’s cute, but could also be animated to be naughty or badass. Sound familiar? The Almiraj has all the makings of a mascot, with a design so vague that any guy with small design tweaks could get imbued with it. This is so close that Dungeons & Dragons accidentally created a Pokemon.

Next: The Cutest Dungeons & Dragons Monsters 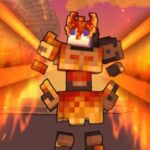 MOP Up: Troves Sunrise update is coming to console 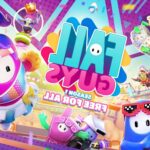 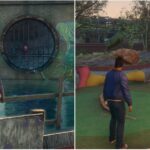 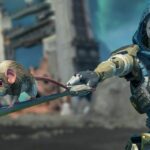 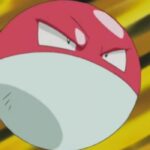 Impressive Pokémon minesweeper game with Voltorb, made by a fan