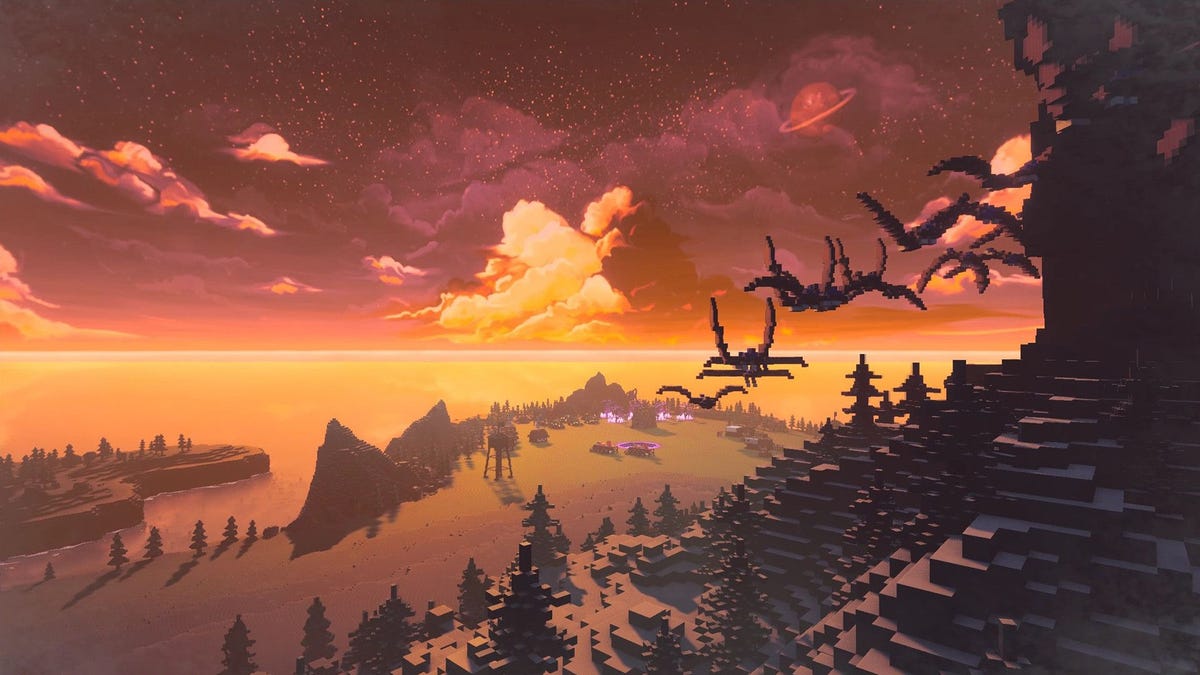 Like the rest of the team kotaku Chasing turkeys through their local Macy’s (I’ve been doing more research this year on what Thanksgiving is), I got the keys to the website again, locked everyone out, and then immediately lost those keys. While I’m stuck here, I think I should tell you about some great looking indie games that are coming soon.

Look, it could be worse. I was trying to find some kind of lead for the phrase “May Seize Day Per Raid”. [Ghost of Ari sweeps through Kotaku HQ’s dusty halls] A better use of all our time would be if I told you about a whole host of great looking indie games that you might otherwise risk not hearing about. Let’s put them on wish lists, increase their YouTube views, and then tell all the other kids about them during recess.

As always, I do not personally vouch for these games. These are randomly selected from a huge batch of emails I received afterwards a trumpet call, and if I don’t say so, I haven’t played them. It’s about taking the opportunity to leverage this massive platform to highlight the types of games that the gaming media typically ignores. So, let’s go!

See, that’s the point. House of Muriet is a voxel-based RTS that completely eschews micromanagement in favor of strategic play. It’s about wizards, building settlements, researching magical abilities and making things explode. Also, OMG, check out this trailer. I usually worry when I read “Voxel” but not this time. It looks like someone shot a stop motion movie Minecraftand the result is absolutely fascinating.

A Cold War era spy sim that lets you select a nation’s intelligence agency and then play on a world map from 1946 to 2020. The video above is an absolutely incredible example of how to showcase a game that is otherwise mostly a picture of a map, making it look exciting. With 74 playable lands and the claim that you can use it to rewrite history in Paradox style, this is hugely ambitious.

Released last month, my biggest annoyance is with myself that I still haven’t made time for it Odyssey of Harmony. Just because of the colourfulness, it is qualified for everyone’s attention. It’s a beautiful looking action-adventure filled with puzzles that have you rearranging reality in a series of dioramas. I’m so glad MythicOwl emailed me as it’s the reminder I needed to finally get going and play this.

No, you can’t move for “roguelike deck builders” right now, so it’s something like that Jupiter moons caught my eye and for the second time! We’ll be a mecha pilot fighting pirates and bandits from Jupiter’s lunar colonies, but because it’s now we’ll use maps for that. This is a case where the trailer really sells it in a crowded market, that combination of intricate builds for your mecha and then the fast pace of the action, albeit through the slinging of cards across the screen. I also really like the look of the art. And it was already on the wish list.

You can immediately see why Sound games have been excited lately around pumpkins. It’s a city-building sandbox, except it’s really serious. So many city builder games that say “sandbox” simply mean, “You can put the buildings where you want while you check off that list of goals.” Not that: There seem to be no goals, no goals, just the pleasure of having one Build a cute little town and then watch the pumpkin veggies move in and interact with what you’ve created. Which just sounds so beautiful.

I’ll be honest: when I read Luis G. Bento’s blurb, it seems to get shouted at CORPUS EDAX (which I think is Latin for Body Eater…) and claimed he was doing an immersive simulation in the style of deus ex and Stand out, was my loud answer: “No, you’re not.” Because a human being can’t do that. And then I watched the trailer and… dammit. He maybe is. Well the footage above is described as “pre-pre-alpha” and it’s not just you it has no sound but come on! It looks impressive, doesn’t it? Also, you’ll notice that there are no weapons in this “retro-futuristic” (not) RPG where instead you just fight with objects lying around. Like in real life.

STARS IN THE TRASH – Announcement Trailer

stars in the trash

If you’re a certain age (it says old), you’ll remember the heyday of 2D Disney platformers. There was Aladdin, The Lion King, and uh, that’s it. But both were revered, which combines a halfway decent platformer with Disney’s animation style. That is the goal of developer Valhalla Cats stars in the trash. You can see in the footage that it looks pretty, albeit more 80s Euro animation than Disney. I really don’t like this title, but the game itself looks like it could be nice.

Developer Spritewrench has two projects going, the first for next year has a brilliant name About the danger of parrots. It seems to be an intriguing puzzler where the trailer’s familiar looking puzzle type then quite surprised me with the “destroy all humans” menu option. But grabbing me further is 2024’s Duppy Detective Tashia, a detective game set in the Caribbean where you help the titular Tashia find her stolen phone and, well, shadows. It is based on the folklore of the region, where “duppy” is a form of ghost, sometimes a malevolent spirit, and the basis of many excellent stories.

It could be argued that I randomly picked this game because it’s called chicken trip, and most other days you’d be right. But after watching the footage, I discovered a pixel platformer that reminded me of when I was a boy and sprites would cling to vines correct. The whole thing looks adorable, with lots of puzzle solving and lovely chatter, and really looks like I wish I was playing it now.